I haven't posted in a couple of days. Things have been on edge here just a bit, another neighbor (2 doors down) passed away, went to one funeral, and damned if the new girl didn't show up yesterday (well Tuesday) and just like she did a few weeks ago, no call nothing and didn't answer my calls/messages. UGH! Then the American League won the All Star game............again. I'm all for a pitcher's duel, but if it isn't like 25 strikeouts (1 pitcher) and 25 ish by the other or a NO NO going, I'd rather have 20 home runs. That's just me.

Anyways, the same guy that sent me the Hostess I posted the other day sent me a few more Tuesday, but of lesser condition with a note saying there would be more. 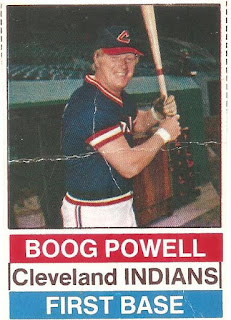 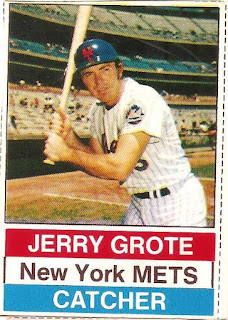 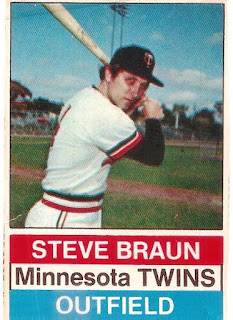 I'll take em'. I didn't have them so they work for me for now.  I also got a single card PWE Tuesday from another OCTer. 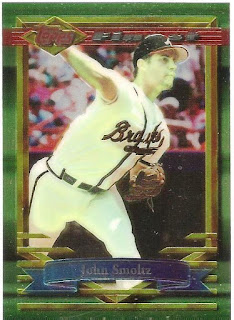 This one had a note saying "here's a toughie for you".

I swear I must of said huh? It wasn't until I actually was checking my excel pages to see if I needed it, when I realized it was a toughie. 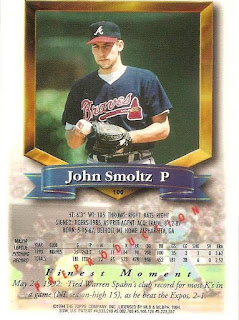 See the card back. 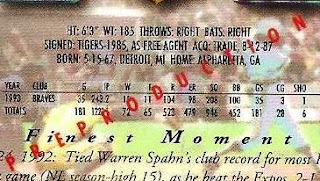 Pre Production. Closed out that one. Done.


Let's see what the mailman brings over the next couple of days.

Posted by Johnnys Trading Spot at 1:18 AM