I'm trying to clear a path through my house while I'm home in Florida. I mailed some packages out rather boxes. That was a little progress, but not near enough. So, I started with the oldest cards sitting around.  They were/are just what the title of this post says they are. I got these over the summer and truly meant to post them back then. I scanned a ton of them today and will be breaking them up into sections. 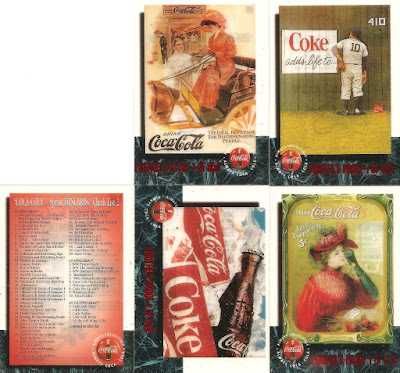 I'm starting off with an all Coca-Cola theme. It will be the only "long" one. 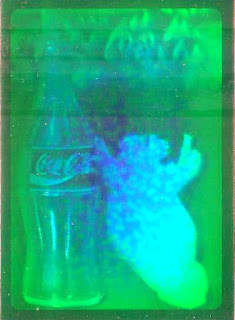 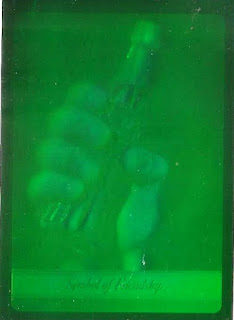 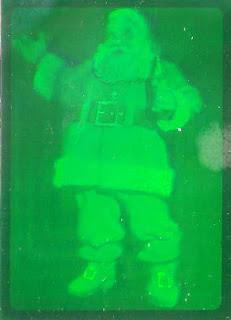 These 3 didn't scan well, sorry. With the recent Christmas post I made, many of these would have been nice to have them in with those, but no I had to put them into a box and let them sit around for 6 months.  No longer..  Done. 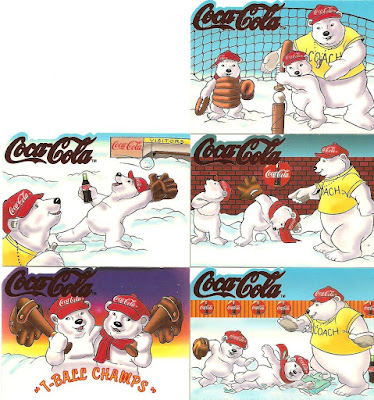 I'm not sure how many I'm missing from this set, I know that I am missing at least 1. 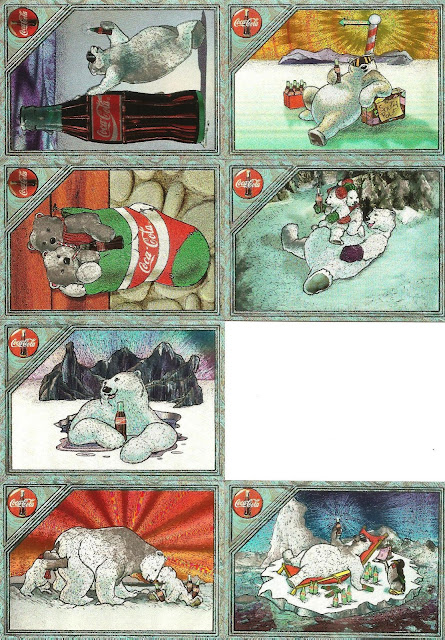 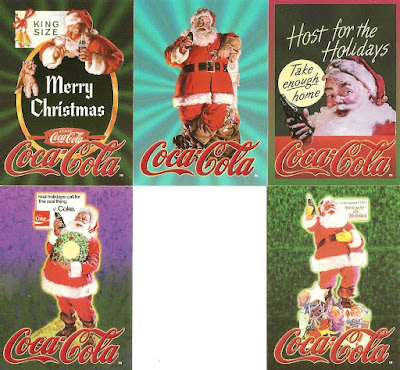 Another thing I am noticing (just now) is that I didn't group the Santa inserts together from the different sets as Coke ran them continuously. 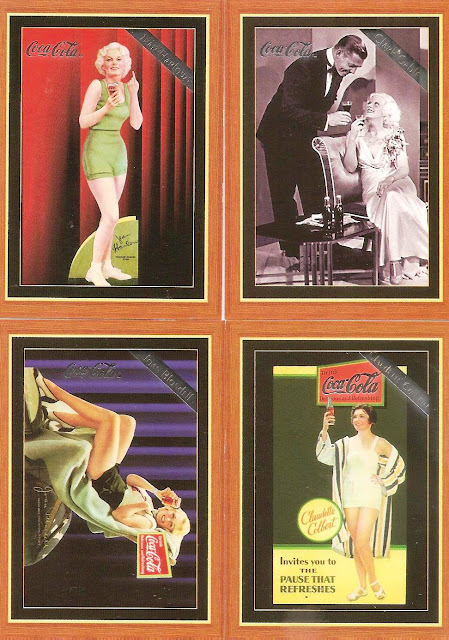 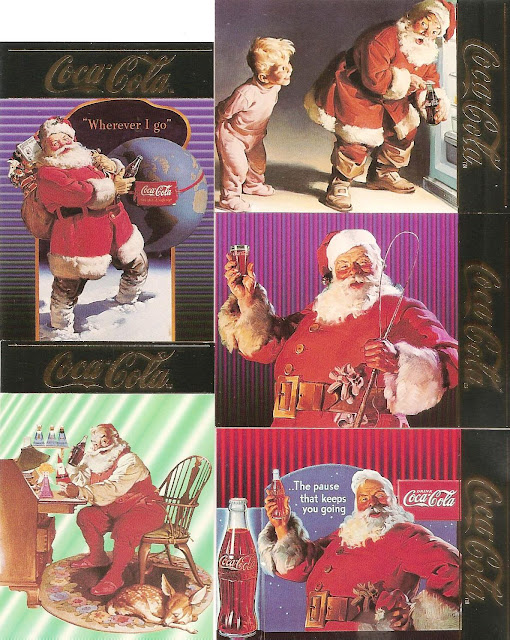 More from the Santa series'. 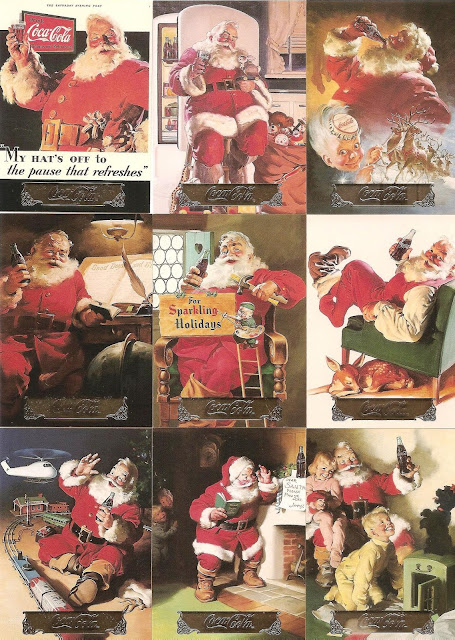 These phone cards were issued in Dec. Coinciding with Series 3 card set I guess.????

These were issued in April 1996 following after Series 4 cards. 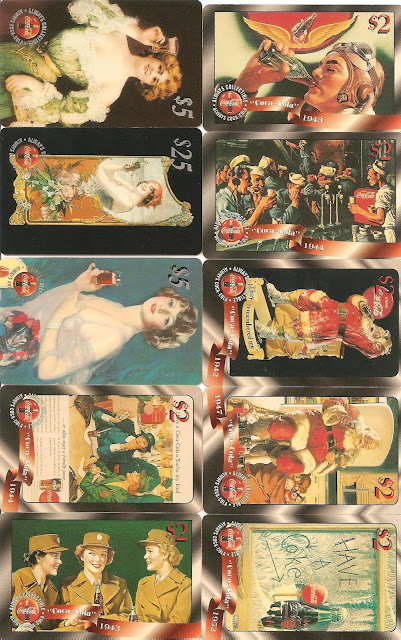 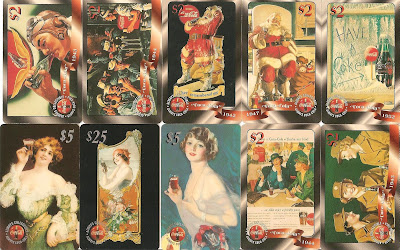 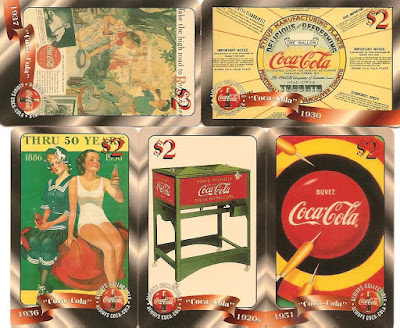 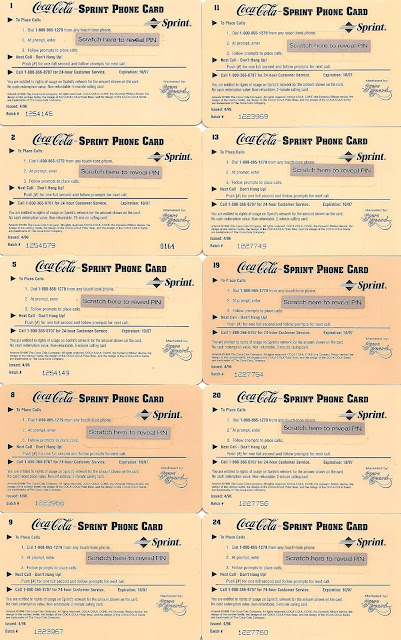 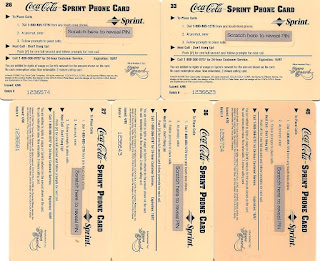 It is the only card from the series (from which I own) that has a secondary serial number? in the bottom left. I have no idea why.


When posting the other "promos and such" I will show the backs, and will keep it shorter.