Last Saturday I went to card show a couple of towns over. I should have known about the existence of this show before, Shame on me. The Villages, FL is kind of a unique place, it's where a lot of well off people retire so they can play golf on a different course twice a day for the entire week and still not play all of their courses. The residents have thousands of clubs to join, one of them is baseball cards. Wow, I should have known this, but I didn't and I've worked in there for over a decade! Anyways, back to the show: They have regular card shows monthly from September through March. (They do not have shows while the snowbirds are away). I found this out in early March, so I figured I'd catch the show and go see a few clients afterwards, and I did both. 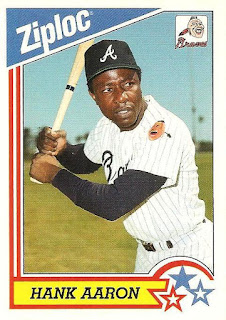 This was rather a large show, and in the first room I stopped at a dollar box. It wasn't my best cardboard purchases, in fact probably ranks near the bottom lifetime stat wise. 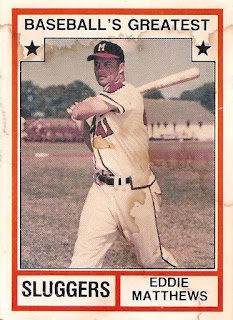 But, still I did grab a few that were worthy of the buck. A few. 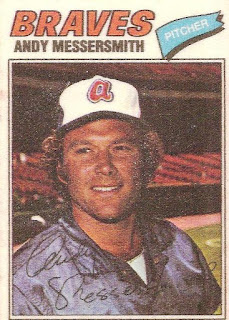 1977 cloth sticker Braves card, yes.  I didn't get any cloth Braves (there are 2) at the Tampa haul. 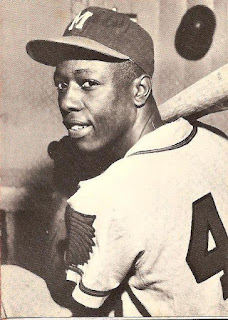 Nice odd ball Aaron. I hadn't seen this before. 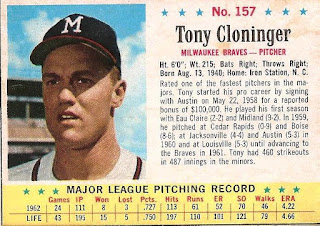 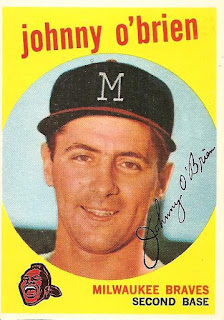 This is a gorgeous card. I do have major concerns about it's authenticity though. 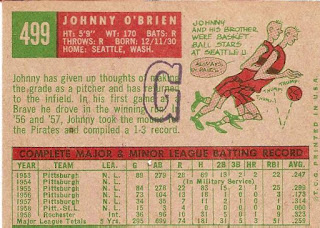 here is the back side... Any comments? 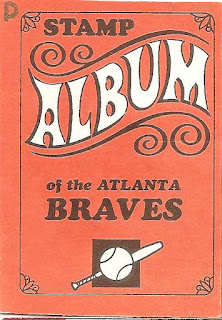 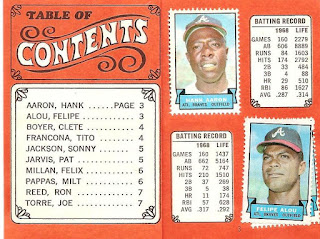 It does have 7 of the 10 decals inside, including 3 Alous as you can see placed one on top of the other. I guess they didn't keep doubles boxes back then, hehe. 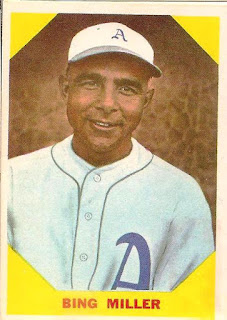 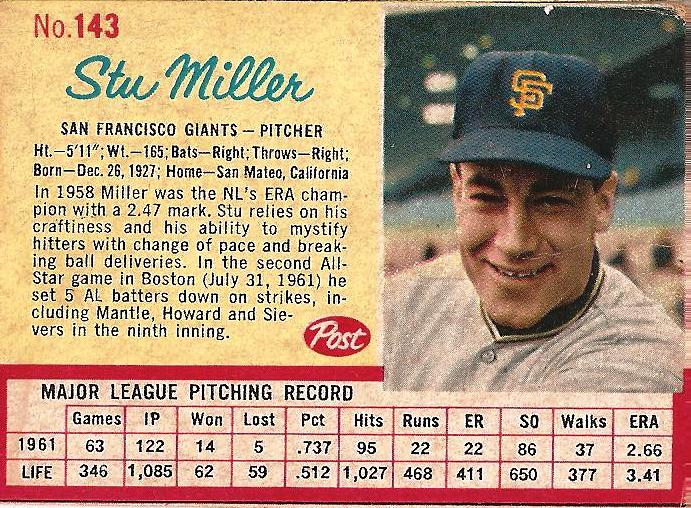 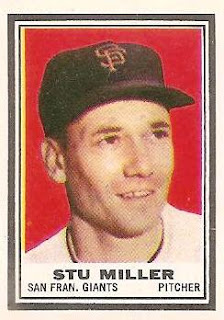 I picked up these 3 vintage Miller's.  I'm okay with that. 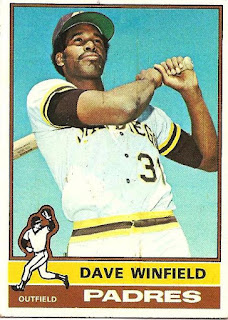 I already have this Windfield in the set build, so this one is heading into the PC binders. 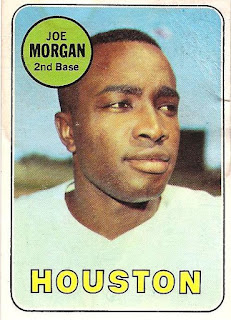 I didn't have this Morgan, but I will not be putting this one with the set build, as the back is missing quite a bit of paper, so it is heading to the PC binders as well.

This six pack of super stars were needed in the set builds. 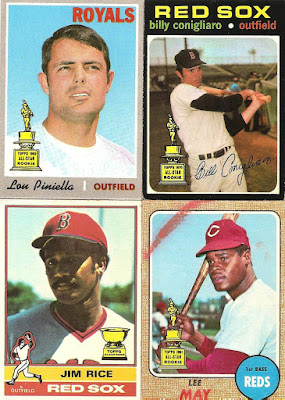 These four Rookie Cups were needed for that binder. I check the cups before the set builds. 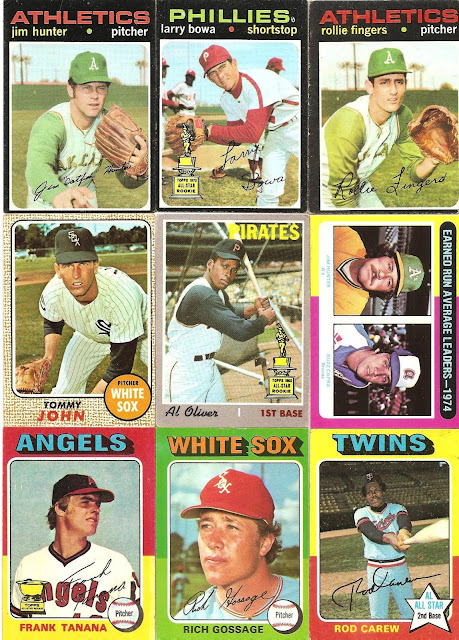 Some vintage set build needs. I grabbed a total of 31 cards plus the decal/stamp album. I asked the vendor if he'd take $20.00 (I would've been A.O.K. with that), but he wouldn't, countered with $25.00. Somehow when scanning the cards I overwhelmingly felt it wasn't such a good deal. I guess I am spoiled with all of the amazing deals I found last year. 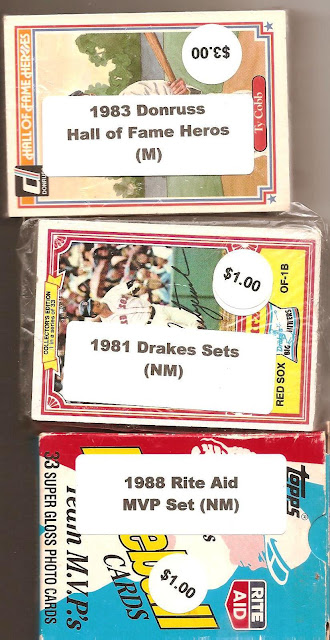 Grabbed these 3 odd ball sets out of the second room. Can't beat that Drakes set for a buck! I'm pretty happy with the Donruss set too.

There was one other deal I just couldn't say no too. My only decision was do I buy 1 box or all 4 boxes.  Boxes of what you say?  Junk wax. I already have the complete set, so it was just for ripping.
I resolved myself to just one box of the 1991 Studio 48 pack wax boxes. It was fun,

Posted by Johnnys Trading Spot at 8:20 AM