I haven't posted much this past week, as this is the time of year (10-15 thru 12-7) that most of my work is done. I did want to post about a few trades made this month. I didn't scan the "Birthday" hits from Douglas Corti, but definitely wanted to make mention. Douglas is from Canada ( I didn't know that until I got the bubble mailer he sent me), and gave me some variety to add to all three Birthday Binders 9/16, 1/30, and 2/25. Doug sent me a good mix for 9/16 and a bunch of Hockey for the other two. I don't collect Hockey cards, but definitely will fit them into those binders. Love that mix. Doug also sent along an Elway card which was NEEDED, which is a tough thing to do, so another big thanks there. Doug didn't stop there, he managed to throw in a few for the GATOR binder as well, which doesn't happen too often. It is obvious that Doug took the time to go through my extensive want lists and that is so VERY much appreciated. I only hope that he can use the "Birthday" cards I am sending him (2-14). I only had 37 different, all baseball 80s and 90s which I feel bad because one of the 9/16 Douglas sent was a 1957 Topps baseball. THANKS DOUGLAS! 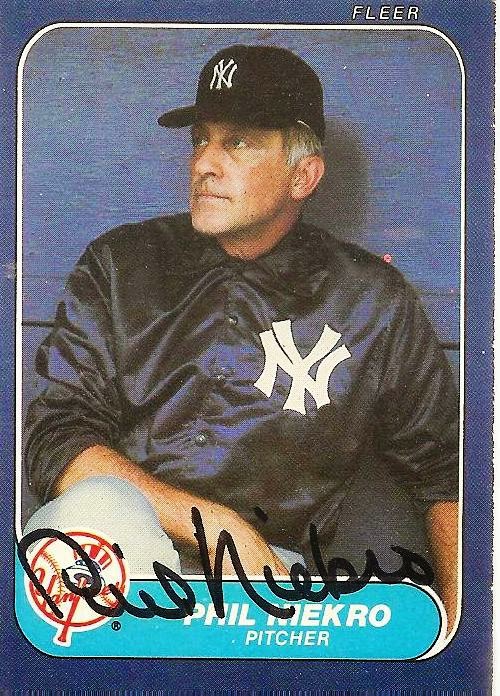 This Phil Niekro autograph came from fellow OCTer David Ballew. The only thing that would make this auto better would have been Phil wearing a Braves uniform, but I "ain't" complaining, LOL.

Next up was a trade with Duane over at Roadkill. This was my first trade with Duane (or at least I think so). Duane needed some 1964 Topps and I had one or two from his want list, hehe. I sent them this week, and I got these mainly A & G's from him. Duane slammed me with a bunch of the minis which I had very few. Take a look at them.

The 2005 Topps base DeRosa was a hit for that set too.  A couple of black minis. 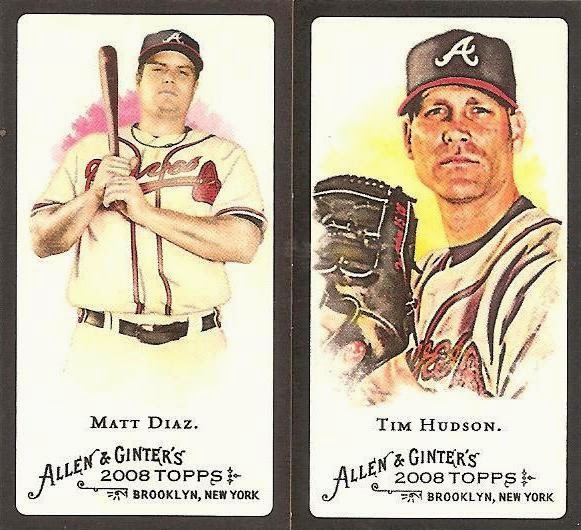 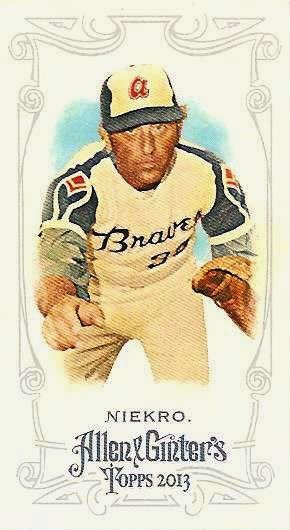 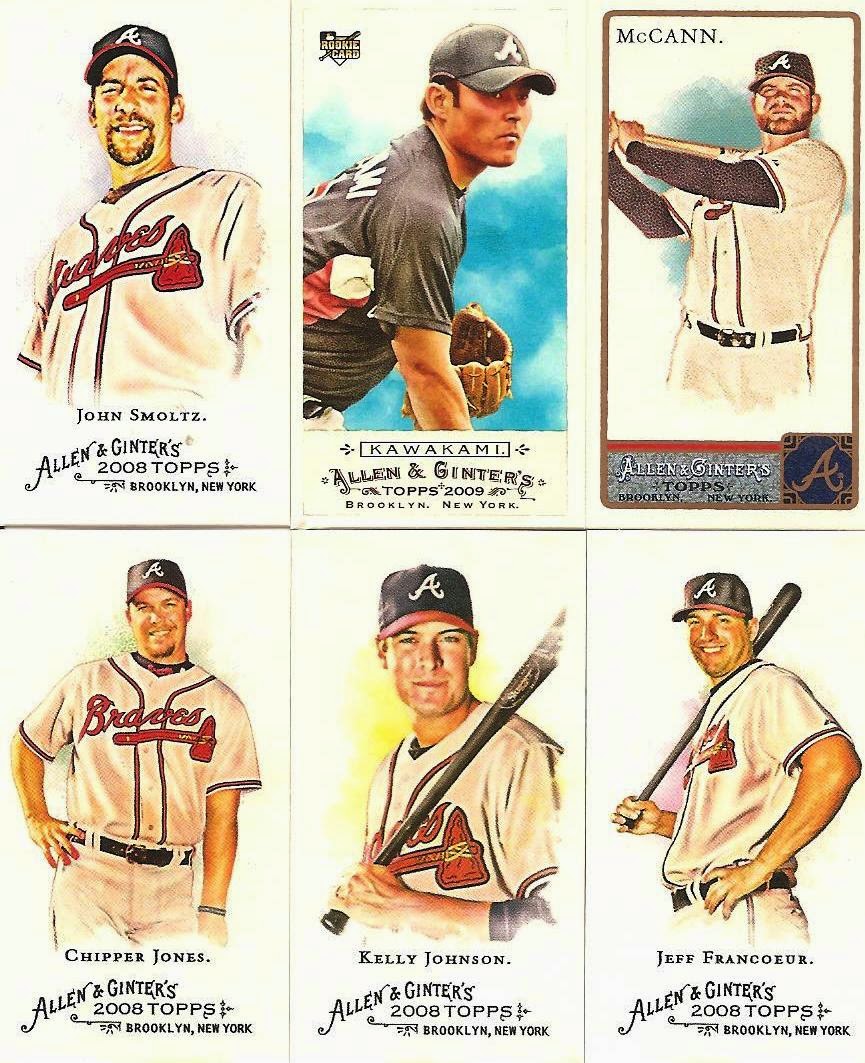 Duane loaded me up with A & G minis, and he didn't stop here either. 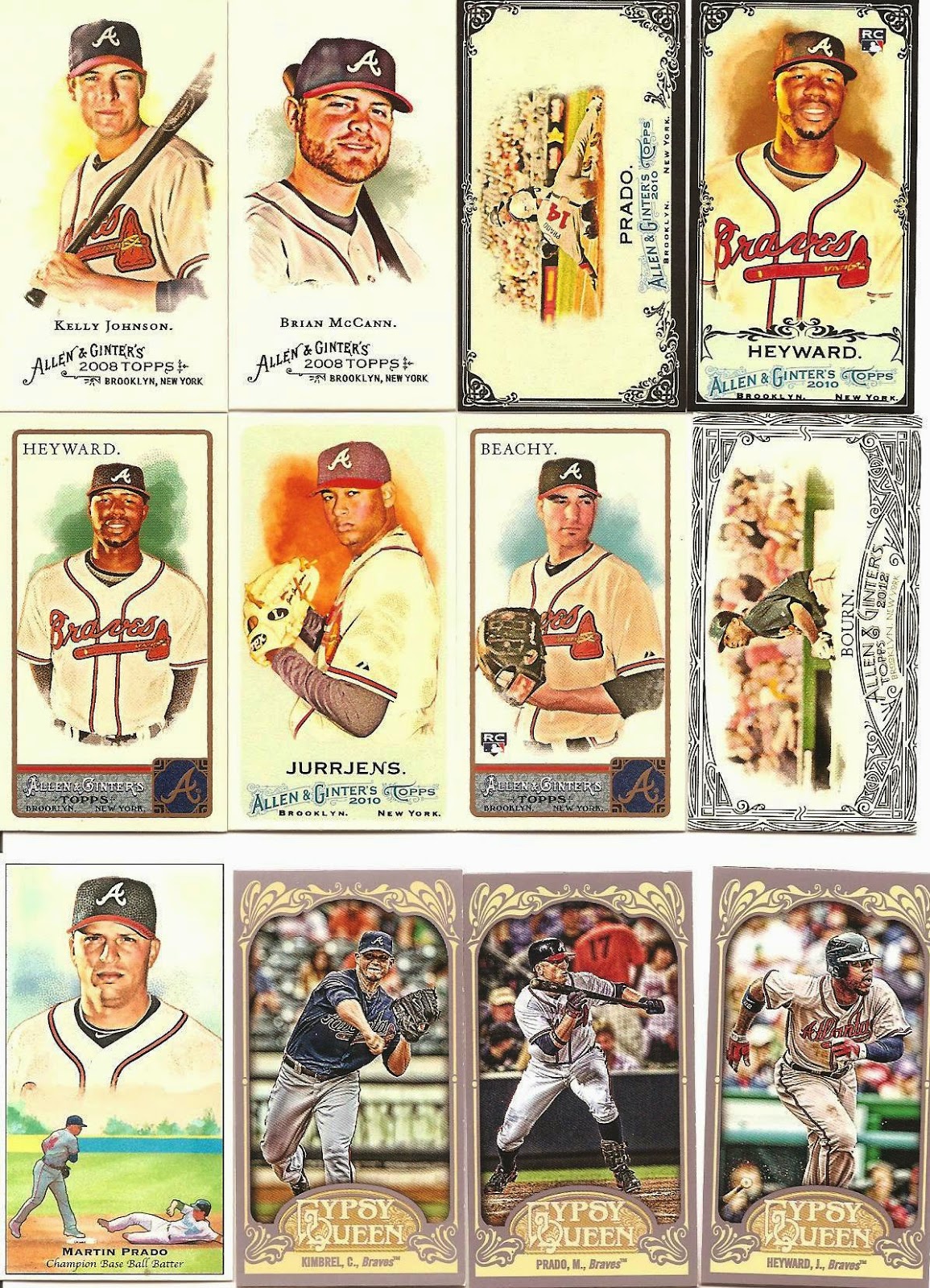 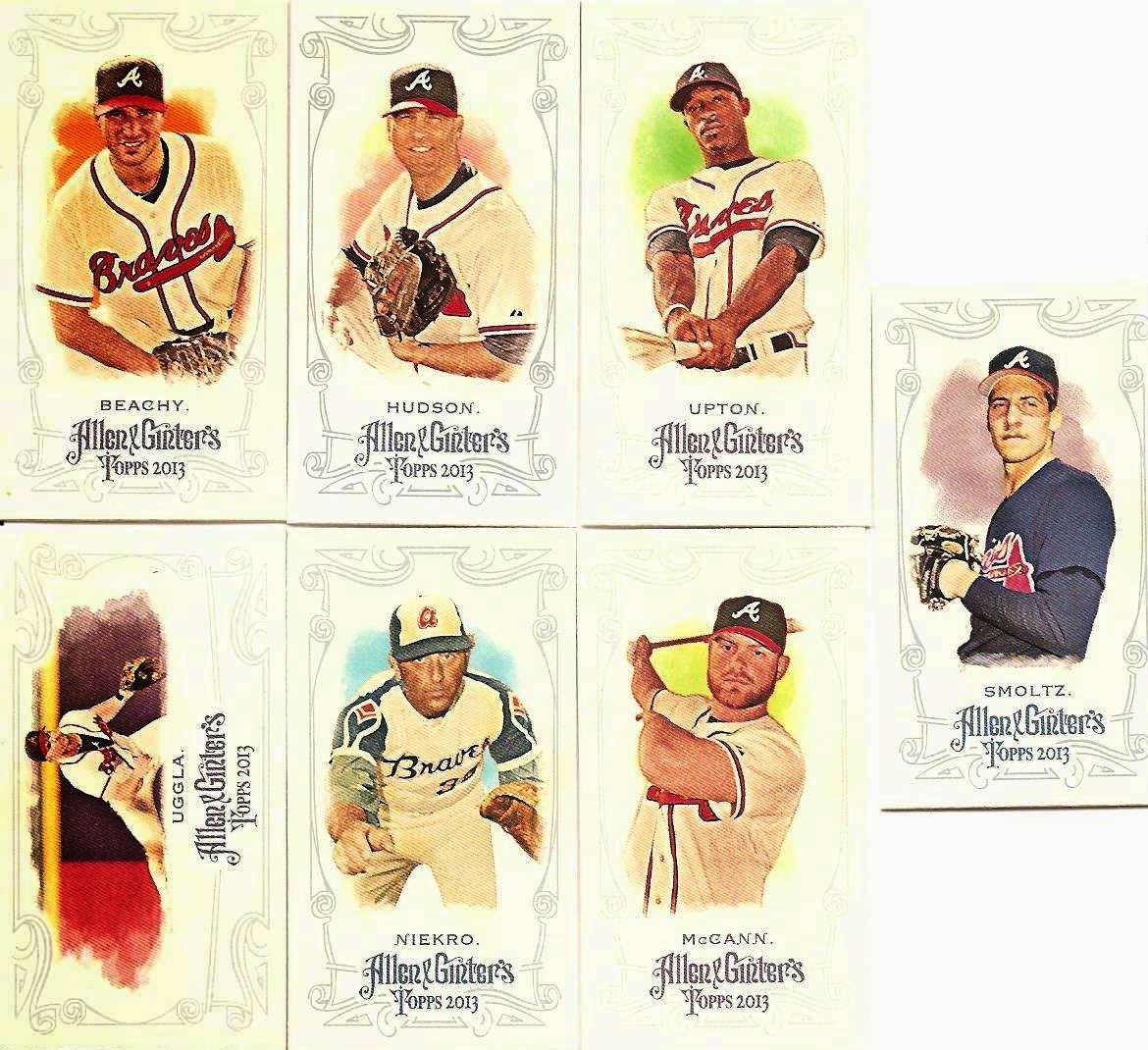 Some of these may seem as doubles, nope they are the A & G back versions.

Duane also hit me up with few base cards that I needed too. 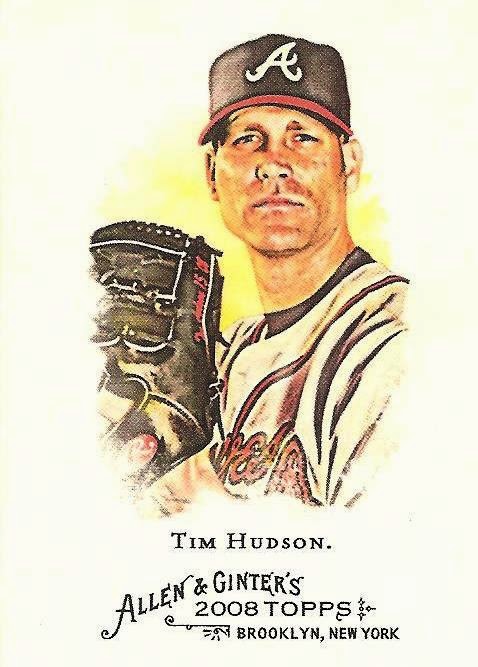 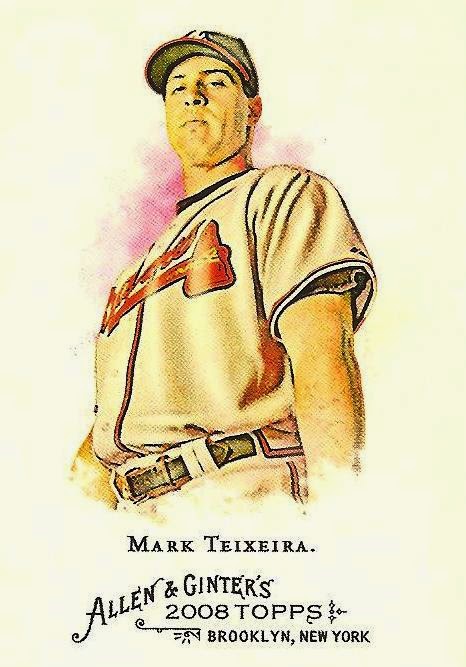 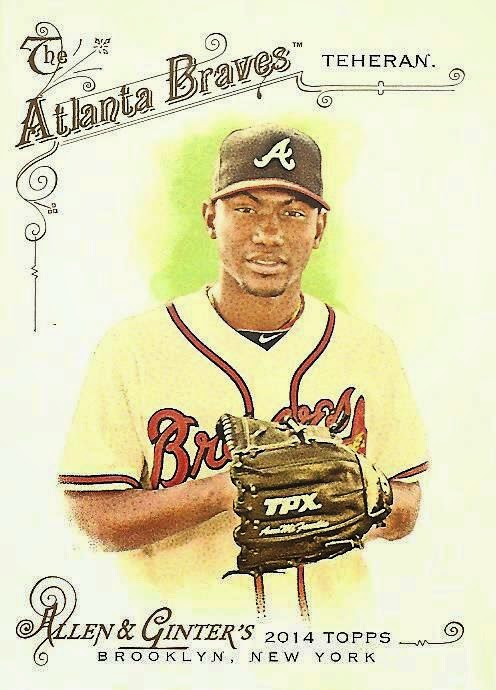 This one closes out the base set. 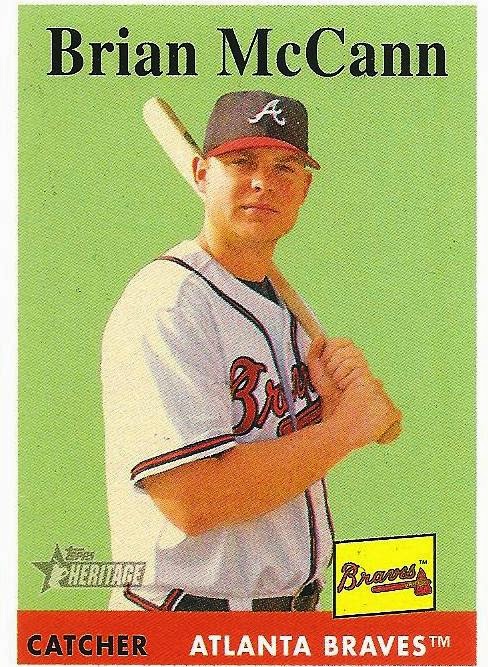 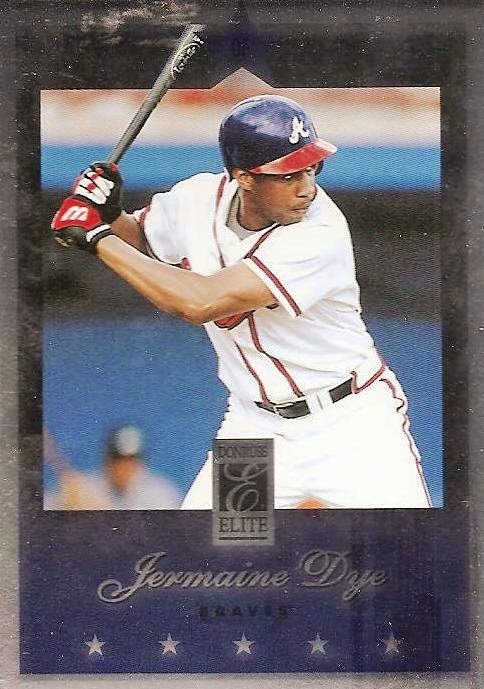 The last two here are serial numbered, also a plus. 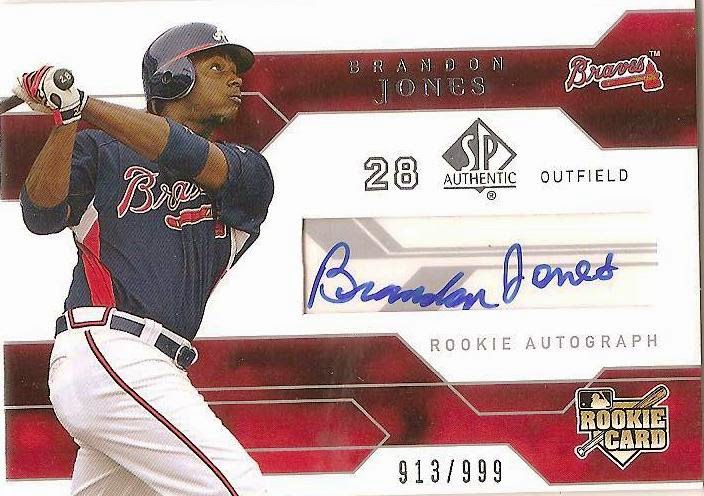 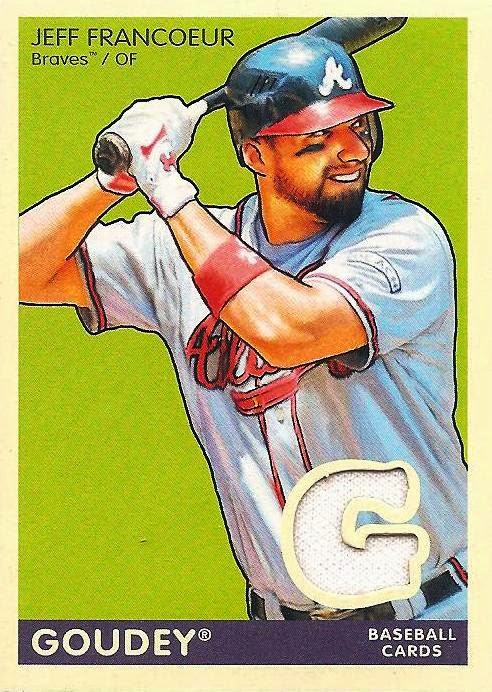 And last but not least this jersey card.