I showcased the Braves yesterday that I picked up this past Saturday. Not a slew as my focus was to be grabbing vintage set build needs from cheap boxes. At least that was the plan. I didn't get to hit up but two dealers so I really don't know what I missed out on. I dug through 5 3K boxes at my buddy Fred's table, but those were cards that he had there for his buddy and not his cards. We'll look at some of those tonight. That is not to say I didn't get some of Fred's stuff......I did and you'll have to wait for a special post on that stuff.

The other table I dug through provided me 10 1.5K count $1 boxes. Most of those will come in "some" of the vintage posts (at least 2). I bought bulk so I got a deal rather more of a discount on the cards. 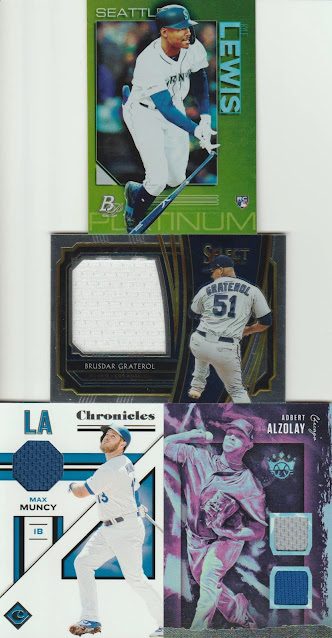 Graterol is not yet a PC guy, but he is on my watch list. Muncy has already moved from "watch" to "future" PC guy. That is say I grab them when i see them, throw them in a box. One day I will sort them all out and make a list of what I have. No time soon though. Alzolay is more of a "watch" guy. Lewis is of course in the same boat as Muncy.
. 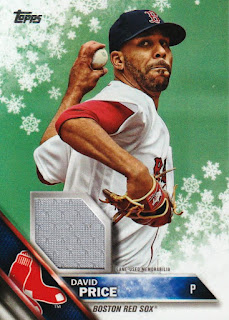 I can't help but grab up the Topps Holiday relic cards. I have no idea why I do this. I'd much rather have the "variation" cards. 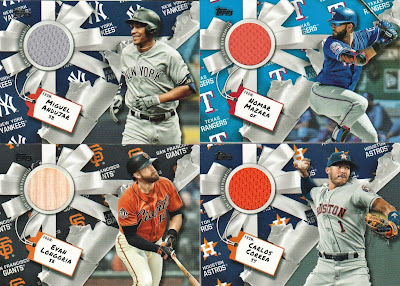 I don't know why the lighter blue background is on the Mazara. I need to check if there parallels. All of my other cards from this year is the darker blue. 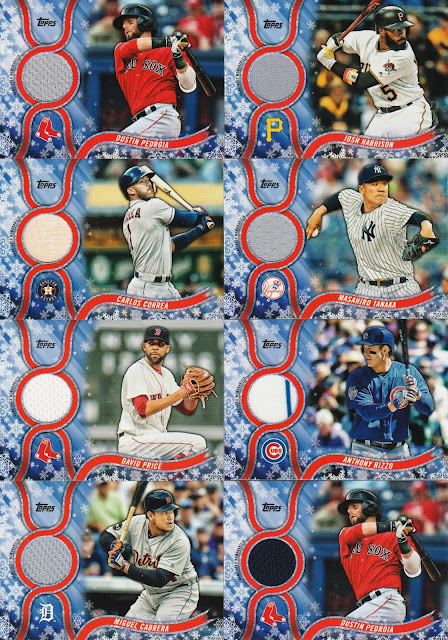 Like i said I can't help myself. Hey, at less than two bucks....why not?
Now, to kick off the "REAL" PC guys I'll start with 1 autograph then the rest will be relic cards. 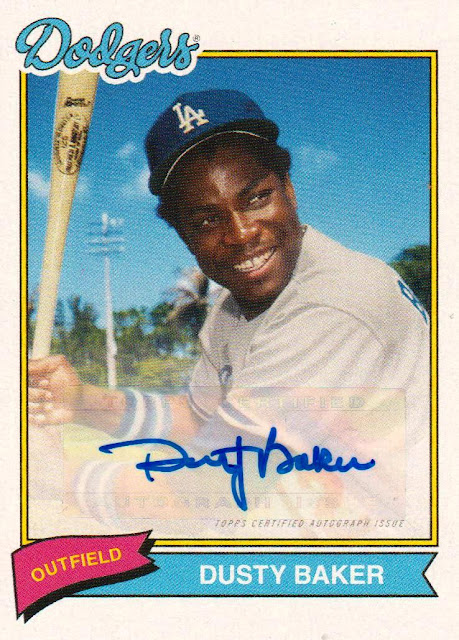 Sticker or not, who wouldn't pay less than two bucks for that card.

Huge deal for a $2 quad relic of Kershaw, and a Spectra materials card of Baez. 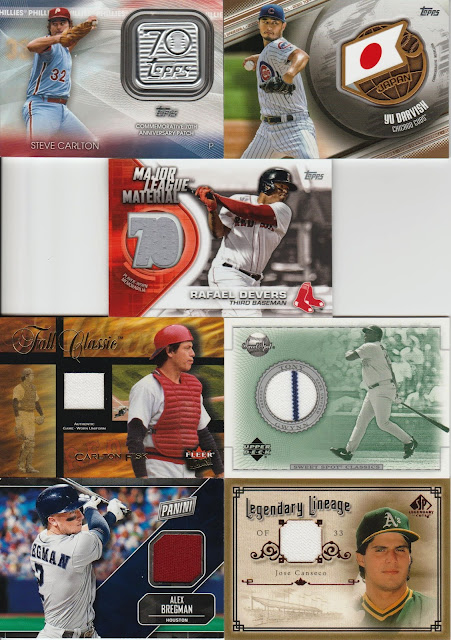 Technically, the top two are not relics, but medallion like cards. The Darvish is numbered to 50!

Tomorrow is Wacky Wednesday and will be showing off some of the HUGE collection I bought last month.

Posted by Johnnys Trading Spot at 11:42 AM