We are up to series 2 of the Silly Supermarket stickers. These released in 2003 like series 1. I also may have a hiccup for series 3 and 4. I have them (back in Ocala), and I had scanned series 3, and highlighted a couple for series 4 because series 4 is a re-issue of series 3. There are 3 puzzles for them both, and ser. 3 has 3 bonus stickers and a promo whereas ser. 4 a poster. Apparently I delted series 3 along time ago. When I pulled up series 4, oops. It wasn't going to be an issue, as I was running home Friday, but I may have to cancel that trip. I'll know tomorrow night. But it is unlikely.

Now on to the 24 Silly stickers for this week. 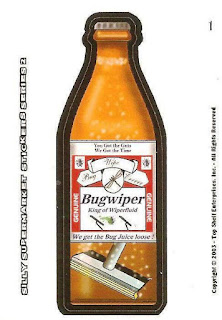 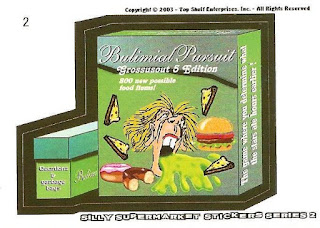 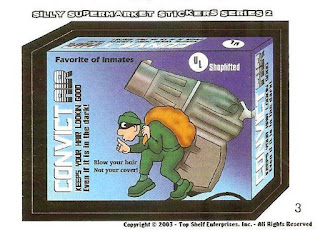 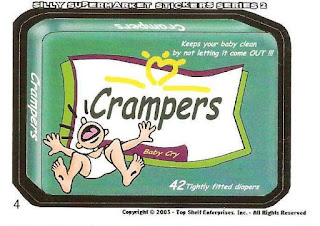 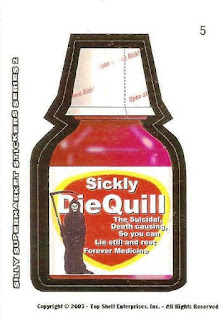 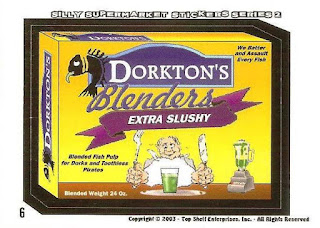 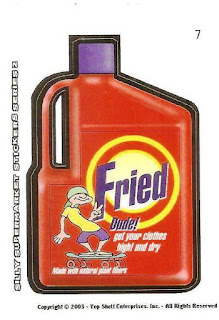 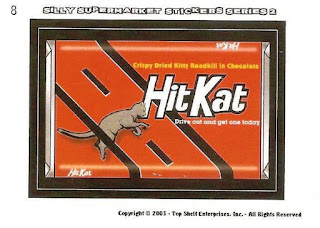 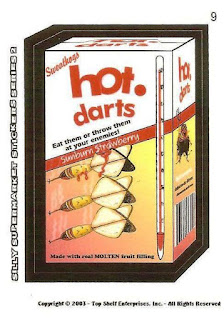 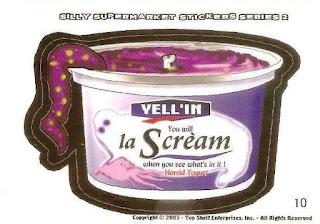 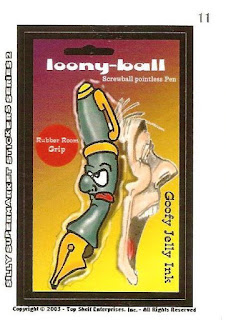 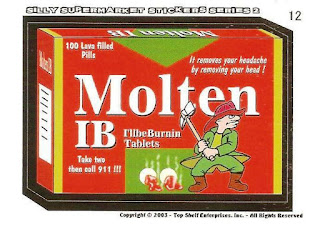 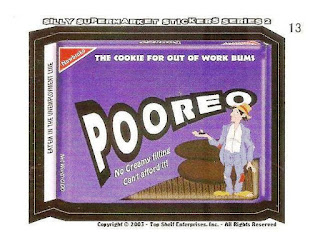 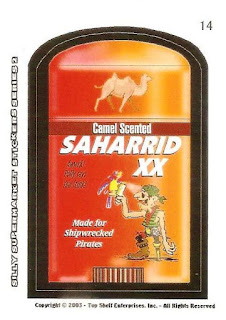 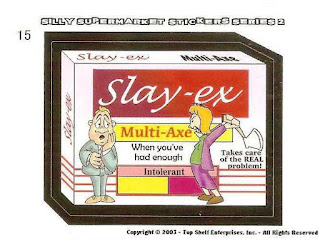 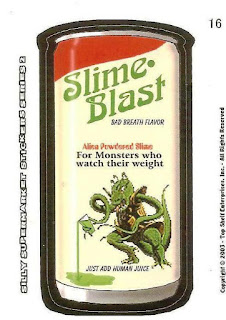 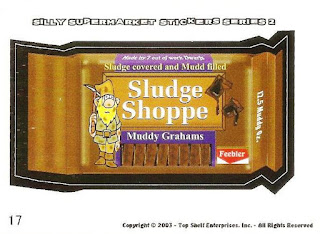 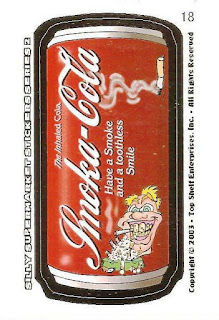 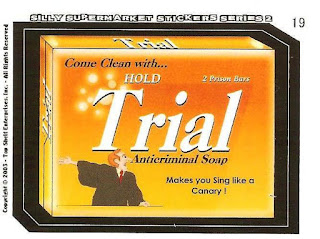 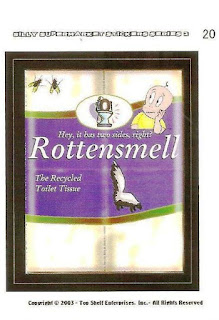 If the shelves were stocked with the they still would sell out. 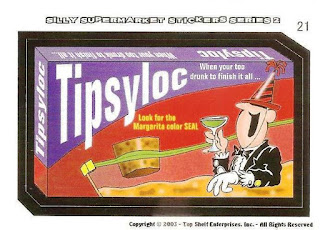 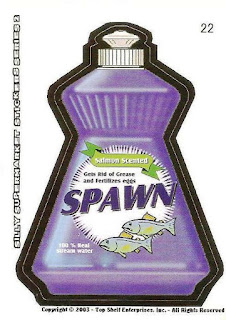 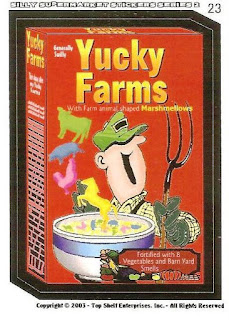 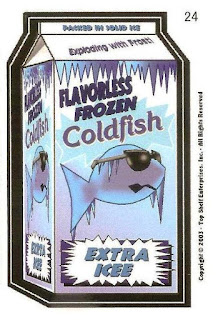 That's a wrap.
Posted by Johnnys Trading Spot at 10:19 PM