Hey Hey Hey. Series 1 1973. I must start out with series 1, and will go through series 16. Well, at least the stickers that I have. I don't have all stickers or even all sets, but I do have a lot. I also have soem tattoos and die cuts that I will use when we have a series with no HAVES (sooner than you think).

For series 1 there are 5 versions of the stickers. Base white backs, tan backs, red ludlow, black ludlow, and the version that came out first.......the cloth stickers. I have a complete set of the cloth stickers, but not the base versions. They come with a story too. 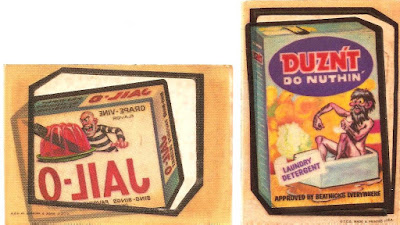 I've these for a very long time. Back in 1992 when I got back into collecting baseball cards, I stumbled across my Wacky packages. These cloth stickers had a problem, a big problem......

The glue leaked, so I thought that it would be a good idea to put them into penny sleeves.  Nope, BAD idea. I didn't know it at the time, but in 2005 the next time I was looking at them I did find out.

So I tried to pull them out, Jail-o was the first one. I knew immediately that it wasn't going to work. What to do?...... I figured I would place the in the freezer.  Once frozen it you'll call it that, I tried to remove Duznt, better but still not going to work, so I decided to leave the rest in the penny sleeves. That is the whole story so let's look at the rest of the series. 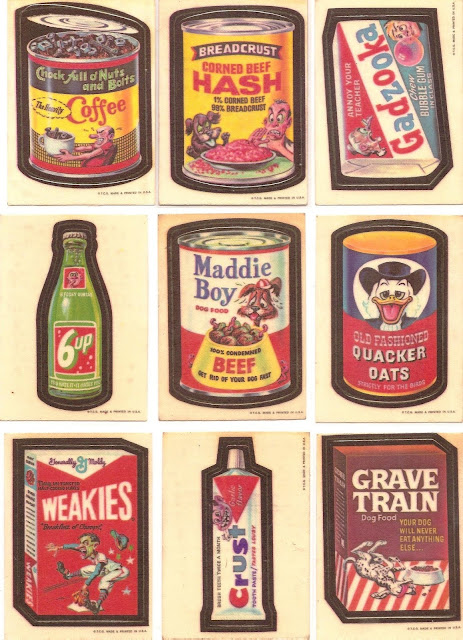 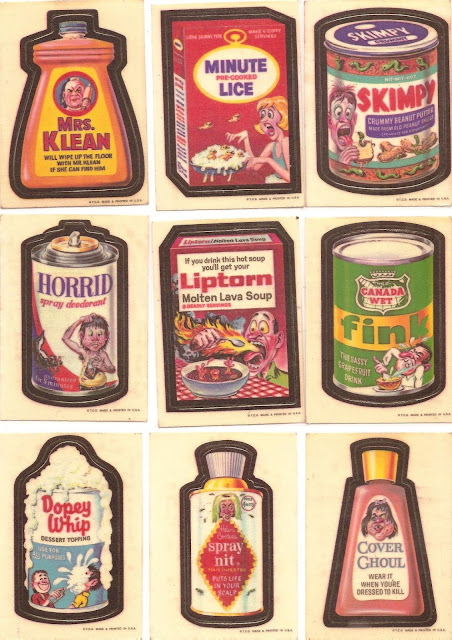 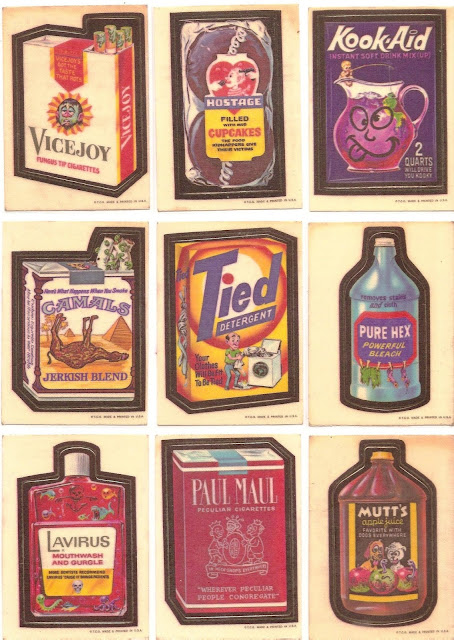 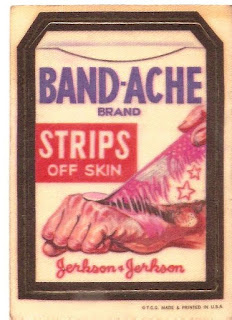