I've been holding off on part 2, as I was/AM 4 cards short (delayed) on the order. Dean's cards was/is slow on delivering to ComC. Oh well, I'll have those 4 for another day.  Lots to show so let's get moving. 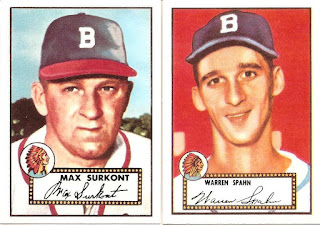 1952 Topps Warren Spahn. Wouldn't I be happy if that wasn't a reprint? Nonetheless, I needed these two for the team set. Down to just 2 more Holmes and Mathews RC. I'm also building the the reprint set and picked up the Spahn for it too. 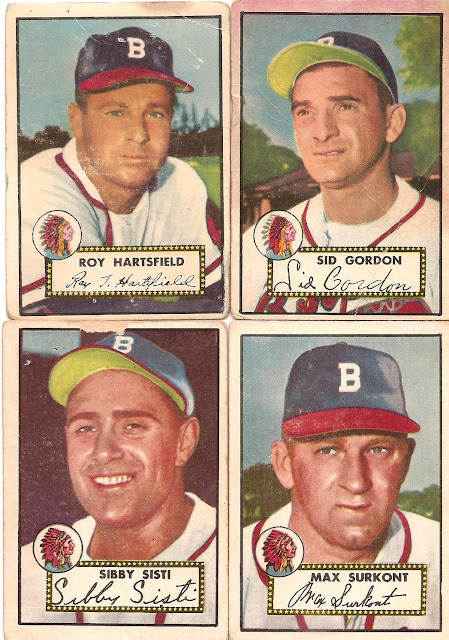 Now these are real 52's. Hartsfield is beat up the most, but it will do for now. 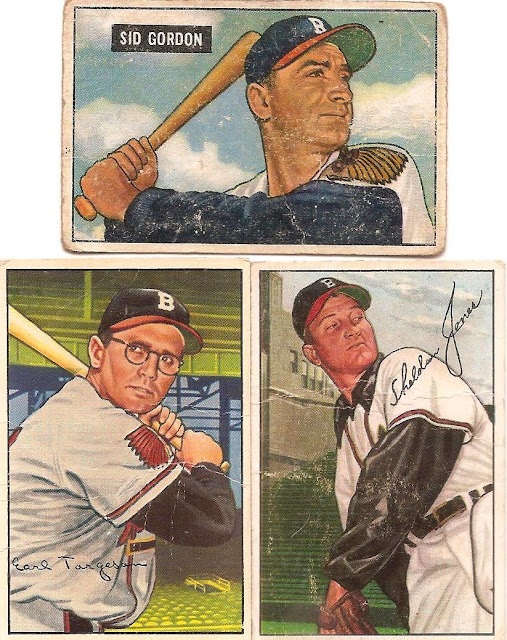 And a few crinkly 51 and 52 Bowman's. Especially the back side.

Well crinkly isn't the word, paper loss. I swear I wouldn't have bought it had I known. I looked at the back via "turn over" it didn't show this.  Just a dark spot and was listed as "water damage".  Chalk that up as lesson learned. Won't buy from that seller again, won't buy "water damage" again either. 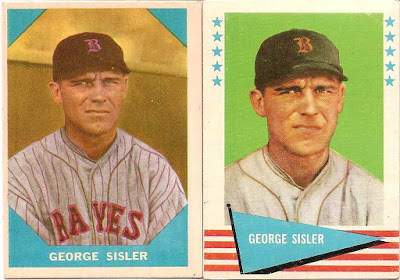 Turns out I didn't the 61'. Oh well, it goes into the Braves dupe boxes because I already have it in the set build and Braves team set. 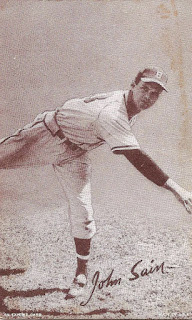 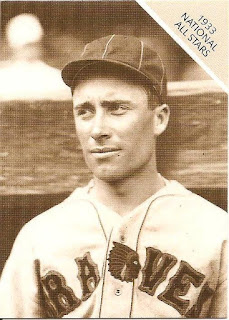 This is a Conlon from 1988 before Mega cards produced them. There were 2 24 card sets: 1 for National and 1 for the American league, plus a Negro League set. the Braves had 4 all stars in the set, got to get the other three now. 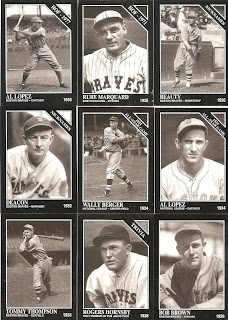 Braves I need for the team sets, 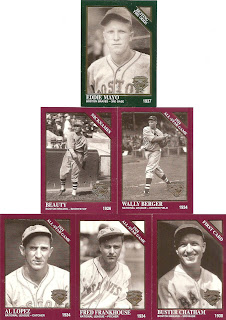 and colored Braves too. 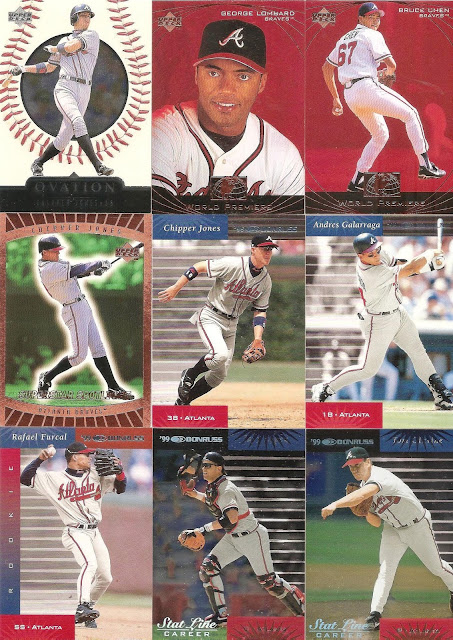 This closes out the 1999 Ovation and Donruss Braves base set needs. 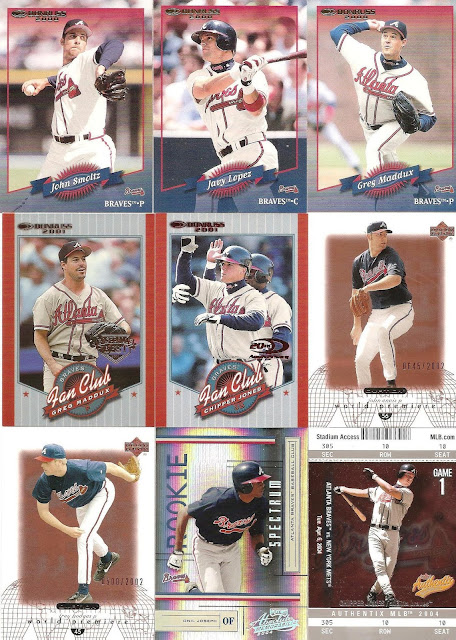 Andruw is from the base set, and the rest of the 02 Fleer (not tradition) are Tiffany.


Posted by Johnnys Trading Spot at 5:50 AM