Last Saturday I made it to the Jax. card show. I had previously posted that I would be trying to stick to the cheap stuff this go around.  A few of the regular's weren't there this time, and that was a bummer because those are the guys that I get really good deals on. Let's see how I did with what I had to work with. 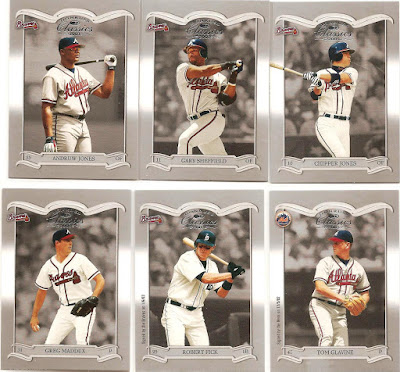 this one. Yes, Fick is a Braves card and I count Glavine too as he is in his Braves uniform. I have mentioned recently that once I am home I plan on cleaning out. By that I mean a lot of the sets I built and/or are building will be discontinued. I'll pull out the keepers for the PC, Braves, and any mini collection needs. The rest will go into the trade boxes which I have to dump on those too. These two sets were hard to pass up for a Lincoln. I haven't decided if these are two of the "brands" set builds that I will be making light of, but more than likely. 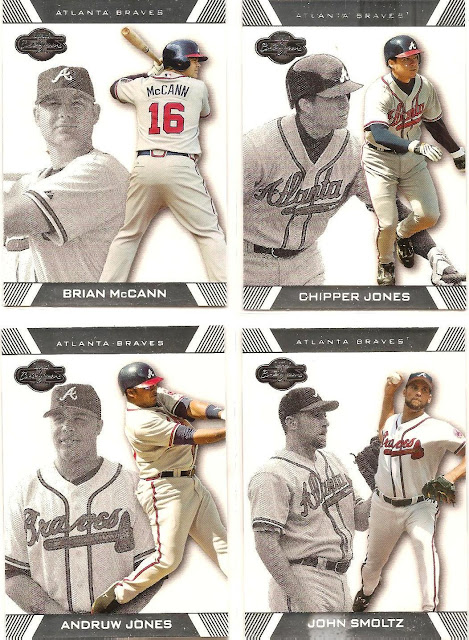 I grabbed this set too, and I know I will be pulling out what I want here. I had made up my mind about two months ago to thin the set builds down to mainly the Major base or flagship brands like Topps, Upper Deck, Score, Fleer, Bowman, Pacific, and Donruss. But on this last trip home I had some encouragement to do so. I have a hundred or so large/full complete sets already, but they are in 800 ct. boxes and not in binders. The shelf that these sets plus all of the smaller sets were sitting on is collapsing, several brackets have popped out of the wall and left a terrible sag in the middle. so I pulled out about a third and set them on the floor figuring t his should last until I get back home. I certainly hope so. 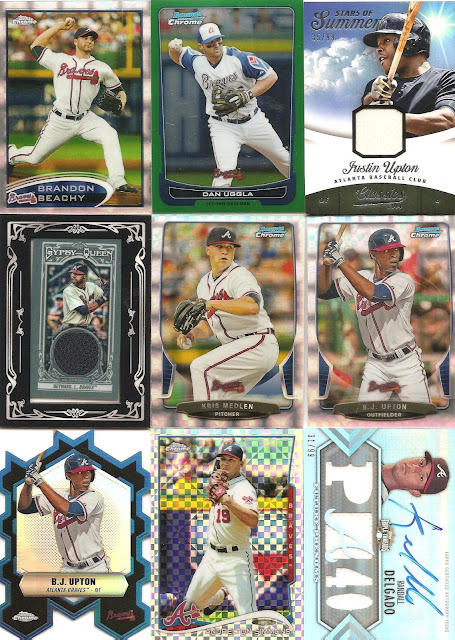 A dealer had a box of autos and relics, etc. with prices as marked, but told me not to worry about we'd work it out. so I pulled these Braves cards. 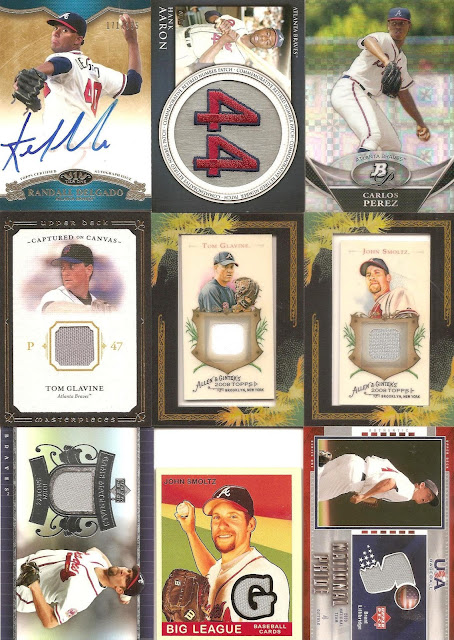 I wound up pulling 3 doubles here, and I also grabbed a nice Biggio you'll see in a moment for $2 or $3.00 each. I was feeling a relic itch, so I found another dealer with some cheapies. 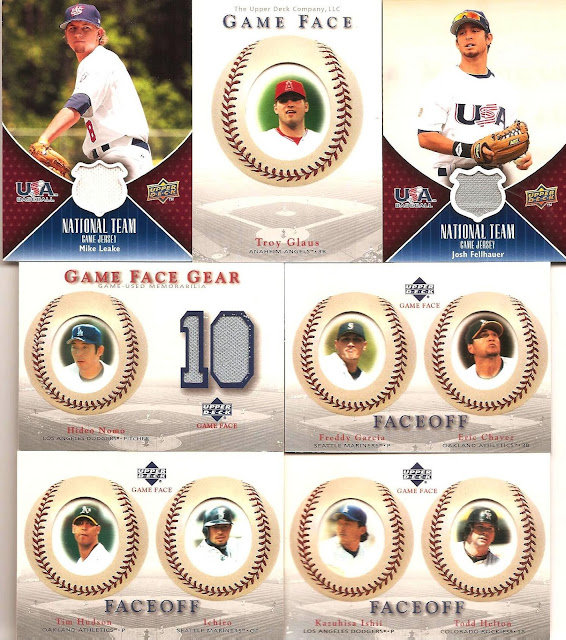 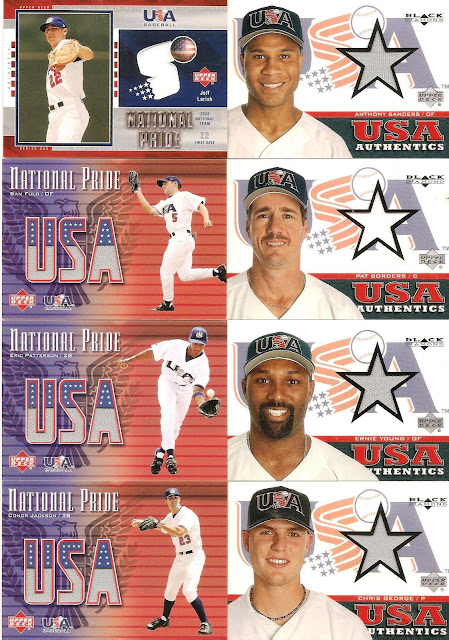 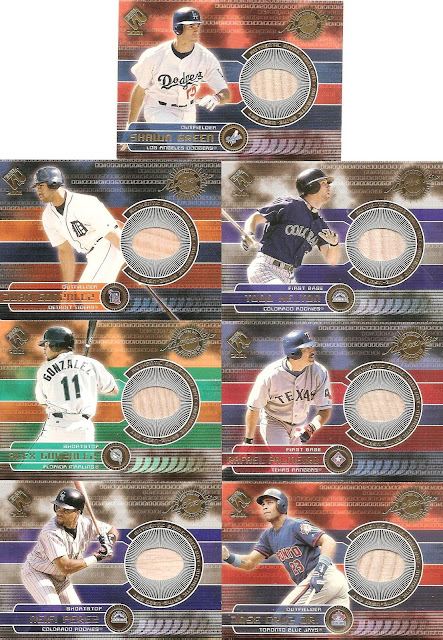 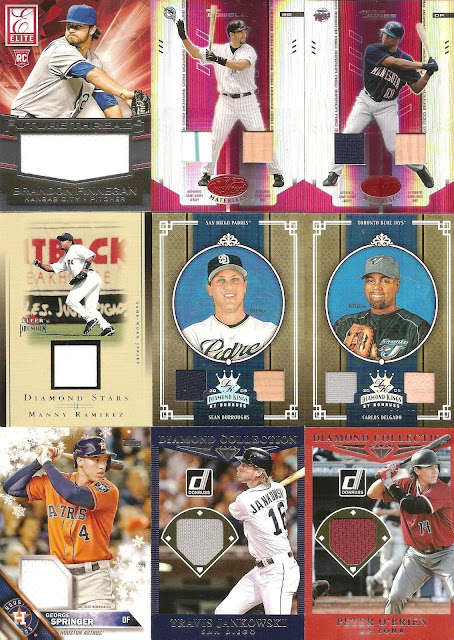 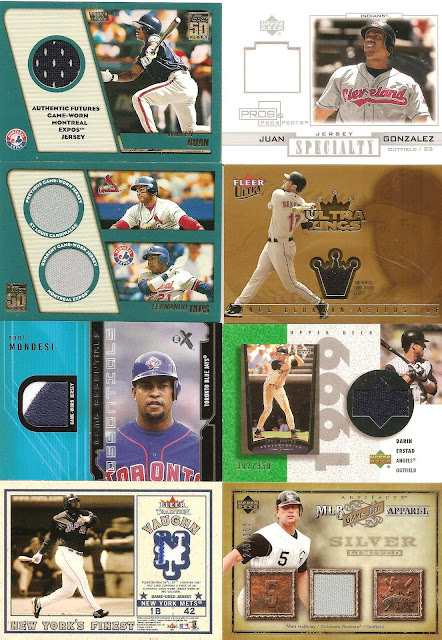 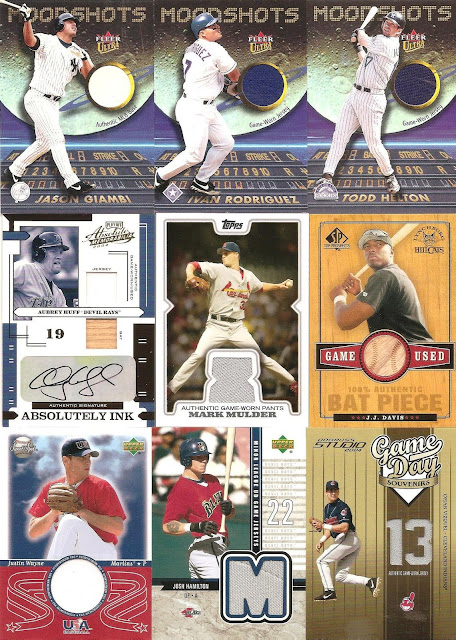 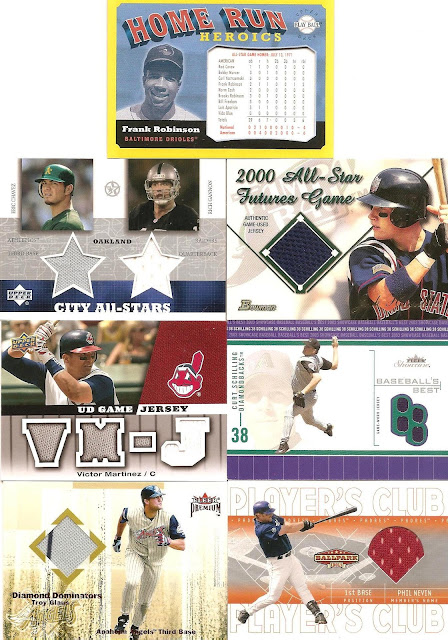 That Frank Robinson isn't a relic card, not sure what it is really. 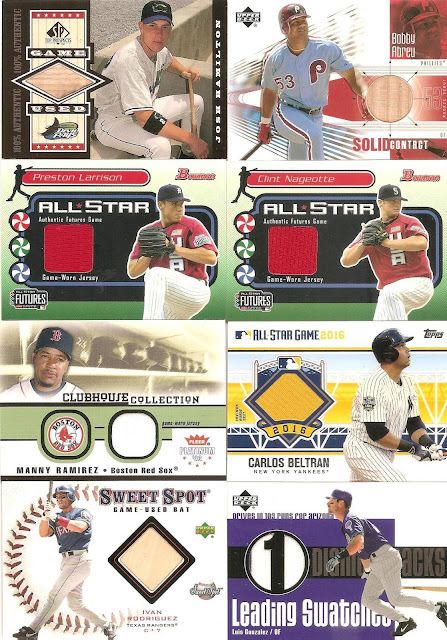 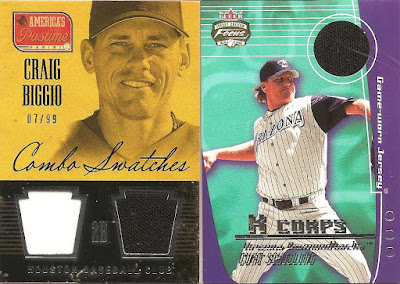 There's the Biggio I mentioned earlier. I think this is the point I stop and will resume tomorrow. But the relics above were right around a buck a piece.