Round 8 (from the card show)

I'm getting close to the end of the card show scans. It's just not today, or even the next round. 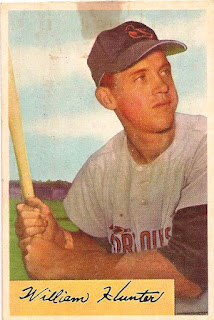 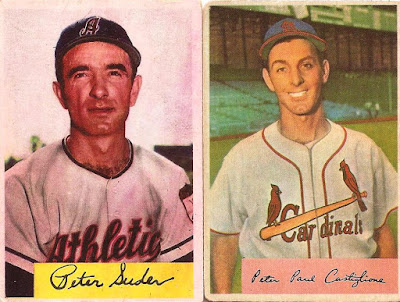 I grabbed a bit more vintage this go around, like these 3 1954 Bowman. 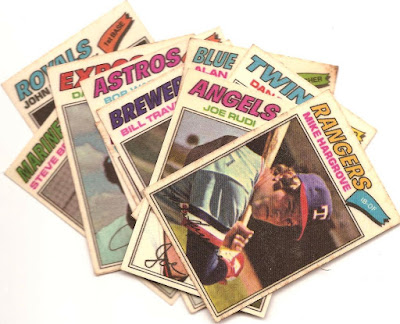 Picked up a bunch more of the 1977 Cloth Stickers. 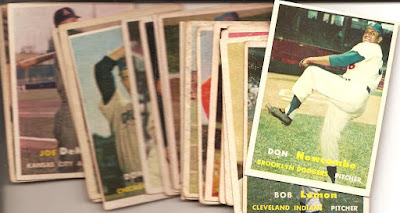 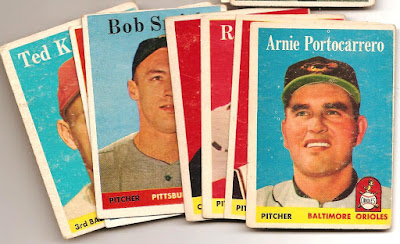 Just a few of these. 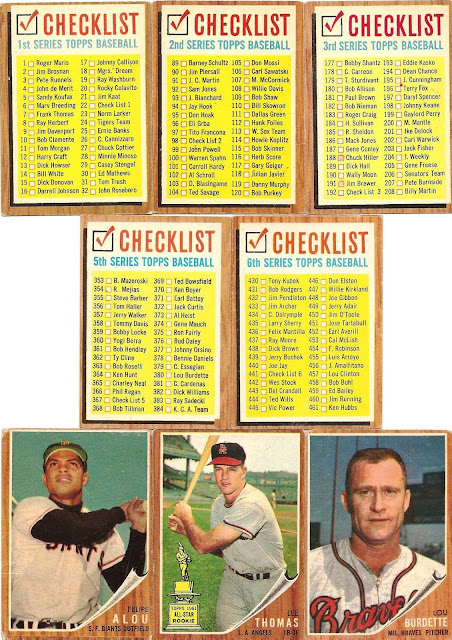 Look how clean those checklists are. In fact you'll see many of those. Needed Brave, Trophy Cup, and Felipe. 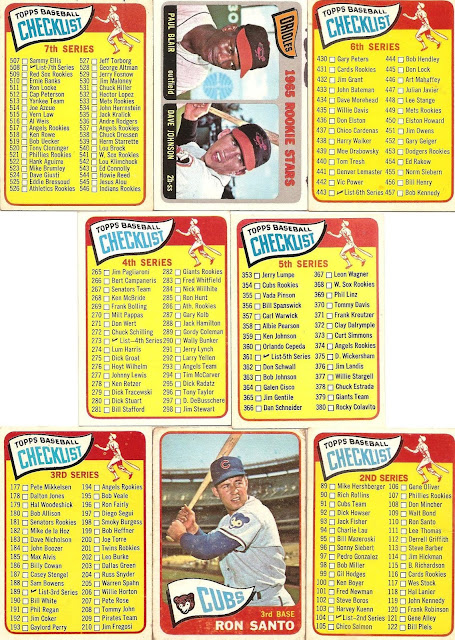 See what I meant by seeing more clean checklists.  A Davey Johnson RC. 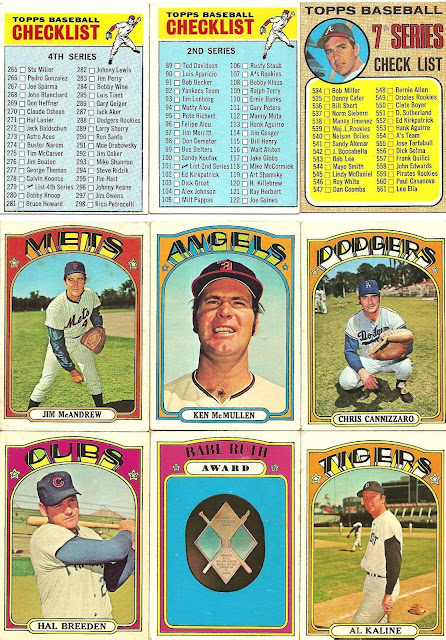 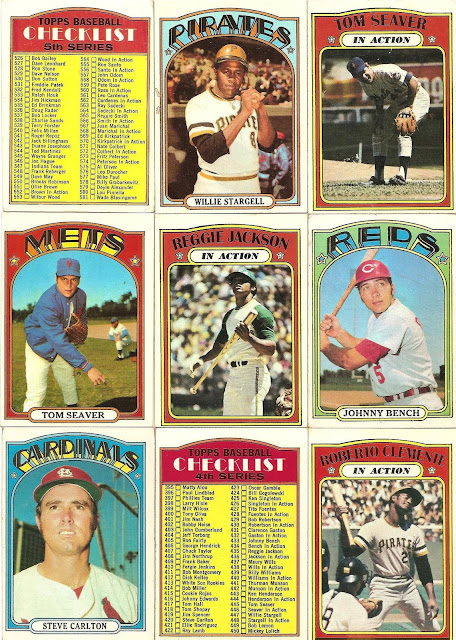 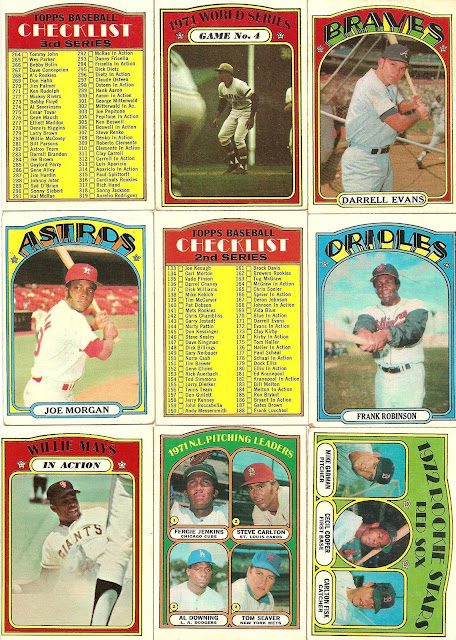 Knocking out a handful of 72's. 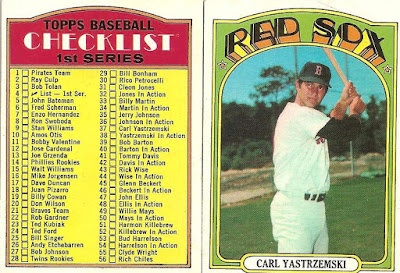 Including a lot of the Stars. 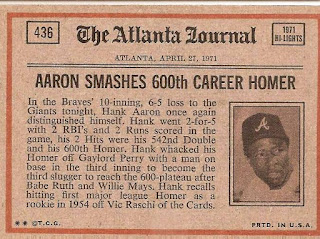 What bugs me about this set, is crap like this. Hank Aaron write up on the back of Reggie Jackson card. At least I think it was Reggie's card. That's cheating, and creates a dilemma for me as a team collector. I have to include this card (back) in the team set build, I just have too! 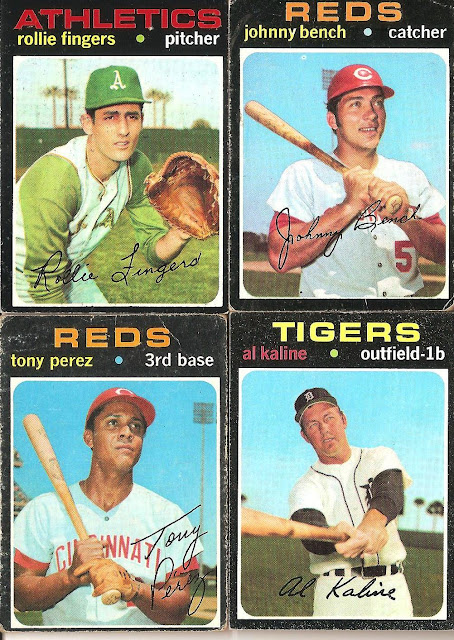 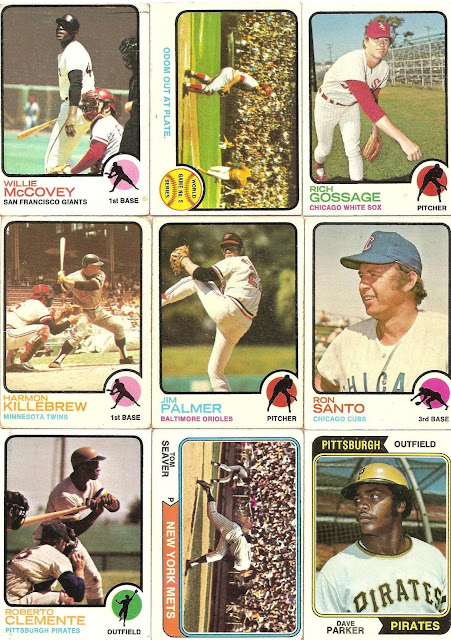 Parker RC amidst the other big names. 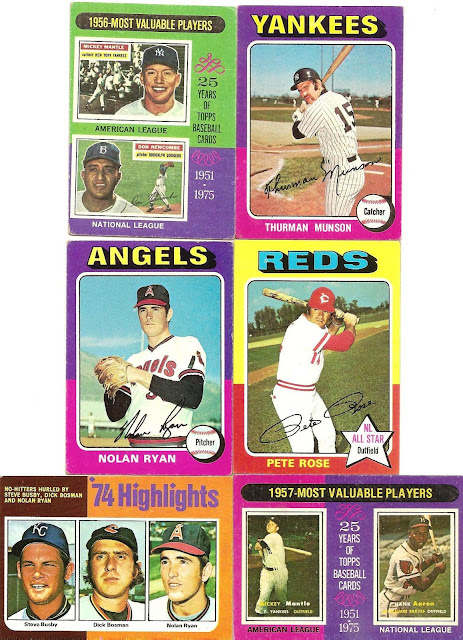 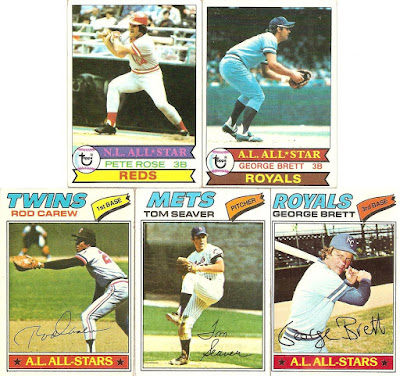 That wraps up this round... You might be surprised with the next round or two.
Posted by Johnnys Trading Spot at 7:34 PM