It has been a long time since I posted one of these. Way back in the summer of......2016 I picked up those 3 million cards half of which were non sports. Dumped 99% on my dealer buddy (that sounds bad) Bob for what it cost me after I pulled what i wanted that is. 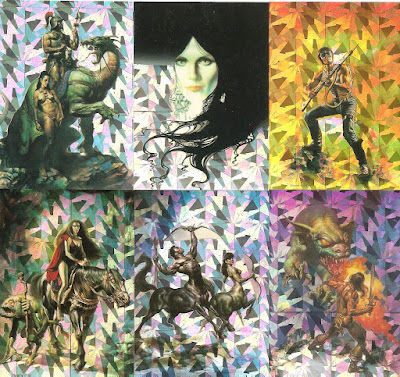 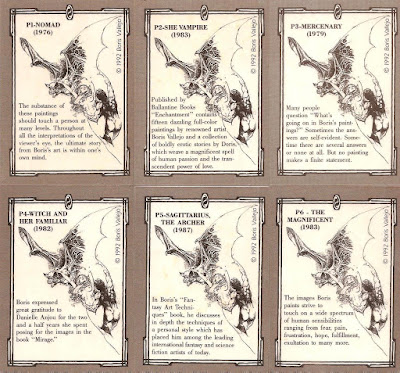 I figured these would make great trade bait, as I didn't collect them. I've not traded any, but I have given away several thousand of these inserts and promotional cards. 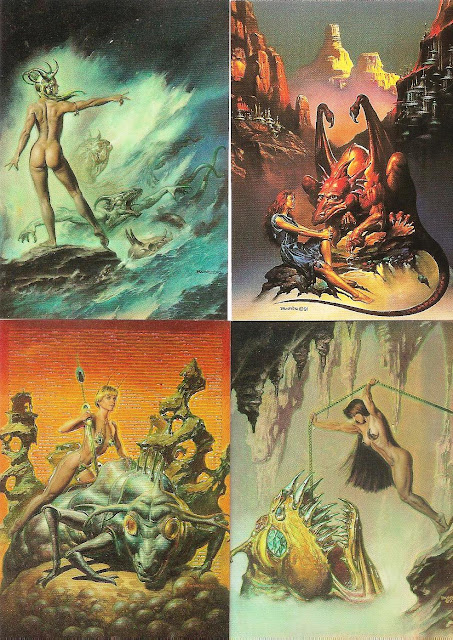 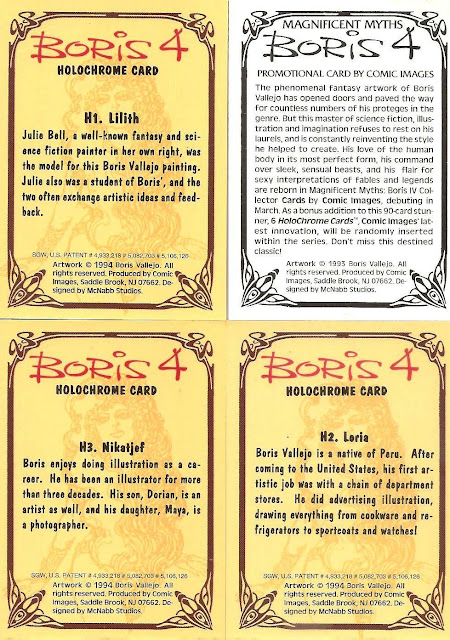 I pretty much classify most of them as fantasy art. 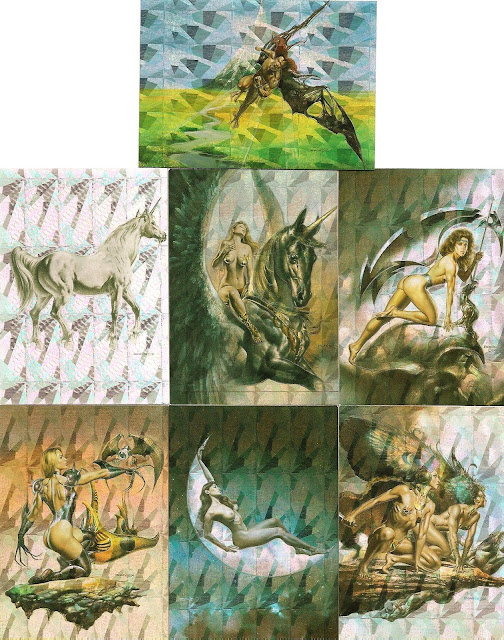 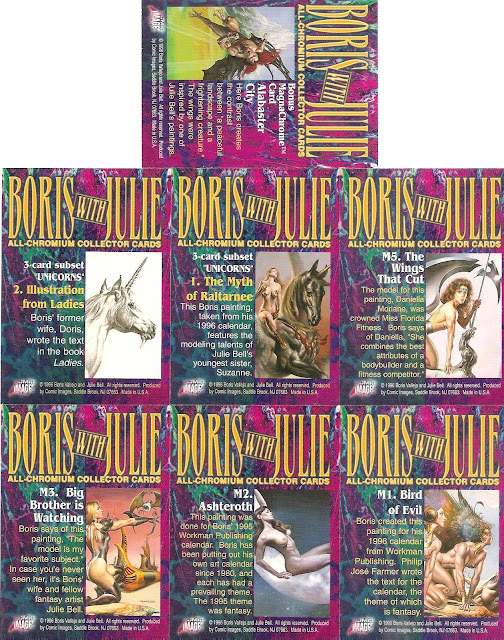 I had a lot of these complete sets too, some of which I still have a few sets. 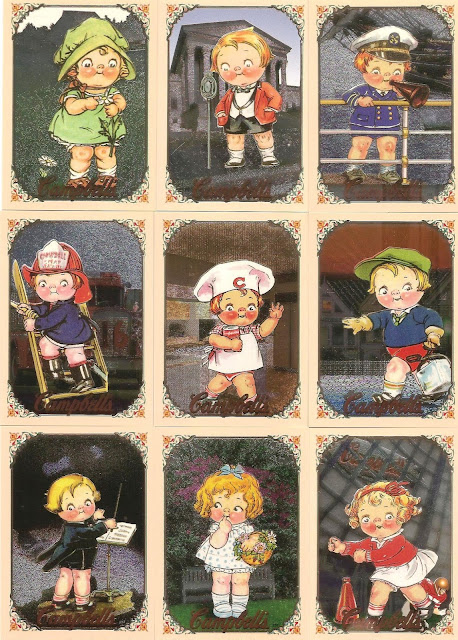 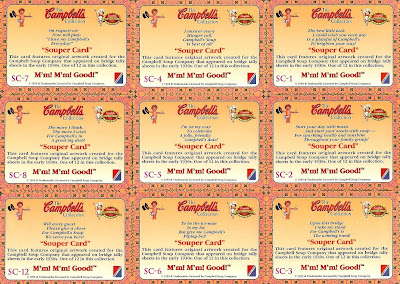 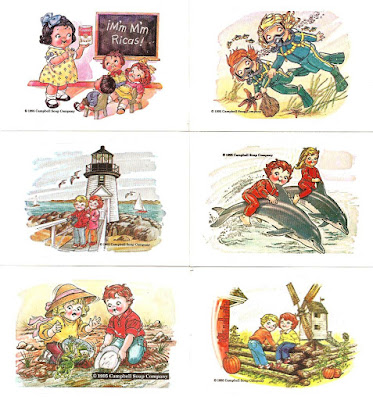 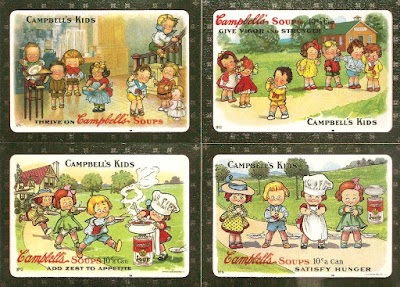 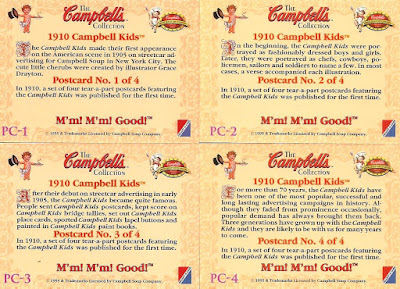 I really have no idea of why Campbell's would put out a card set, but hey why not Hershey's did too.
I'll leave off here, and do another row of scans some time or another.