Got a few cards in via the return fire for some cards I SENT BLIND to a few people (would I do that, dang straight I would). It's the best!  They will each need their own post, so I will be rotating them with a card or two I picked up in Jacksonville, FL at a card show.


First, I must apologize for mixing a SUPERTRADERS package of Braves from P-Town in with the Jax Braves before I scanned them. Tom sent about 200 Braves my way, thanks Tom. 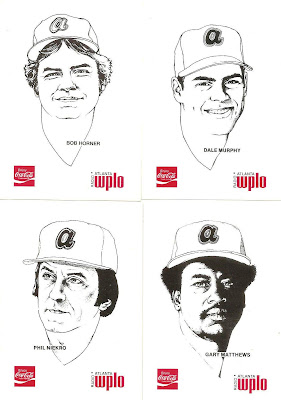 These are from a team set (there are 13 in all). I'm not sure what year they are from so I will need to research them so I can mark them off of my list. 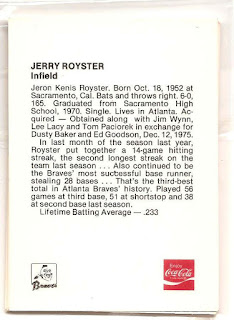 This is the back of the cards.

Love this, can't believe they put that in the commentary. 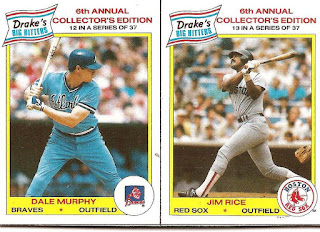 Uncut Drakes from 1986. I have the Murphy cut, so I guess I'll leave this one as is. 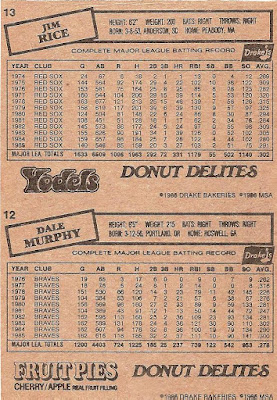 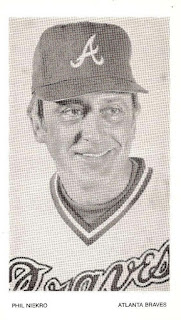 Mark also sent another bag of what appears to be a team issued set. 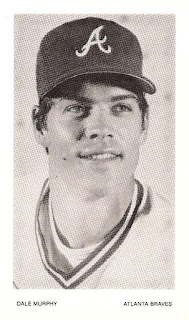 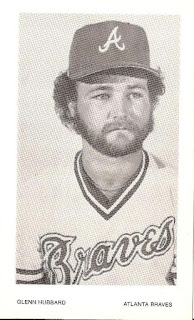 There were a total of 52 cards in this bag. 26 each of what I believe are 2 different sets. 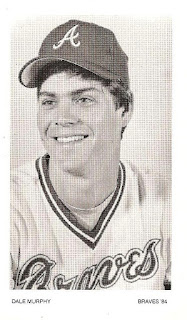 This one has the Braves 84 in the lower right corner. Funny thing is one of the sets (not 84) has 2 different Rick Mahlers' in it and go figure one of them is the exact photo as on the 84 set. 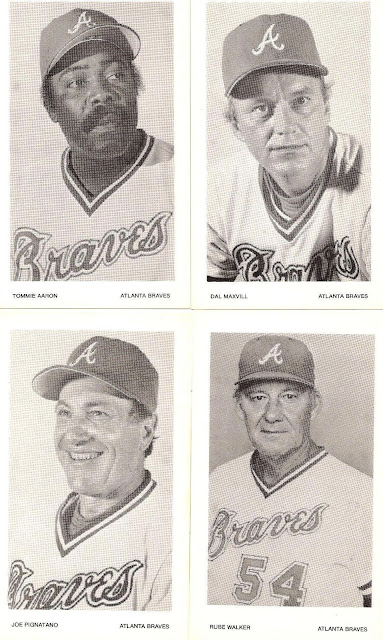 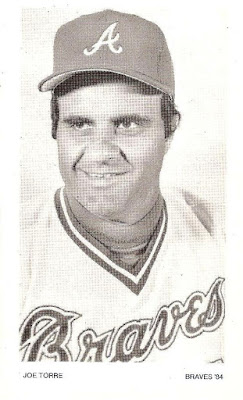 Here we have the Manager card for the 84 set. 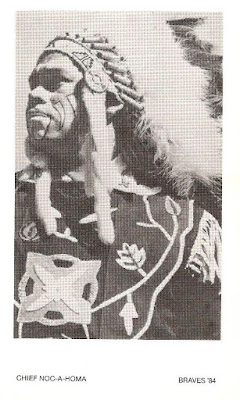 My favorite card from the lot.  I grew up going to games a lot and always looked forward to seeing Noc-A-Homa coming out of his teepee and doing his dance. usually after a Home run by Horner, Murphy, or Burroughs. Back in those days I used to keep my track of Braves Home Runs and RBI's in a composition book. Silly I know.   Thanks Mark for the great cards and memories.

Update: While doing a tad of research I ran across 2 blog posts from "The Card Chop"  1 highlighting the 1982 team issue 20 card set, but I have 26 of them so more research I must do cuz' I ain't thankin thisn the set. (Georgia slang). The second post cleared up the first set scanned at the top. 1978 Coca-Cola Braves set, and I am missing Rowland Office.

Funny note I am missing 1 Brave from the 1978 Pepsi set too (Burroughs).

TRADINGCARD DB, HELPED WITH THE 84 SET.

It is a 32 card set: I am missing six: Chambliss, Jorgensen, Appling, Pignatano,  Maxville, and Watson.

3rd UPDATE:  This site helped me with the remaining cards sort of.


It isn't a complete list, but it matches up enough so that I am convinced these cards are from the 55 card Police set of 1984.

I am missing the 'KNOWN' FOLLOWING

The cards are un-numbered except for on the checklist.

There are 25 others of which I DO HAVE 10 of, just don't know what numbers.


There are probably 2 checklists, 1 is definitely the Torre, and the cards are not in alphabetical order according to the checklist on Torre's card. So in all I am missing 29 cards  half the set. This should be a fun chase for one of next year's goals (if I can remember).