Box/Pack War (with a twist)

The other day I had journeyed across town which I seldom do, as I just don't like the traffic. While I was out that way, I decided to swing by the only Target here (I have 9 Walmarts within 28 miles). I had an itch, you know the one .......pack ripping itch. I picked some of those repack boxes from Fairfield, which apparently have changed their boxes. I grabbed one 10 pack box I was familiar with with the pinstripes, one of the new blue box 10 packs, and one 20 pack blue box. I will state this now upfront, I can't recall ever getting a hit from Target.

So, here is the twist for this Pack/Box War. I will first compare the two 10 pack boxes against each other, then the 2 of them combined versus the 20 pack box tomorrow.  At first I was just going to show the best card in each pack, but several packs had a couple if not a few choices. What I have done is scanned 1 page only of each pack, so if it had more than 9 cards  then I left out those which didn't come into play as far as I am concerned.

I am listing the packs  here so when we get to the scans , you know. 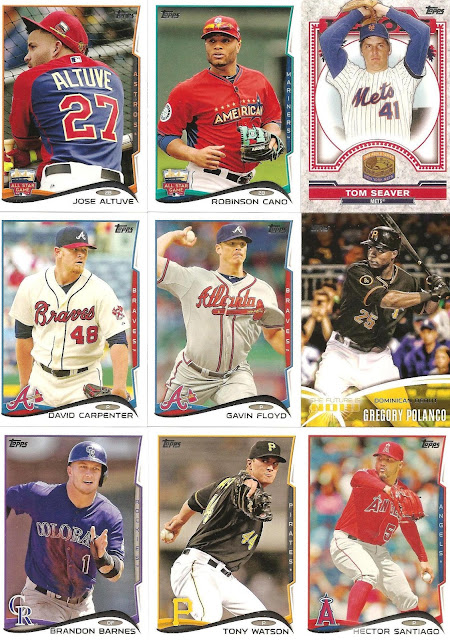 For me the Seaver insert was/is the best. 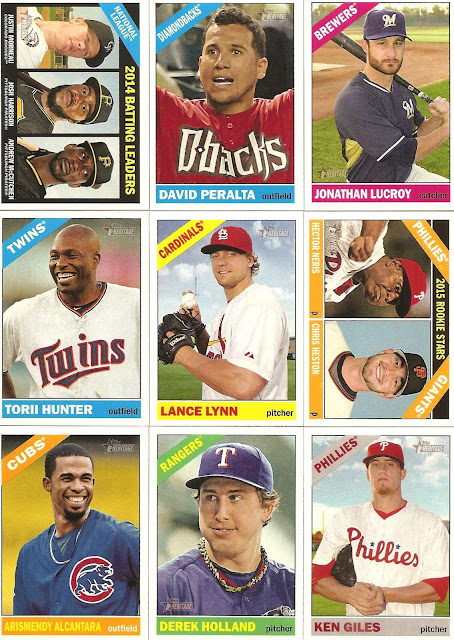 I have no standout favorites here. 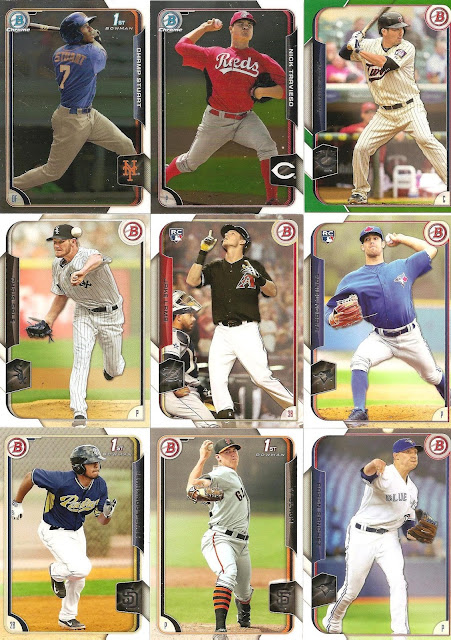 I stated earlier this week on this blog how I feel about Bowman. I was thrown back a bit to see in each pack there base bowman, bowman prospects, and bowman chrome prospects. These were also 10 card packs so I pulled 1 from each.  This one did have the Green parallel in to the top right corner. 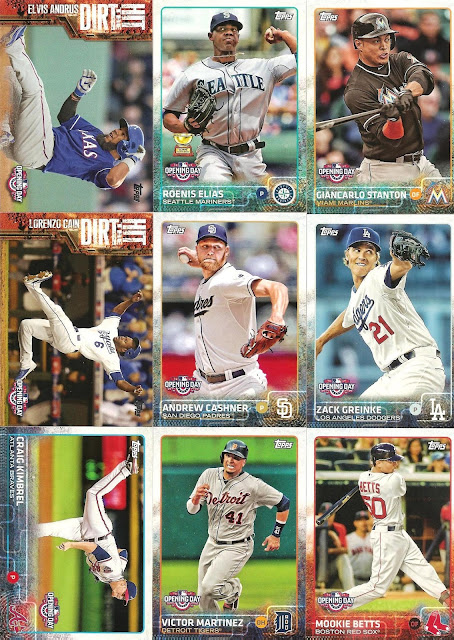 For me I have to go with the Trophy cup, the Blue box takes pack 2. 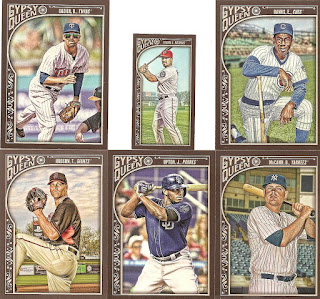 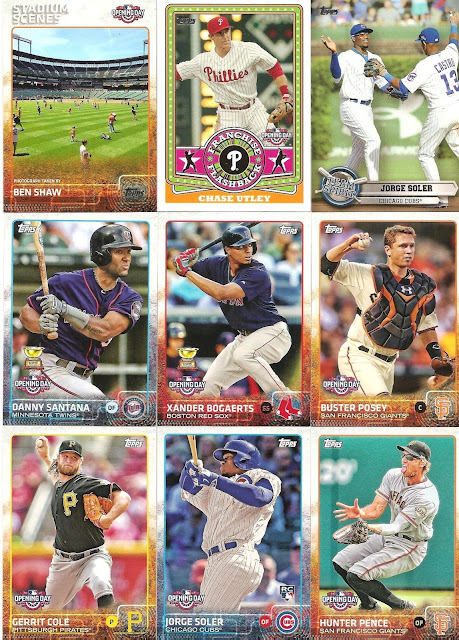 This was a jumbo pack hence the inserts and Trophy Cups which I needed all of them. 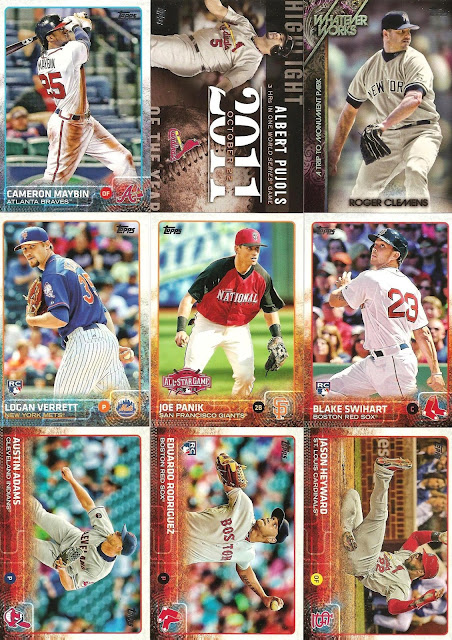 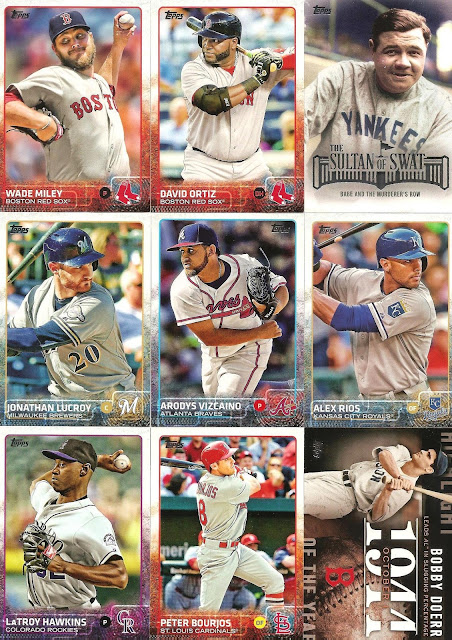 That is a great Babe Ruth insert. 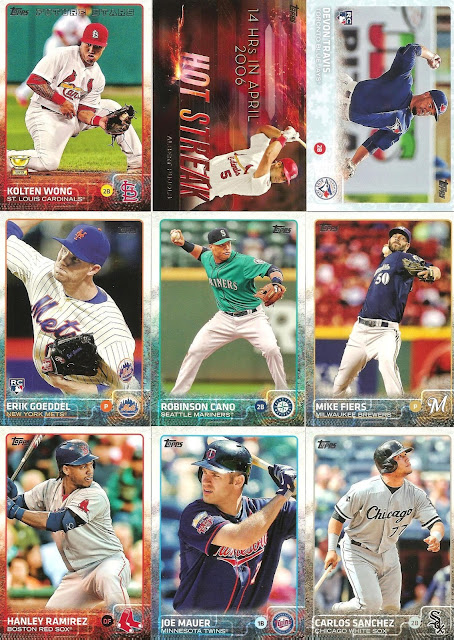 You know I am rooting for the pinstripes. I felt this was a no brainer when I was ripping the packs, but when comparing them, I don't know.  Blue again. 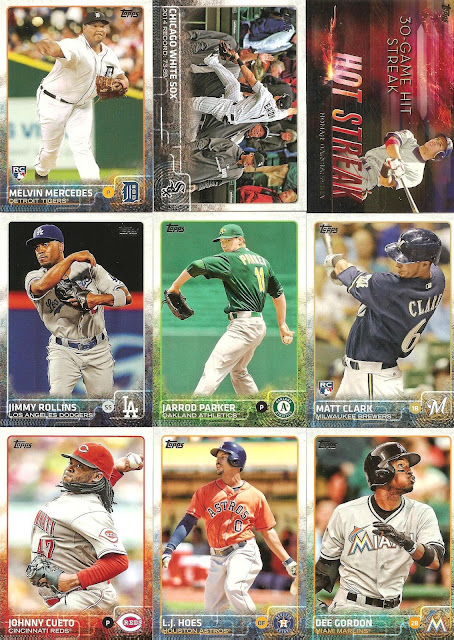 Nomar is a PC guy. 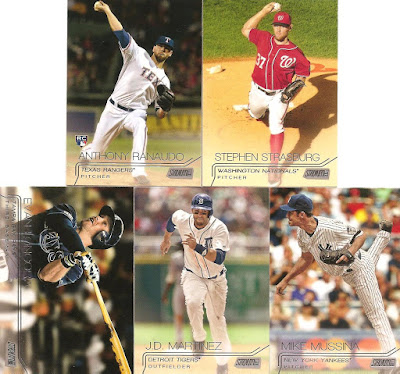 Great Shadow on the Strasburg card.  TSC beats out pretty much anything. 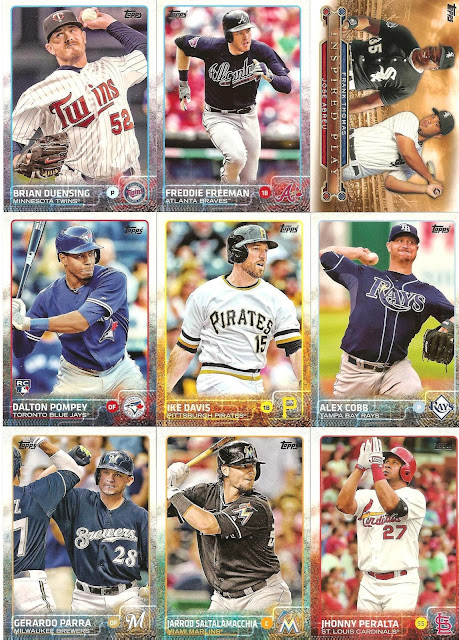 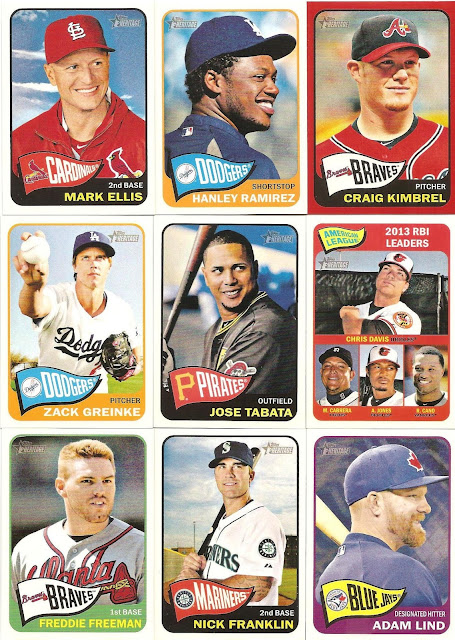 Red Border Braves, yep PS wins this one for sure. 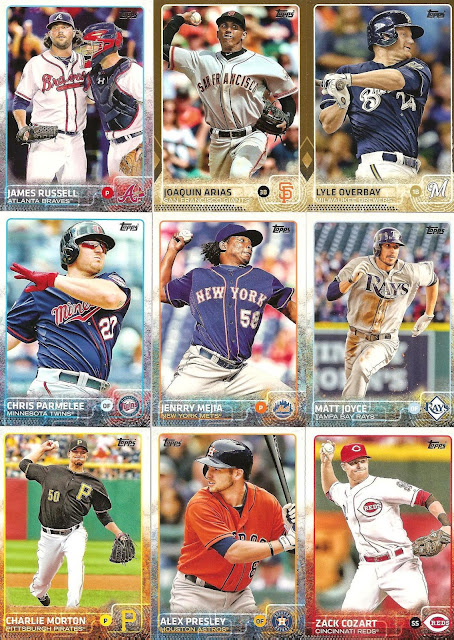 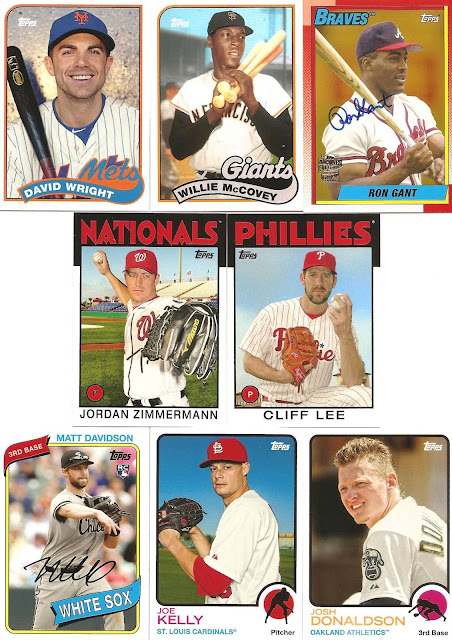 Archives Fan Favorites Certified on card autograph of a Brave, yep all even now. I guess that is a HIT. Works for me. 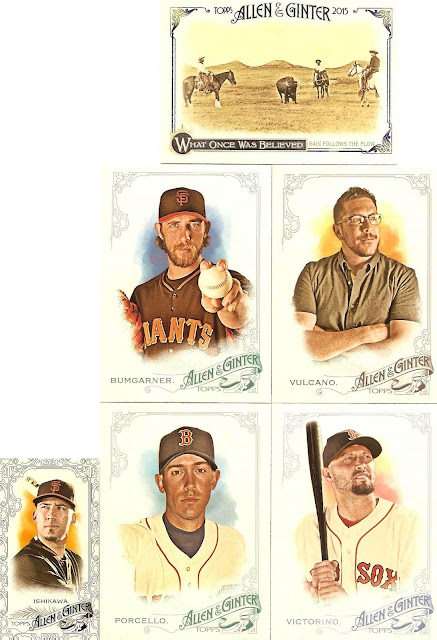 A mini and an insert, we'll see. 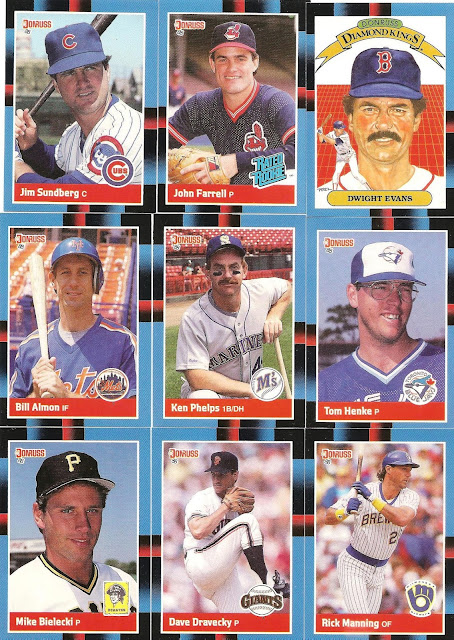 Yeah I don't have to say a thing. 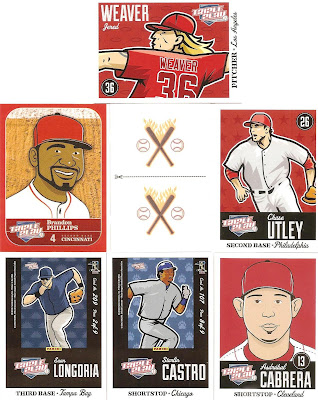 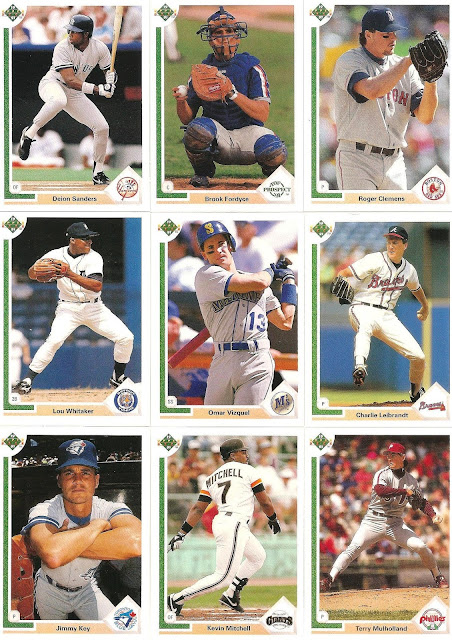 Pack 10 for both boxes yuk. But I'll go with the Clemens and call these two boxes a draw and will have to decide which wins. I got the autograph HIT and the Red Border Heritage Brave from the Pin Stripe box, I declare the PS the winner.  Tomorrow I will only show the BLUE 20 pack box as you have these from today to compare them against.