As many of you folks know, I lost my mother last year. Great woman. I miss her and probably always will. One thing that keeps her fresh in mind, ever single day was something I picked up from her. She could always "make lemonade" (well most of the time- sometimes our families stubborn streak stood in the way). My mom would always see greatness in the littlest of things, she called them FAVORS. You don't have to be religious to believe in favors, but she was. I purposely try to keep an eye everyday to notice those little things .... favors. It could be someone letting out from a side street, or waiving you ahead in line at the store, it could be finding that thing you need, but had forgotten about it until it staring you right in the face, or it could be something like having a super good deal fall in your lap. As ya'll know, the last 4 months have been awesome in those regards for me. But the one that (actually 2 separate deals) I got yesterday, yes yesterday are pretty sweet and will be highlighted in this post.

Some might call those favors Karma, either way it works for me. Back in May when I stumbled in to those 2 million cards, one of things Ray the elderly gentleman (mid to late 70s) that had the "stuff" had asked me to do as I went through it once at my house was to bring him back certain sets he would like. I agreed. Some were Coca-Cola sets I did those within a week, and one very specific set was Series 2 Harley Davidson, well Thursday night I found a monster box that had a row of them there bikes, and I hand collated him a Series 2 set and took it to him yesterday. He has a lot more sports cards and non sports stuff too in another barn/shed not as much as before but still a lot. Not a lot of baseball though which is really my thing. I asked Ray how much for it all, he said not right now cuz its going to be cooler weather soon and he's going to sell them in yard sales individually. So I picked out about 10-12 small baseball items. He let me have what you see below for $10.00 and that is just the first deal of yesterday. 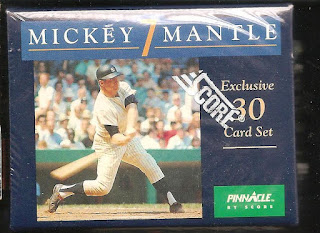 Remember I had had gotten one of these from that buyout deal, and wished there had been two of them so I keep one set intact.  Well that alone is a big favor. I mean I paid less than a buck for this one. 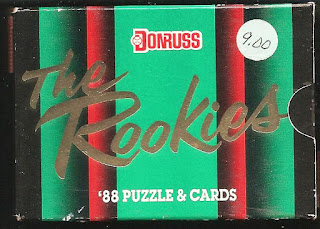 Again, great deal for less than a buck. 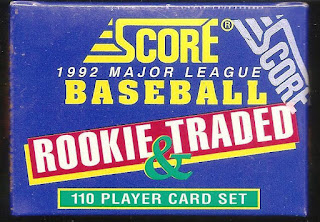 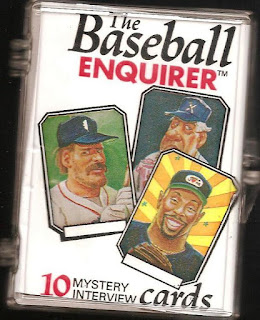 I grabbed this too. I know that a couple of my PC guys have these in their binders. There was a big stink about this set when it came out, some people were just not too happy. I will show them in it's entirety tomorrow. Well almost, this one was missing cards 2 and 3. 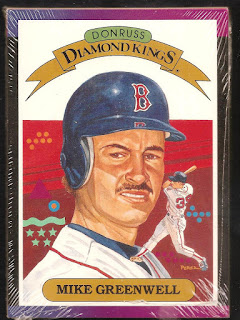 Complete sealed set of the SUPER Diamond Kings, came in it's original box from Perez Galleries too. But the real goody from Ray was..... ha heck just look for yourself. 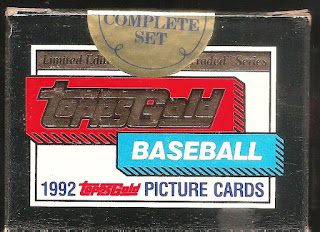 SEALED! The Vairtek still books for $25.00 and the Nomar (a PC guy) is at $20.00. Wowser!  That my friends is  FAVOR! No other way to look at it. I also got 3 complete Marvel Universe sets plus a sealed Series 3 Harley Davidson set. I also got some sealed 1986 baseball All-Star game (cards not included, at least that is what the box reads).  Favors my friend. Favors. All I did is what I told him I would do. My problem is that I am going to break up this set to get my PC guys, and Varitek isn't one of them.  Go figure.

I was excited and I had to pass the flea market where my buddy Bob (the vendor who owns 90% of that buyout stuff) on my way home. I stopped in to see my friend. Now to "set-up" the 2 deal or FAVOR of the day.

Many of you have received some rather "hefty" boxes from me and others in the blogosphere just as I have. I hadn't gotten any of those surprises in several months except for one trading buddy from OCT     Old Card Traders         . In fact that trading buddy has sent about three of those this year, not to mention a few singles here and there too. I worked a 3-way trade out a month or so ago to cover one of them. I still owe him for other two, and have been racking my brain on what to send him in return. BAM, one of those things that had I not worked that 3-way trade out I wouldn't have ever thought about this. But when something you stares you right in the face you just know. So what did I get from my vendor buddy Bob? 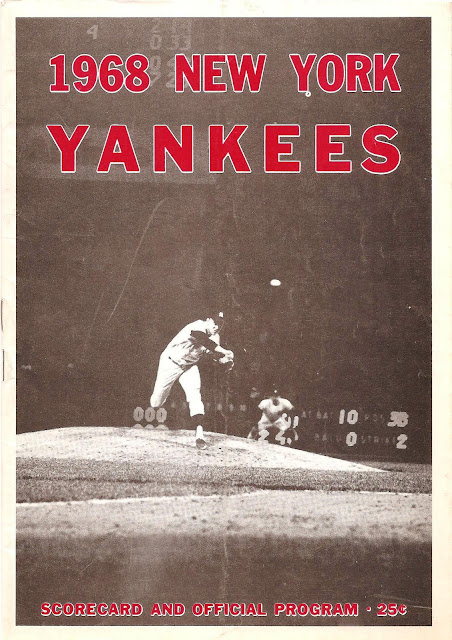 1968 Scorecard, and yes it is scored inside. I got a couple of this year . This one is against the Angels and the other one was against the Tigers. 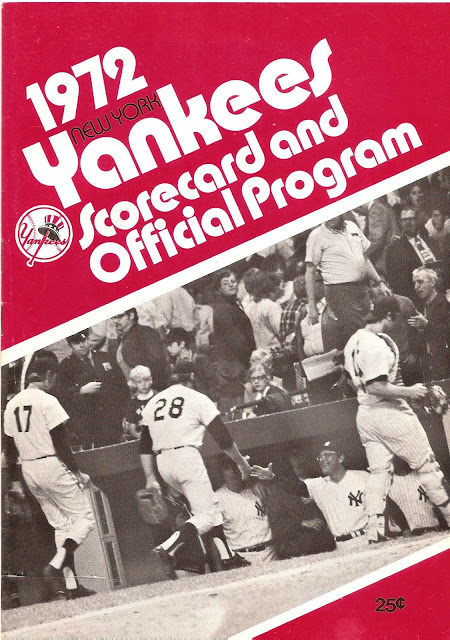 1972 against Chicago. Also scored in. 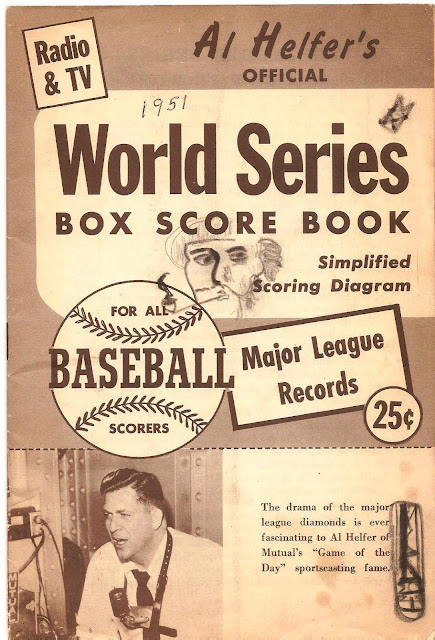 1951 World Series and this one is not scored in, but as you can see the cover has 1951 written on it and some scribble mark in the upper right corner. 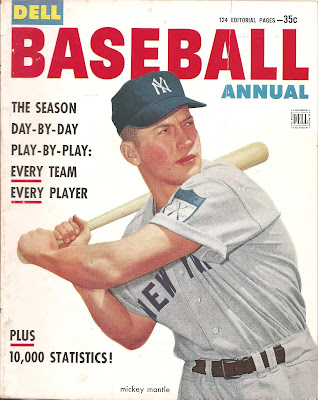 This magazine is really cool, the cover does have a crease. 1953!  The back is cool too. 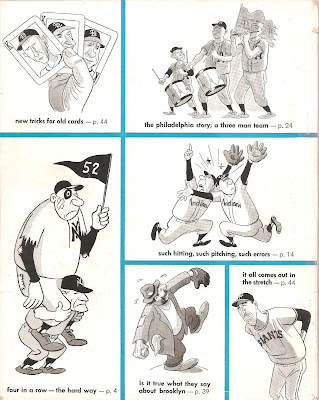 Still there is more. 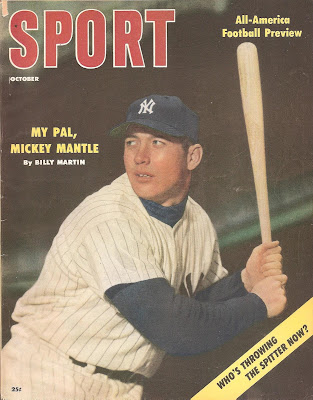 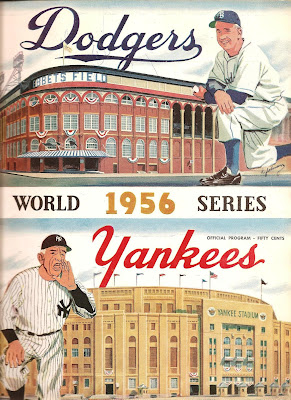 Then there is this one. Scored in yes Game 6 at Ebbet's Field. But wait.... There was one more item. 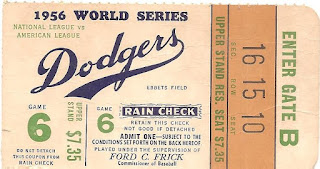 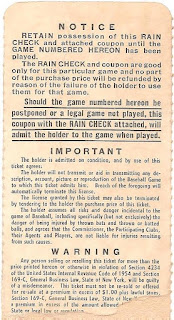 It is going to feel good surprising my trading buddy with this lot and finally I will be up on him, a role I like.  hahaha.


So if any OCT readers know who I am talking about don't let him know it's coming, it's a secret.