AUCTION STUFF: Nothing but Braves

About a month ago I did that auction I mentioned a few times. Here is some of the items that I picked up from the guy who bought the entire lot (after the auction). 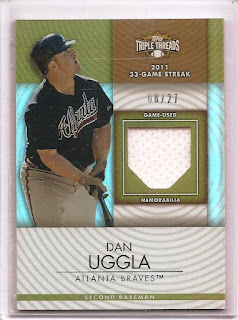 At least is has a low serial number. 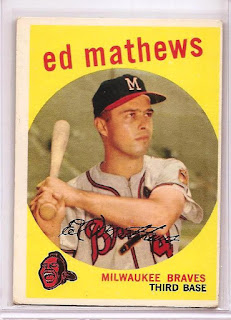 There were 4 key cards that I wanted over everything else. This was one. 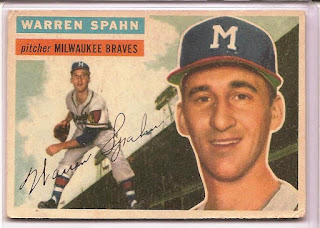 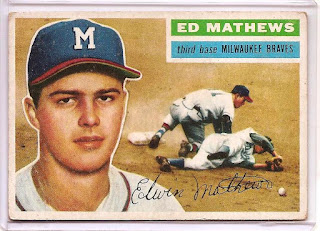 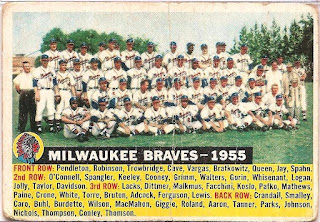 The 1956 Topps Warren Spahn and Eddie Mathews are two of those cards I wanted. The checklist was in with a "former" blaster box of nothing but checklists. 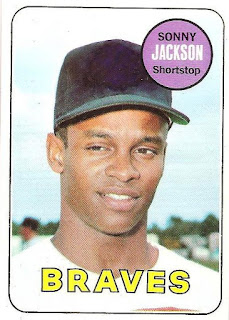 This vintage  1967 Topps I needed was in there too, but not one of the I had to haves.  We couldn't come to an arrangement on the fourth card. At least not yet, we plan to do a lot of trading in the future. 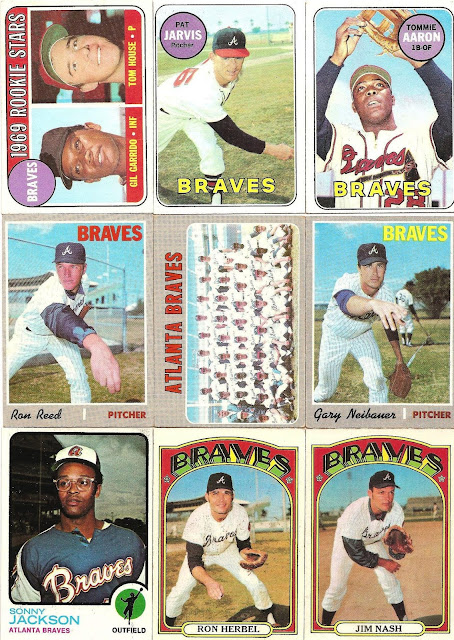 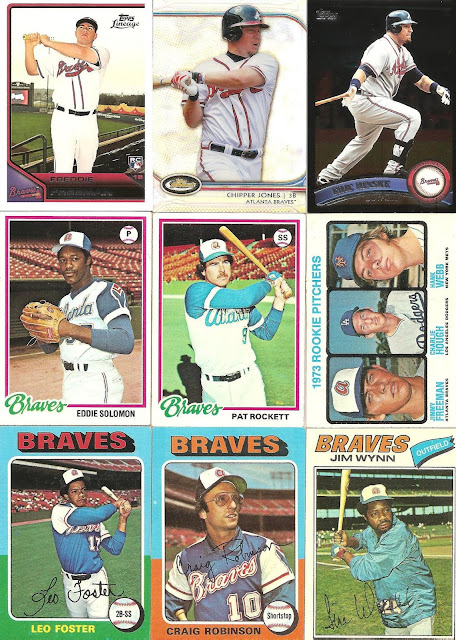 And a few more if not for the team sets they went into the set builds. 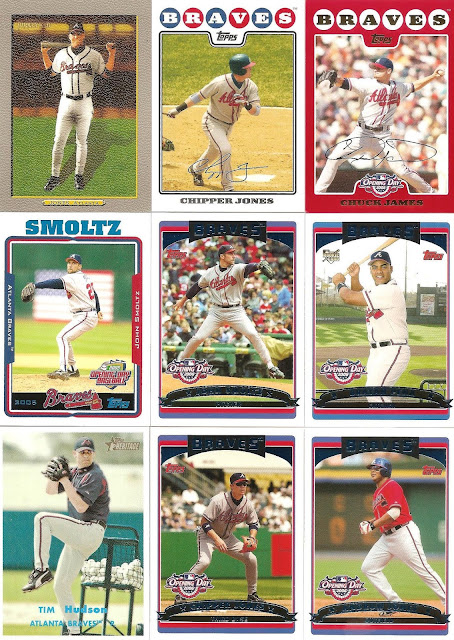 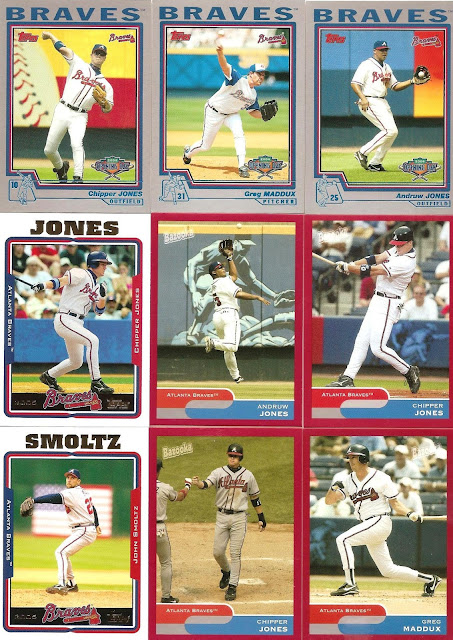 Those bazooka Red Chunks are super thick cards. I like them. 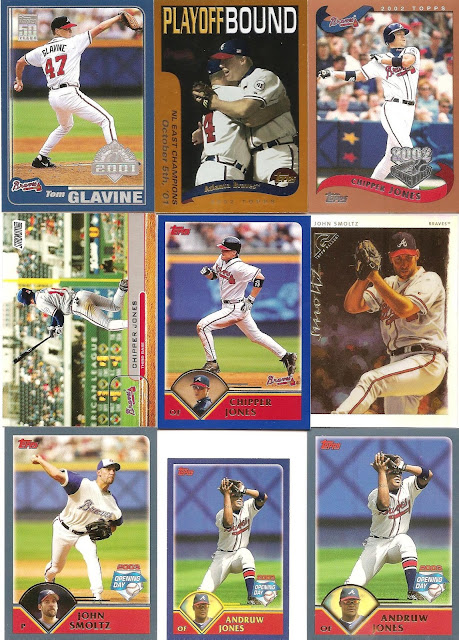 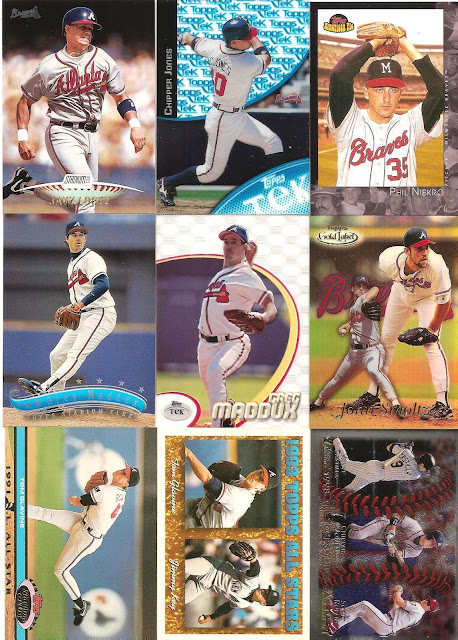 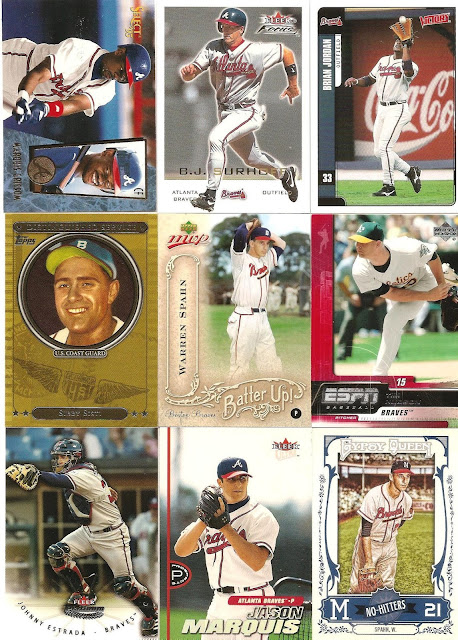 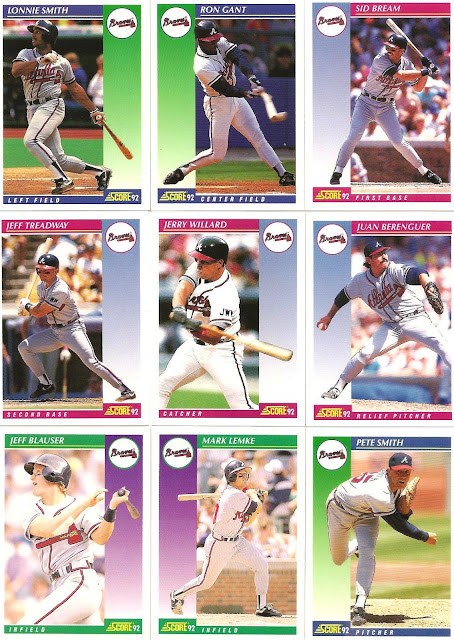 I didn't even know that I needed these 92' Score Braves cards. Wow. 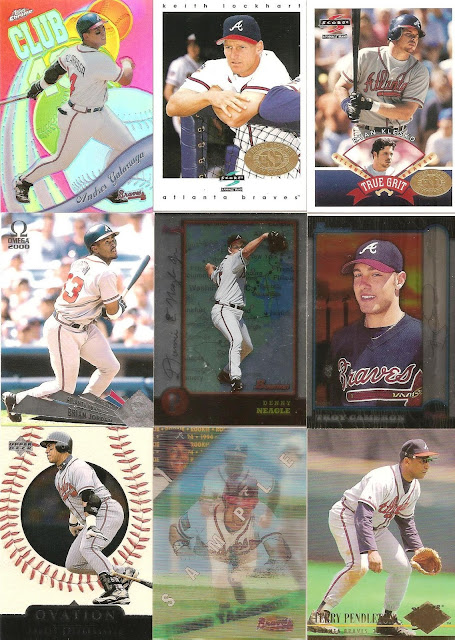 A sample, and a couple of Hobby Reserve parallels as well as a couple Bowman Internationals. 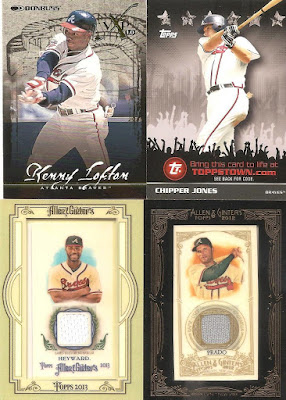 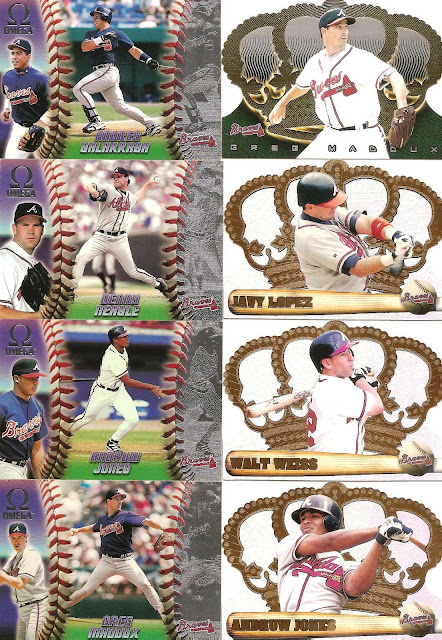 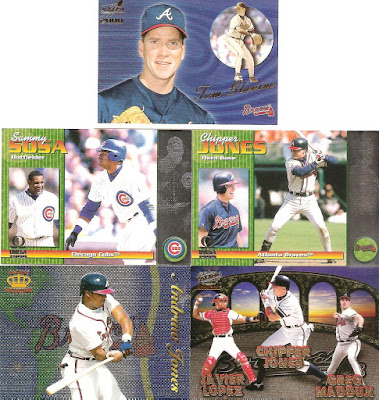 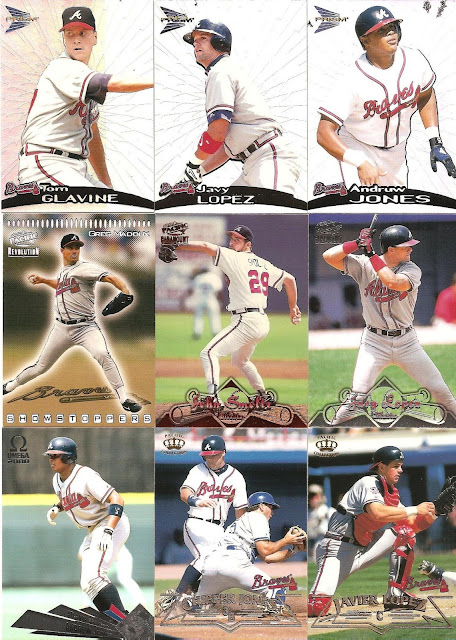 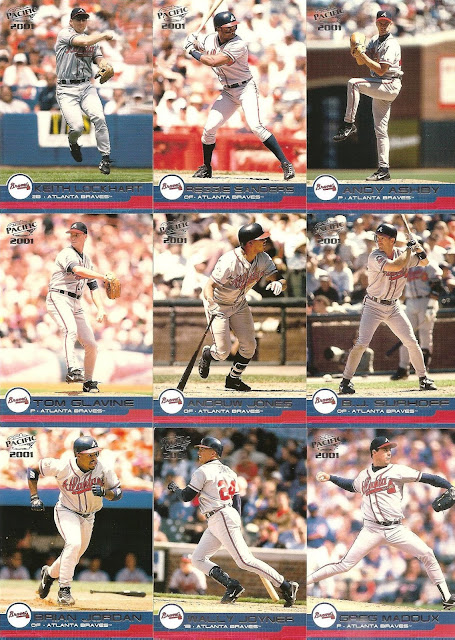 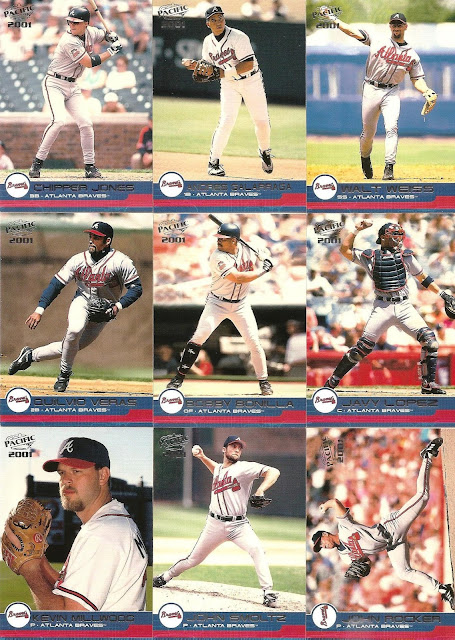 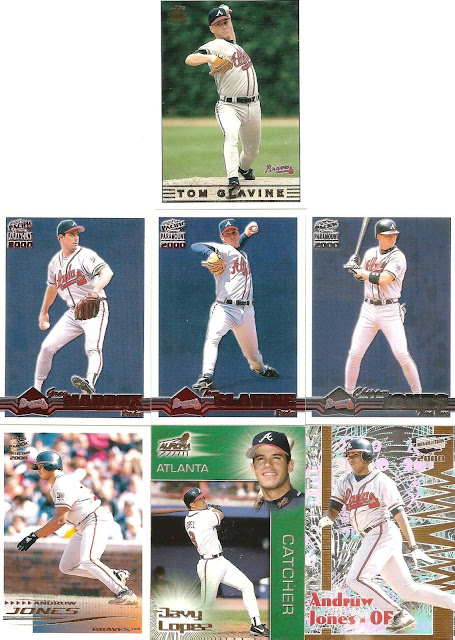 A lot of Pacific love in there for sure.

I still have quite a bit more from the "auction" deal. We'll break down that down to much smaller posts.

Have a great weekend!
Posted by Johnnys Trading Spot at 5:12 PM