before I get to todays cards, I wanted to give you an update on this weekends card show. I tried my best to dig my way to 10K cards out of the quarter box. technically, I failed. In the 6 hours spent, I managed to make my way to just a hair into the third box. I pulled 6, 000 cards, leaving 1K for the next time I am there. However, they may not be for a long while, you see I also scooped up 20 5K count boxes of what I assumed was 100% junk wax commons. The dealer (vendor 1-Bob), didn't have them at the show, I had to follow him back to his house. My daughter actually bought them for me, lucky me. $10.00 per box, and they were NOT just junk or commons. Bob said that all they did was pull the inserts out of them. I will say this the stars were indeed there. And there also some missed inserts too. Lots of them. Cards ranged mainly from 1980 through 2011. Some 70s not many so far as I haven't made my way through the 106,000 cards I left out of there with.  Some nice near complete sets too, like Finest, Stadium club, Ultra and the like. More later on those. 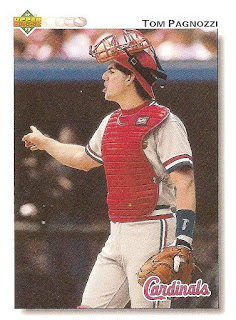 Man does he look angry. And what is he pointing at? 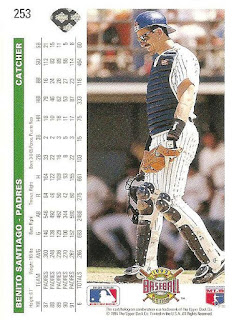 I don't care how many times I run across this card, I can't help but to notice that HUGE sxxt eating grin on Santiago's face. 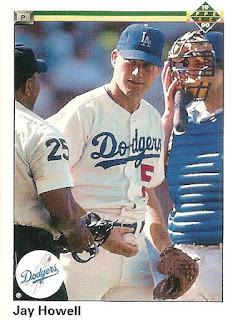 I think the ump said something a bit skewed and Jay didn't appreciate/expect it. You can even see the GRIN in the catcher's eyes. 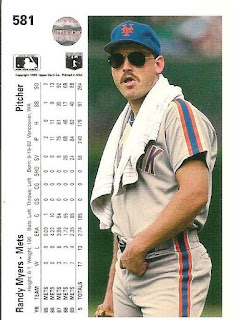 I bet he thinks he looks so cool.  towel, toothpick with mouth open, and shades. Oh yeah, hand in the front of the britches. 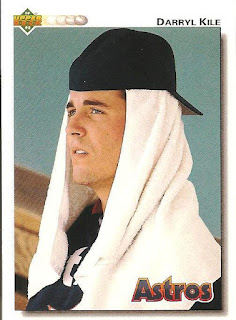 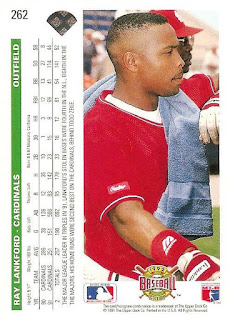 Hey Ray, what's with the blue towel? Usually we see white, at least he could have used a red one.

Posted by Johnnys Trading Spot at 12:24 AM