Yep, I went to a card show this weekend

I headed over to Jacksonville on Saturday. Walked around to see what was there, and wound up at my buddy Fred's table where I spent the remainder of the day.  No, I didn't bring home a ton of cards. Right off the bat, Fred handed be a half filled 600 count box of Series 2 Topps. I won't bore anyone with those. I had already p[ut together the series 2 set. Just lacking 1 card Hayes #644. Nope, wasn't in the box. Still I appreciated the box, because I could get my PC guys out of it and put the rest in the trade boxes. Fred charged me $5.00 for them (easily 200 cards). That's just two cents apiece including the super stars. That makes the day a win all by itself, but I picked up something else from Fred. 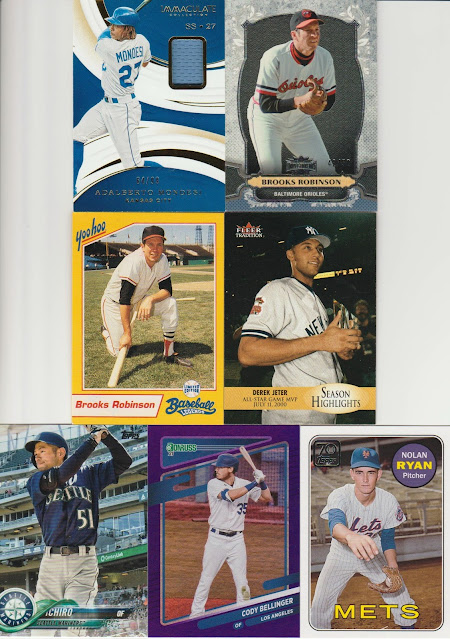 When the day was done, Fred told me to look through another box real quick. I pulled these out, he said they are free. FREE, Game used, Jeter, Brooks, purple, Nolan and Ichiro for free. Yep win. Now onto to the other buy. I looked where Fred usually has odd ball things like the programs I picked up the last two months. None this month. 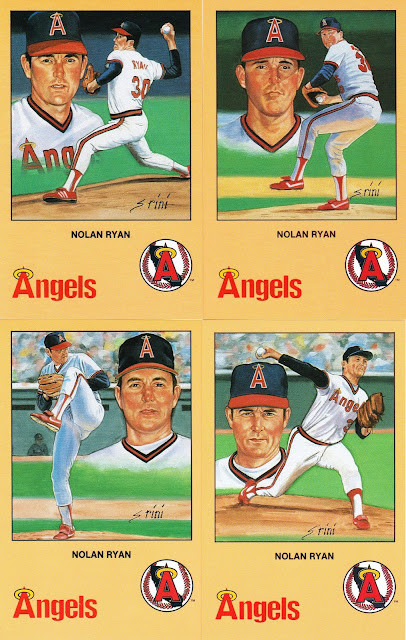 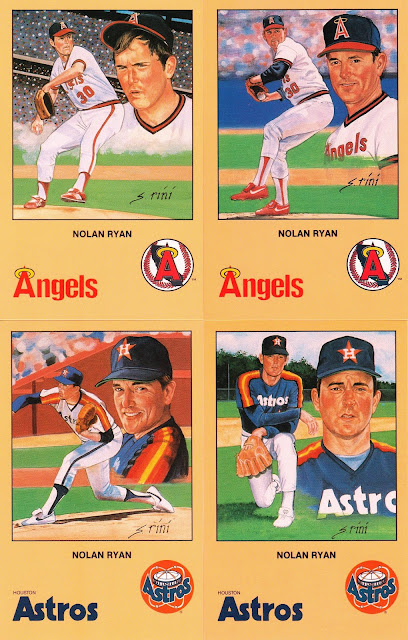 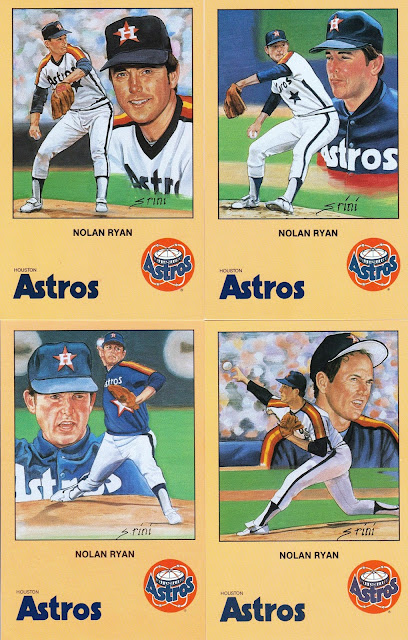 A complete twelve "Post-card" set of Nolan Ryan. And then there was this.... 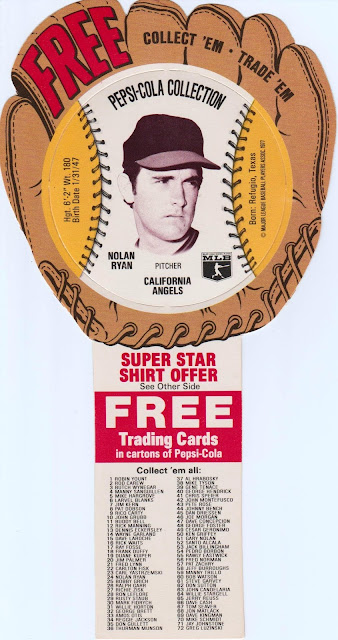 I scooped them up quick. Fred said......you may have guessed $5.00.
Obviously the cards above would not have taken 3.5 hours. Fred had the dollar boxes there, this time they were all vintage. So I loaded up with my sheets with me, I pulled cards I needed for set builds. I will post about those by the year. Meanwhile......

I grabbed these extras for my PC. They were a quarter each.

See ya tomorrow with a start on the 60's vintage.