I received a nice bubble mailer from Nick last week. Let's just say that Nick qualifies for the BINGO game on July 31st at 8pm (Friday). He'll also get free entry to any other Bingo games I may have this year, which I'll probably do two more before the end of the year (OCT, NOV). That gives everyone a chance to send me some (at least 2) BRAVES that I need.

Now that I'm done plugging my Bingo Game, I'll have to break Nicks' package up into 2 posts.

I'm going to start with the "REPRINT" section. Who doesn't like looking at old timey cards? Sure we wish they were the originals, but reprints will have to do in most cases.

Obviously the bottom card is a reprint from an early Turkey Red set, probably produced in or around 1910. What it doesn't tell us is who reprinted it (I am guessing Dover Publishing) and when the reprinted it. I find that information helpful when cataloging my cards. I still have no info on it. The same can be said of the "T206" reprint above it. It appears to be a Dover reprint of the Renata Galasso reprint set. It is perforated which makes sense as Dover. The back clearly shows the Galasso reprint. Their set released in 1983 as a complete set known as "The Monster" which I have. Other thaqn those tidbits, I know nothing. 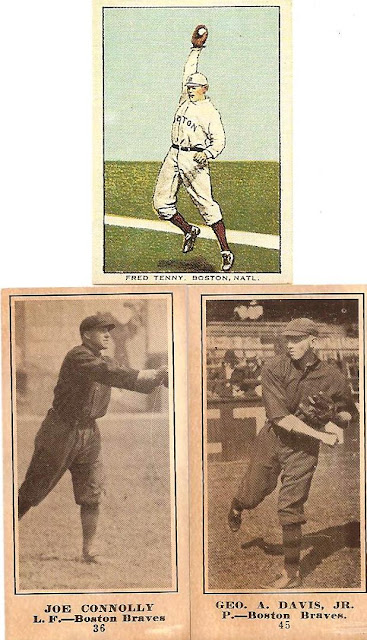 Very similar story here. The top card is "BREAD" issue, but no idea when the reprint was done. My guess the mid 80's as per usual with these sets. The bottom pairing are reprints from the 1916 M101-5, and they have 10 variations of every card. These are the blanks backs, and of course I have no idea who or when the were reprinted. They are great cards though. 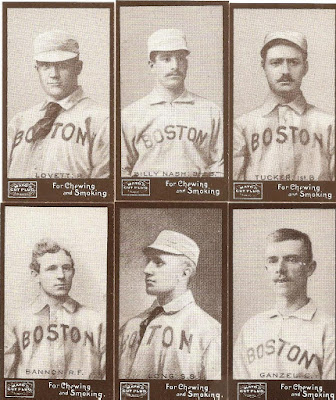 These were easy, they are marked 1986 reprint on the backs. Doesn't say by who though. 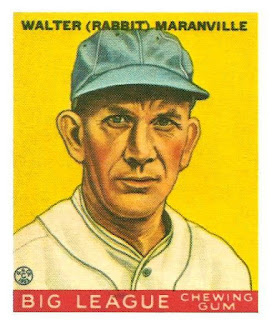 This 1933 Goudey reprint doesn't state who or when either, but it was easy to track down. Dover 1986. 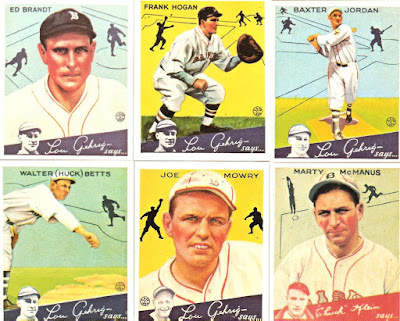 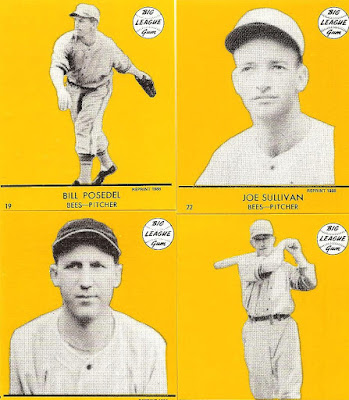 These Goduey/Big League Gum tell ya right on the front 1988 reprint. just doesn't say by who. 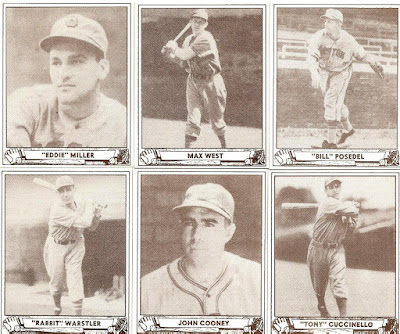 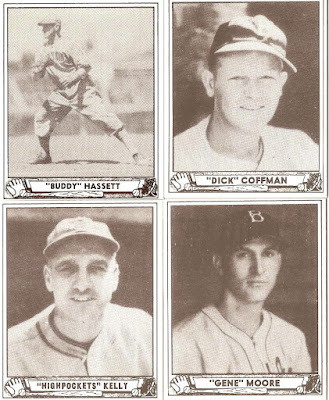 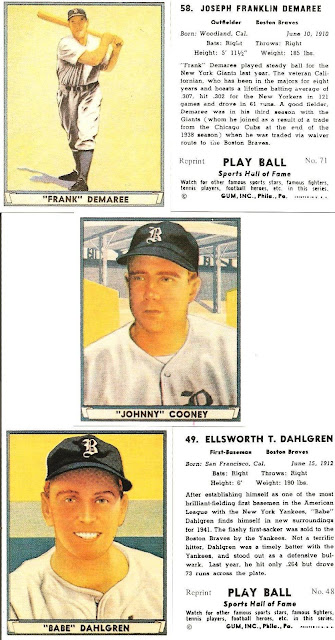 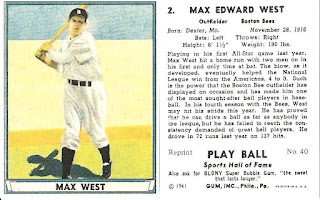 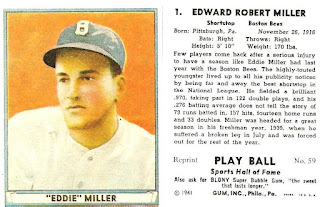 Play Ball used the same image on the 40' & 41' sets. The only difference would be one is colorized and I don't know if that was how Dover did it, or if it was actually that way. No biggie to me.  I crossed off a ton of BRAVES cards that I need, even if they are reprints, they are still Braves. Now you folks out there can send me the originals  :).  Check my haves lists though, I do have a a few.  :) 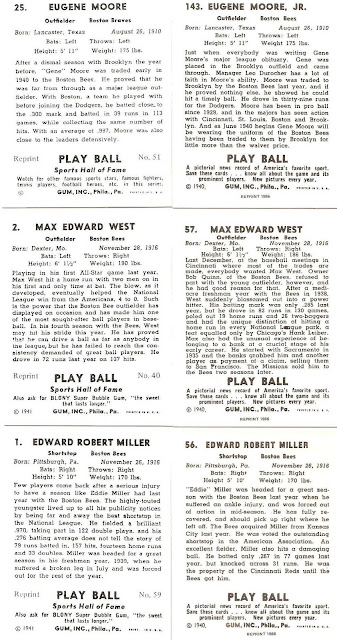 Here the difference between the 1940 & 1941 Play Ball sets is the numbering, the player write up, and the copy right. One of these years Dover added their own card numbering ???????? Why ????  They left the original card number on the reprint.  Silly and useless to the collector.


Anyway,  You have got to come back tomorrow for the rest of Nicks cards.  They are something else.
That's right no BFG......no one signed up for the last two weeks, so now we will do the August sign up sometime on SUNDAY. The BINGO game will be on 31st.

Posted by Johnnys Trading Spot at 9:33 AM