Here we go, this will give you a chance to see some "newer" parodies that may not have been around with the original 16 series. There are a few that have been re-done. 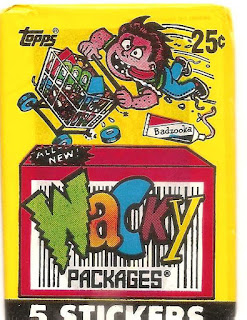 Unopened pack. This re-run set has variations. Some stickers are puzzle backs (standard), and some have ad/coupon backs. This is also noticeable on the fronts as the as backs do not have trademark lingo on the front. 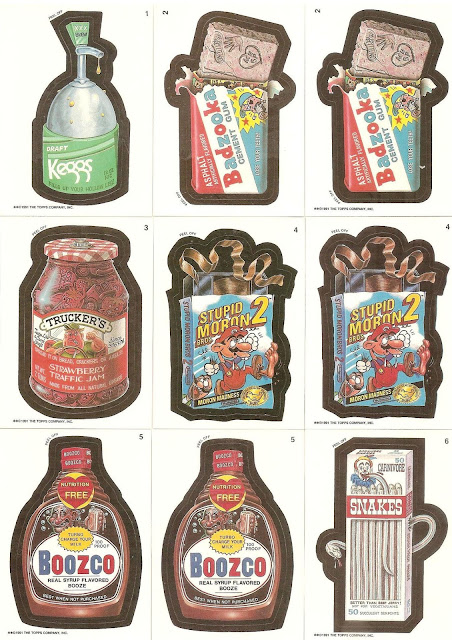 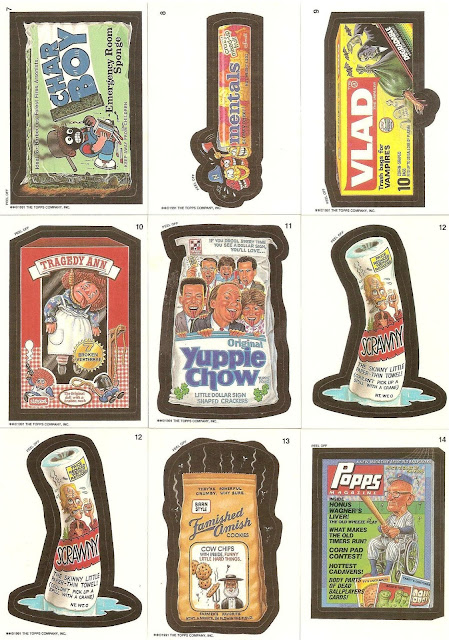 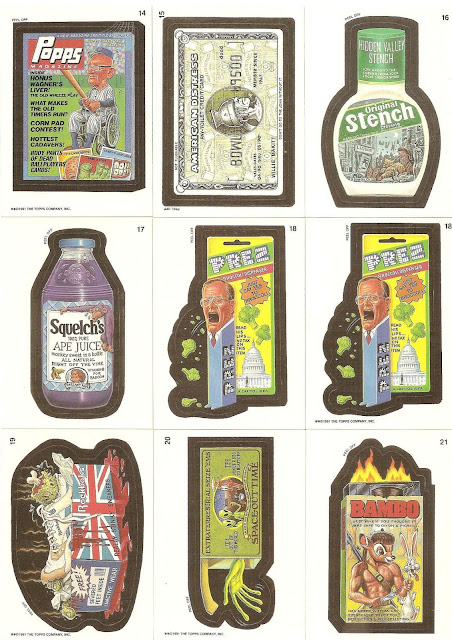 Below are the ad /coupon backs from the first half, and a puzzle. 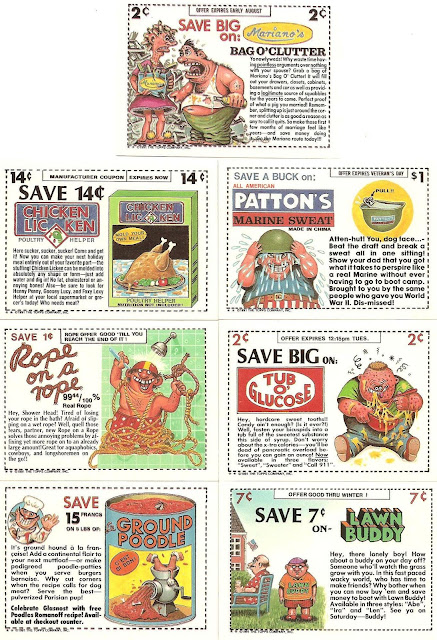 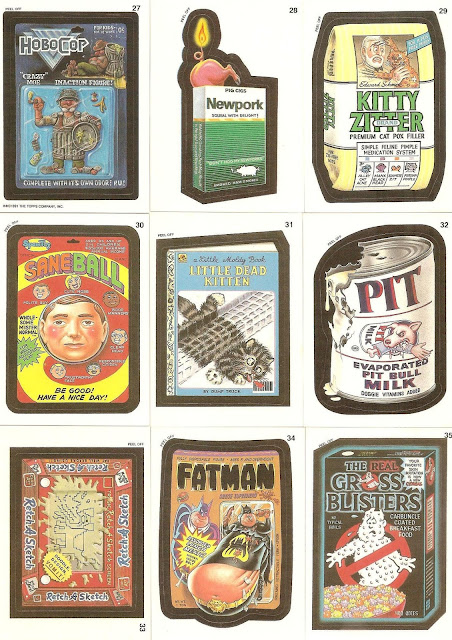 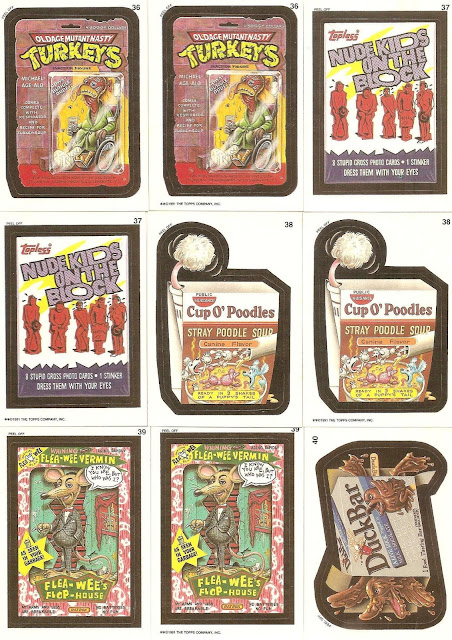 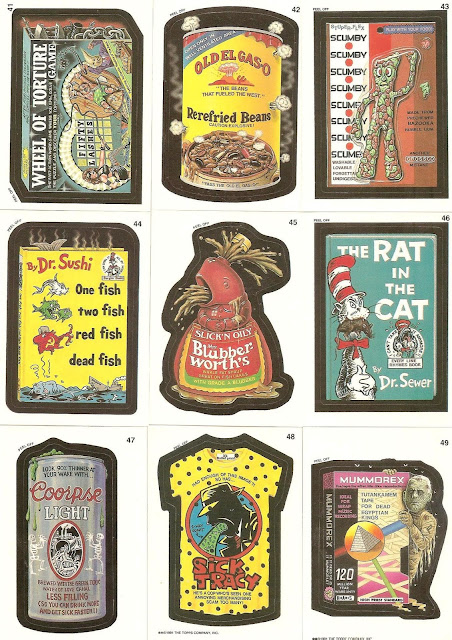 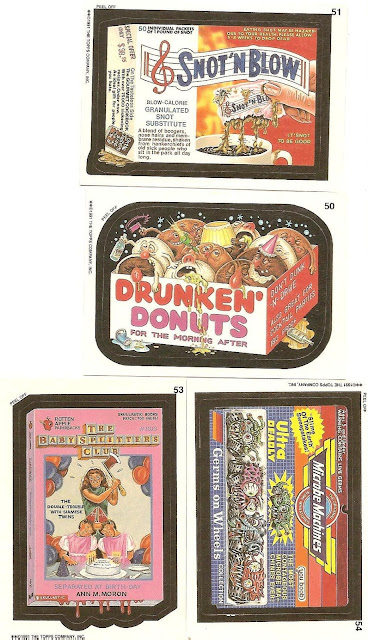 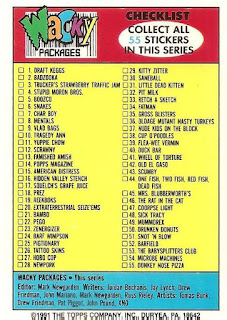 The checklist. Below are the rest of the coupon backs. 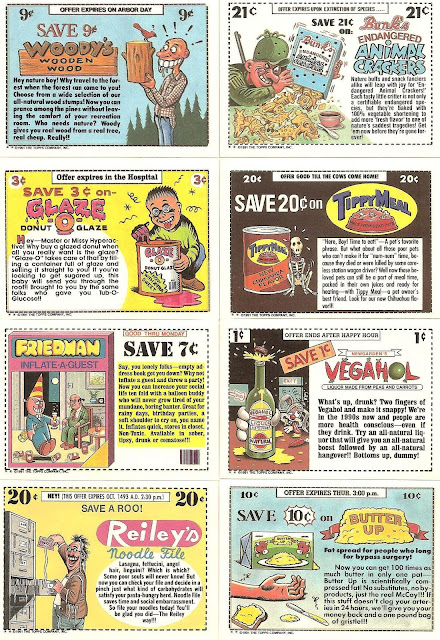 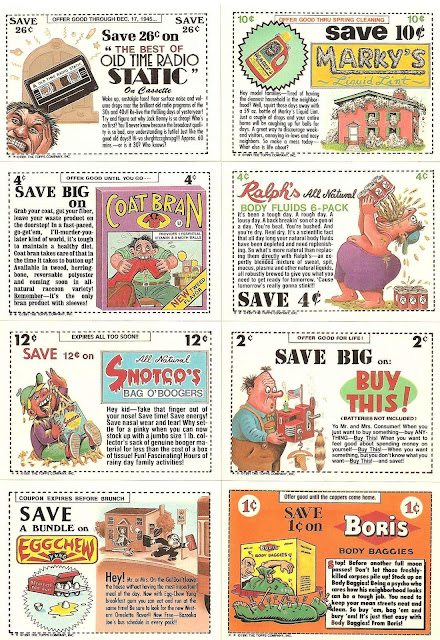 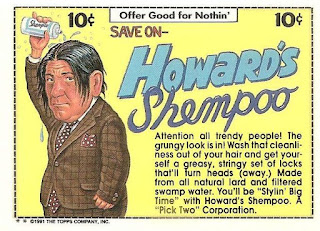