Still here. Can't move on to the next batch without eliminating these.

UPDATED: last week we shed four of the cards. Those individual scans have been removed. Still have 5 of these to go. Simple trade, a Braves relic or pretty much any baseball relic will probably do. Card for card. Let's do this! Heck even a parallel Braves card that I need might work too. 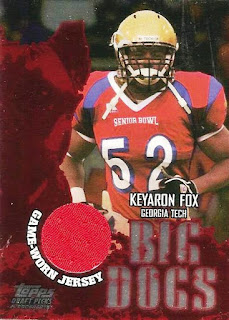 Rambling wreck. Played with the Chiefs, Steelers, Skins, and Texans. 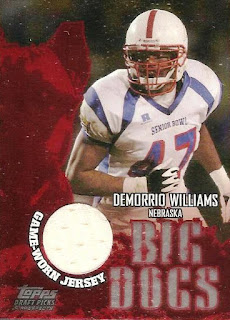 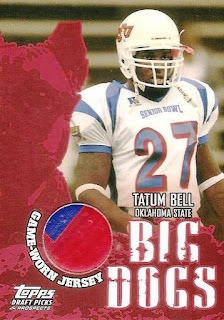 Cowboy or Sooner (take your pick). Nice patch.  Played with the Broncos, Lions, Broncos again, and the Florida Tuskers (UFL) where he set a game rushing record of 365 yards. 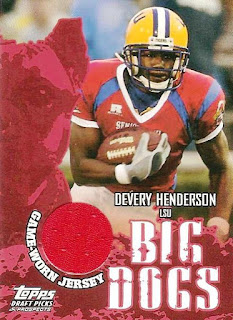 Tiger. Played with the Saints for 9 years. 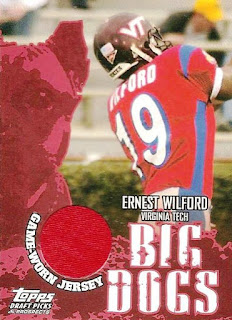 Hokie. Played for the Jaguars, and is now a deputy sheriff in Jax.


If you see something you like LMK or if you just want to get rid of your baseball relics (especially any Braves)    LET'S TRADE! 1 OR ALL five.


Have a great night.
Posted by Johnnys Trading Spot at 1:40 PM