Before I start the story below. Normally on this day, i would be posting cards from the Holiday binders (which is not here in Valdosta). So Happy Valentine's everyone and Happy Birthday to those who get to double dip today.

Okay it's (the post title) not a phone number. It is more like 5 55, but let's lay the story out first. The other night I heard something scurrying in the kitchen. I jumped out of bed ran in and flipped the lights on, and sure enough a darn mouse a little squirt of one at that (which isn't a good sign). A black furry sucker maybe at most 3 inches not counting the tail. I tried slapping it with the broom, but it was just too quick. I knew right away how it had gotten in because a few years ago a RAT a very big rat had gotten in my uncle's house while he was in the hospital. My cousin Charlie and I found where it had gnawed it's way around the flooring by some water pipes coming into the kitchen for a secondary water heater and (don't ask) a washing machine. We sealed that up with "Great Stuff", a foam filler that has worked great. I knew that mouse had to have come in there. So the next day I pulled out the washing machine to see that the filler was still very much intact, but there was a SUPER tiny space right up against the pipe. I'd have a hard time putting two dimes in that spot, but I knew what that huge rat squeezed through, btw I caught that sucker in a monster trap. So I went straight to Home Depot to get some Great Stuff. Came back shook it vigorously for a minute and filled the hole. However, I never caught the mouse. OOPS! After a couple of nights not hearing it, I figured it must of went out while I was at the store. I hoped for that anyways. Well, I wanted to make some biscuits the other day and I did. They were yummy.

Later though I smelled a stink, and I knew what that stink was. I pulled out the stove checked in inside and under, but no mouse. It must be in the inner walls of the oven that I can't get to. I explained the dilemma to my uncle. He said we can just use the microwave. LOL, not wanting to pay for a service call ($75 plus labor) which would be probably wind up almost as much as a new oven. I started noticing the smell stronger a little bit from the stove in an adjacent room. I started moving everything I could get to and nothing. I finally realized that there were 2 cabinet doors that I had never looked in ever. So, I started pulling everything out of there. I found some cool stuff, no mouse but now you know how I found this stuff.

I found about a dozen vintage decks of playing cards from like the 40's back when phone numbers were 4 digits. pretty cool, I collected those things up until two years ago when my sister Jan told me she did. I gave her everything I had back then and will do so with these too. She is going to be so thrilled. I did keep 2 decks for myself I'll show those last. But look what was laying under those playing cards. 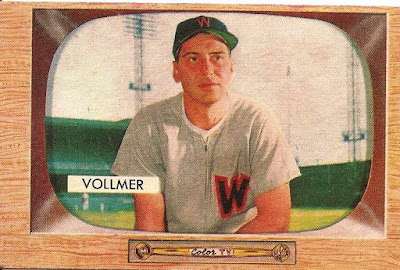 near perfect 1955 Bowman. There were 5 of these beauties just laying there. Sharp color and corners. The must have been put there in 1976 when my uncle bought this house and hadn't seen th elight of day since. I did already have this one, but I guarantee it will be an upgrade. 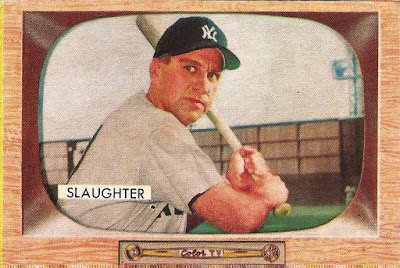 Another dupe, but again Super sweet almost NM card. Definitely an upgrade leaving me one for the PC.

Now these three were all needs with the highest number 306. Pretty cool find for sure. For a moment I forgot all about that smell. (dead mouse).


Now onto the playing cards i kept for myself.

A very vintage deck of Coca-Cola cards. I'm figuring late 40's-50's on these. Notice the countries on those cards.

The other deck came with a box. 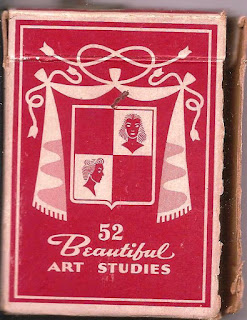 A little rough on the one side but not really bad. I think the original owner of this deck opened the box like that on purpose. 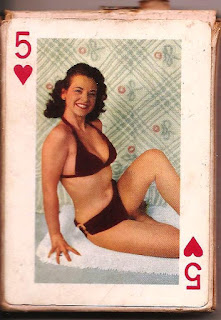 Yep 52 different gals inside (actually only 51) there is 1 missing card and it's not the five of hearts... it is in there.


Have a great night. I hope you enjoyed the story, at least the cards.

Posted by Johnnys Trading Spot at 11:52 AM