Limited, as in Topps Limited. Some consider these cards as Tiffany sets, and some as is employee issued sets which is what I had thought. Either way. 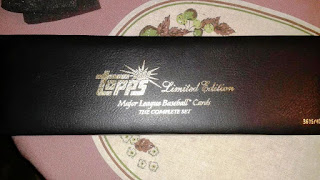 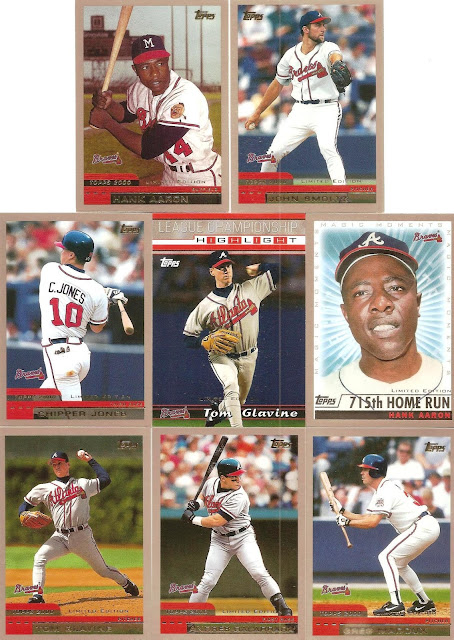 That 715 HR Hank Aaron card is the same one that I got with the HTA set. I guess that is the only one which would be good for me if it is.  The Braves were all there ( I also had a few of them already, so no need to scan them all). 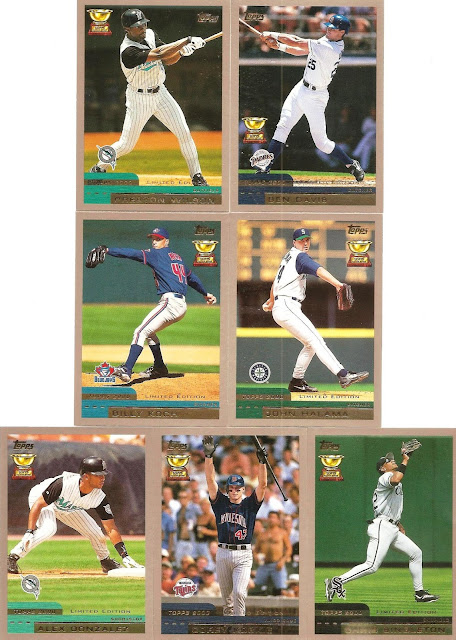 The AS Rookie Cups were all there too. 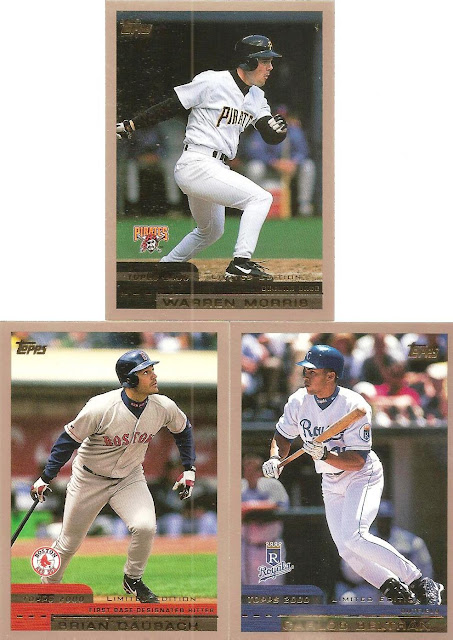 Including these three without the cup!


I decided on a whim to search for the Limited cards after getting the 2017 Freeman last week or so. 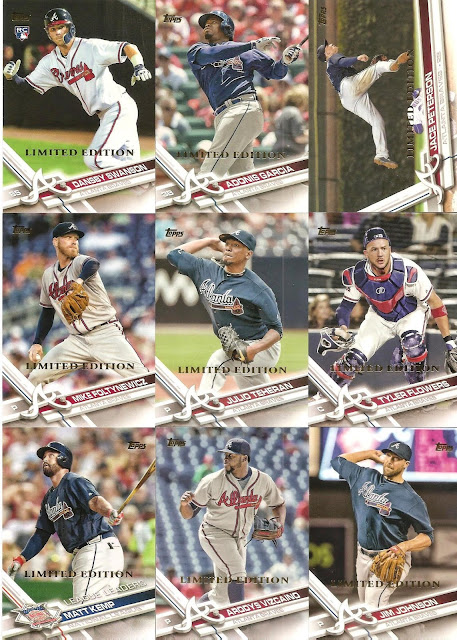 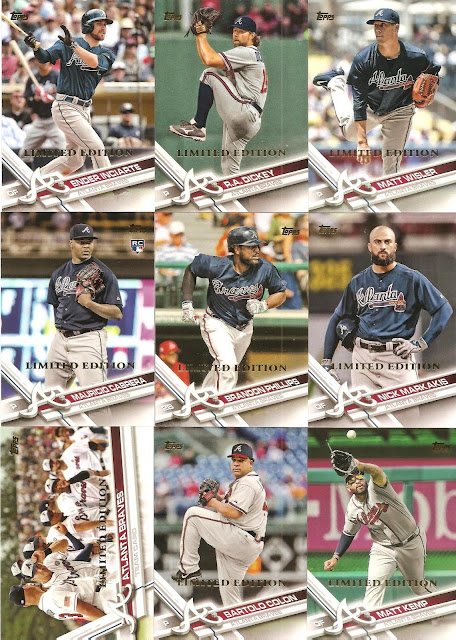 I immediately scooped up the complete Braves set, and then I found the 2000 near set. You know I'm not really sure who wasn't in it (- 11 cards). Pretty sure most of the superstars were there even the Jeter's.

Posted by Johnnys Trading Spot at 8:38 AM