The end of the Line

That is to say this is the last post from the card show I attended last Saturday. 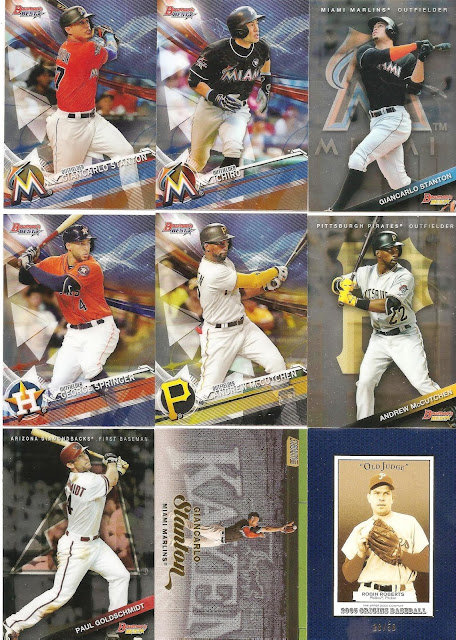 A whole lot of shiny here plus the Robin Roberts serial numbered card. 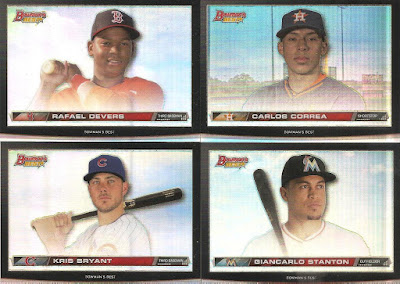 These are so thick. I have no idea what Topps was thinking. There is absolutely no reason for these cards to be this thick. But hey they're mine now. 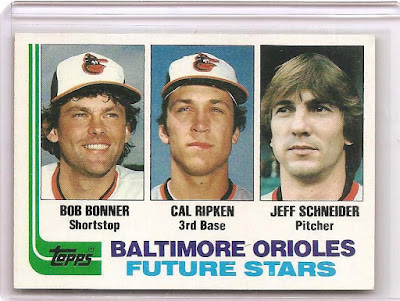 YES, I did already have this card, in fact I have two of them.  So why did I get it?  Well, I had a super huge stack, actually 2 stacks of the refractors, serial numbered, short prints, autos and relics and I wanted the guy to cut me a super deal. So I bought this one and overpaid for it intentionally. I figure it probably will upgrade one of mine and then the other card will either become trade bait or a Super contest prize. We'll see. 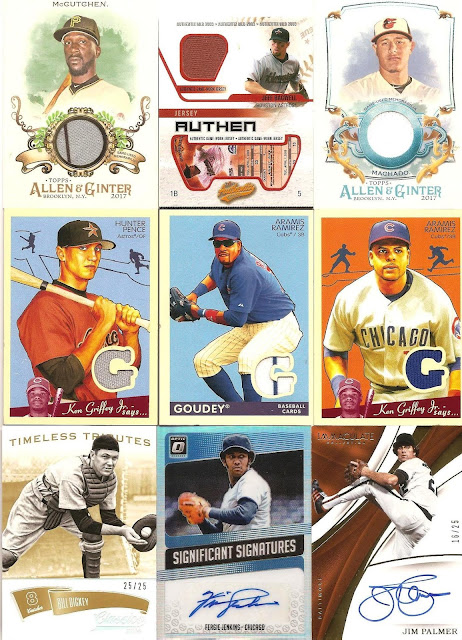 Relics and autos and a serial number or two. 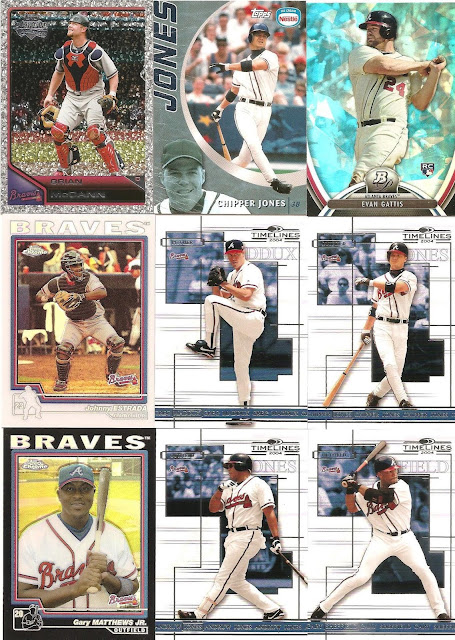 That Nestle's Chipper was damaged and I didn't know it plus I already had it, so there was .50 thrown in the trash. The two 2004 Topps Chrome refractors are nice, especially the black. 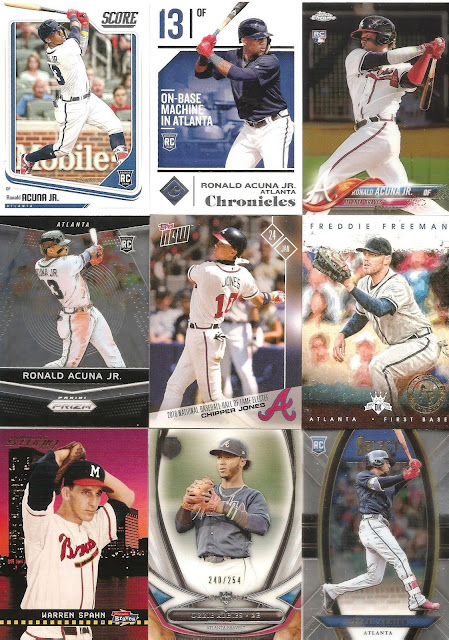 Grabbed up some needed Acuna's. I even grabbed a dupe of that Chrome card so that I can take it to the game on 9/23 against the Phillies. 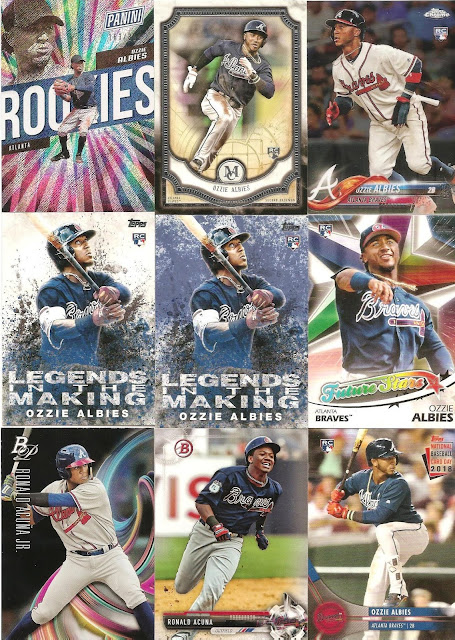 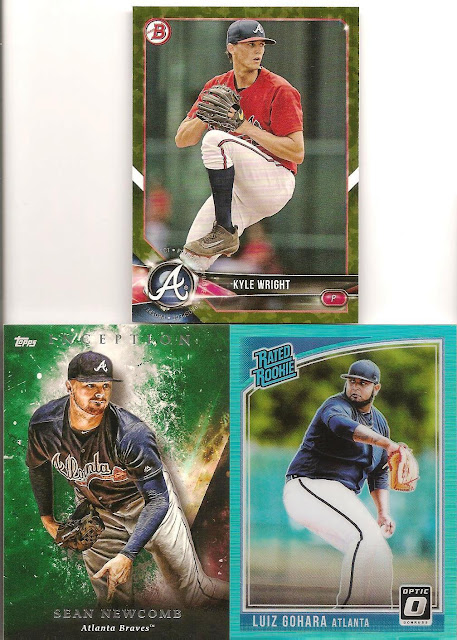 Parallels. That green parallel looks just as good in hand. 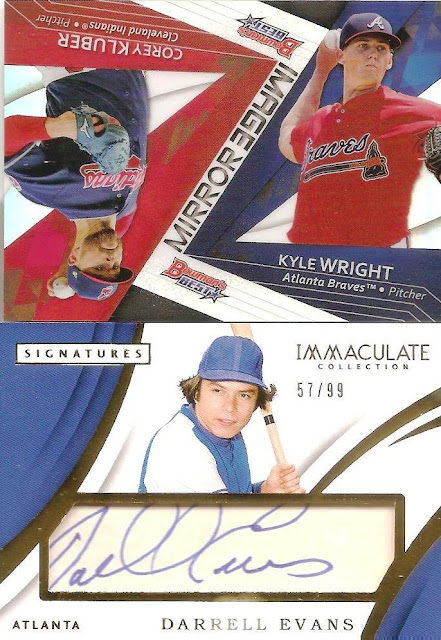 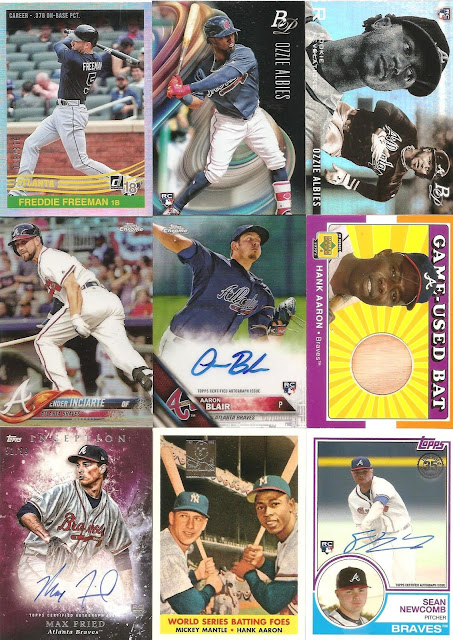 The only thing making the purple Inception better than the green Newcomb is the on card auto.
That is my first Hank Aaron relic card. Beggars can't be choosey. 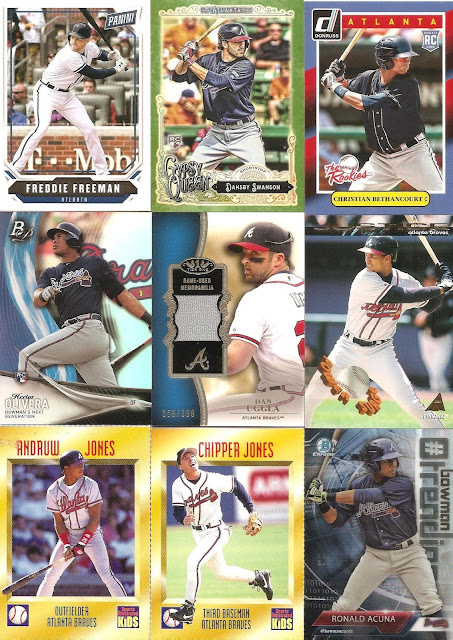 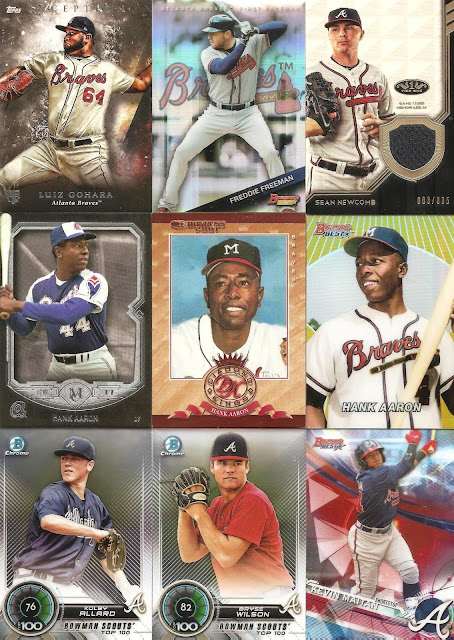 That wraps up the Braves portion of the card show. 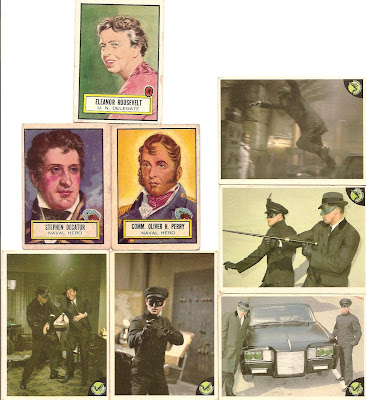 It wouldn't be normal for me if I didn't grab some vintage non-sports.

Have a great night!
Posted by Johnnys Trading Spot at 6:39 PM