I build sets along with everything else I do. Mainly the flagship of each major brand. ie: Topps, Upper Deck, Fleer, Donruss, Bowman and the like. There are exceptions of course such as I take all normal Pacific cards like Paramount, Omega, Invincible, etc.... I also build Stadium Club, Greats/Greats of the Game, SP Legendary Cuts, SP/SP Authentic, Kellogg's, Post, and Hostess. You get the idea..... Well, I've always put off the UD and Bowman's. I don't know why they come last, but anyway I decided to knock out some of my Upper Deck needs when I realized several sets only had a few cards. I went to Ebay to try a find either sets or wax boxes. What I found was wax packs and not the ones you usually see (the crappy junk wax- 100 cards in sealed packs) pure crap those shouldn't even be allowed. I stumbled on some cool packs when I was searching 2007 UD. Well, the seller had 3 lots running with BIN. I scooped em all. 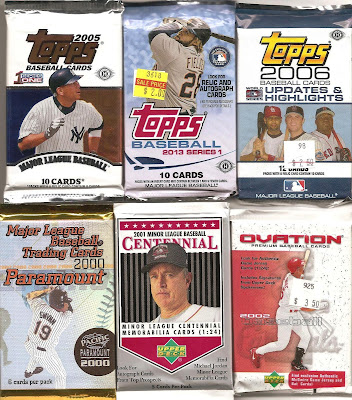 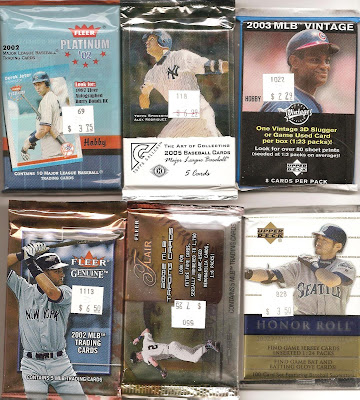 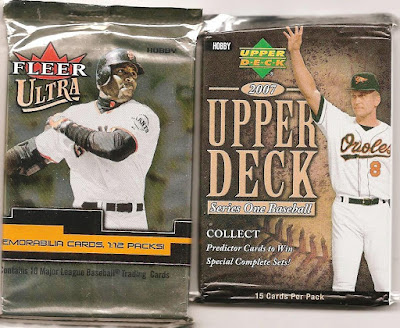 Lots of ripping and I was done the next day.  I only scanned the highlights, inserts, hits, etc. 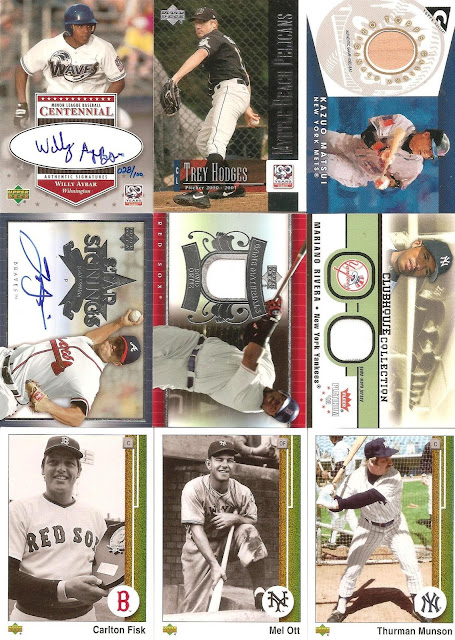 Believe it or not that Braves autograph was the first card in the first pack I opened. I just knew it was going to be a super fun ripping session. 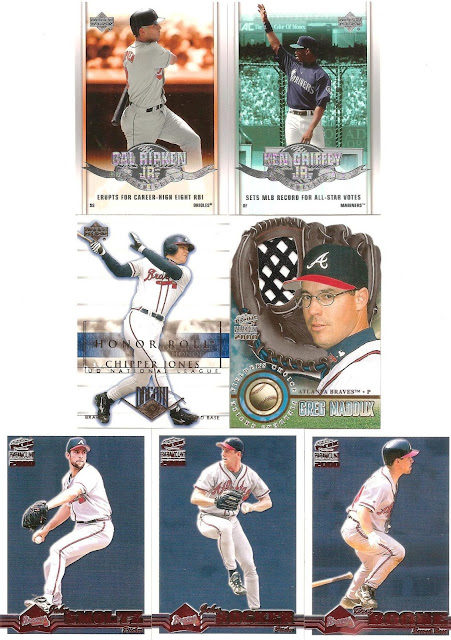 I pulled three copper Braves parallels, but not a single (Braves) base that I needed from the Paramount. But parallels are good too especially when you need them. 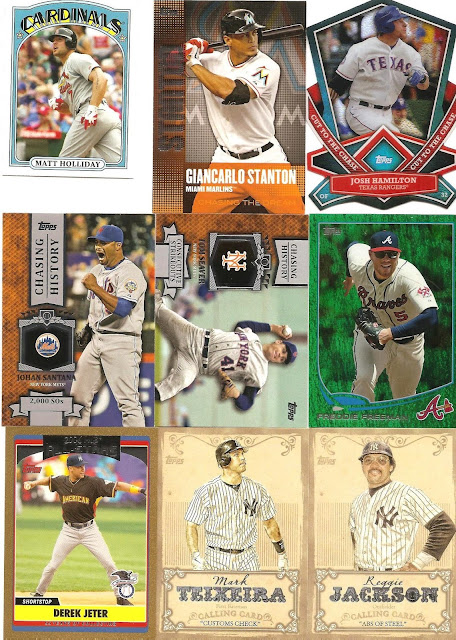 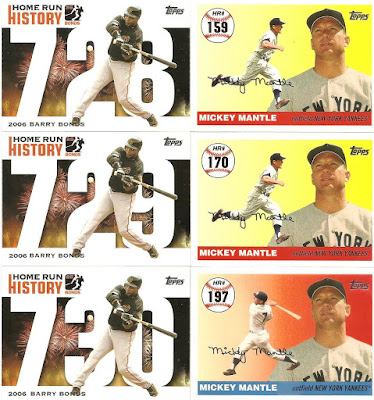 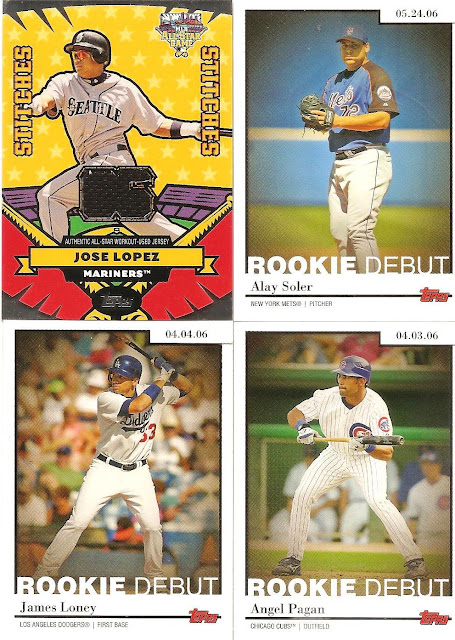 I would have much preferred that very colorful Stitches relic be Javy Lopez, but beggars can't be choosers. 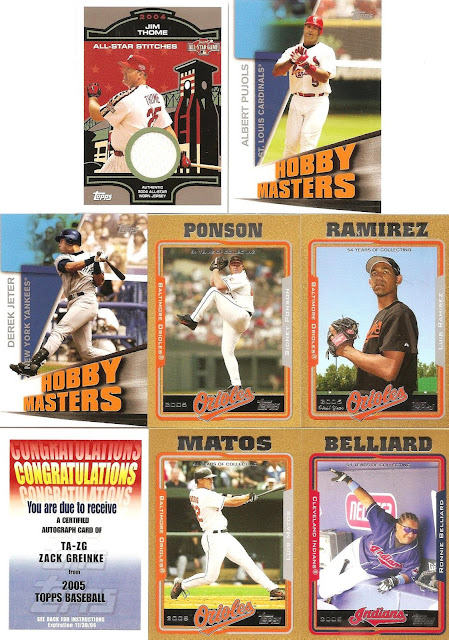 Pretty sure it's a little too late to claim that Greinke auto. Shucks. 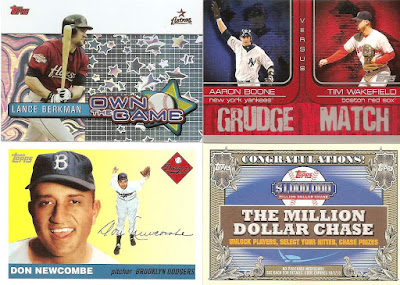 That was the highlights of the rip, and it was a blast. BTW, in the end of the 3 lots was a total of 122 packs for under a Benjamin delivered. You just can't beat that.

Have a great night all, I'm heading off to Jacksonville tomorrow.


Posted by Johnnys Trading Spot at 9:40 AM