The season hasn't started yet, and I've already done something I said I wouldn't do this year. I bought some boxes of cards from Walmart. Yep, bad   bad    bad   boy I am. I picked up 4 boxes of 2018 Donruss two 56 card boxes and two 60 card boxes. I also grabbed a blaster of GQ and a retail box.

This WAR which will end at the end of month will be two separate battles of the Donruss boxes. Then you can decide which style box was better to determine the overall winner.

First up will be the 56 count boxes. I really do wish they made the boxes the size of what is inside, but you know they are thinking something that small nobody will pay what we want. 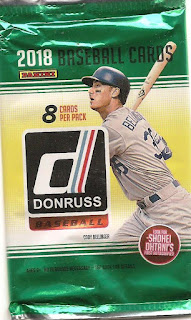 Apparently, if you send 24 of these wrappers to Panini you get a special 3 card pack. 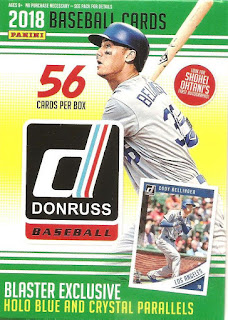 The 56ers were 8 card packs whereas the 60 count boxes were not. Before we begin, I must say that Variations are amuck this year across all brands, but these Donruss are easily had. The best way to battle the 56ers were pack by pack, so here we go. 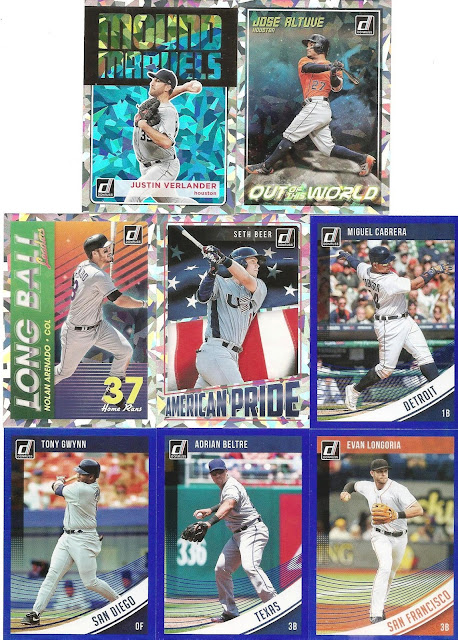 Each box had a "special exclusive pack" included. Each of these held 4 Indigo (blue) parallels, and 4 crystal parallels. 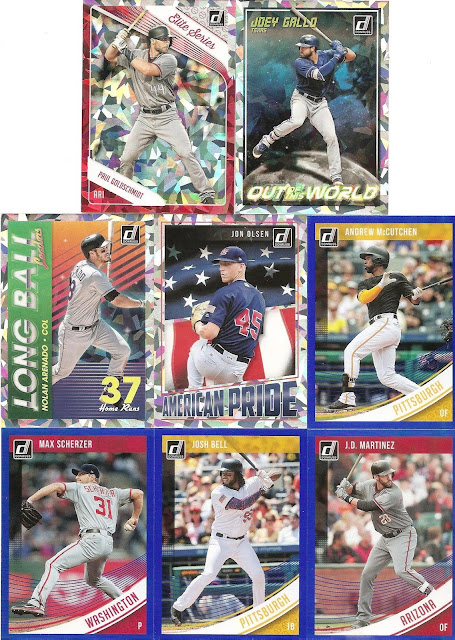 Yes, you see that duplicate. This scared me at first, but it actually wound up being 1 of maybe 3 doubles in all of the Donruss. I give this battle to box 1 because it has 5 PC guys vs. 3 in box 2. 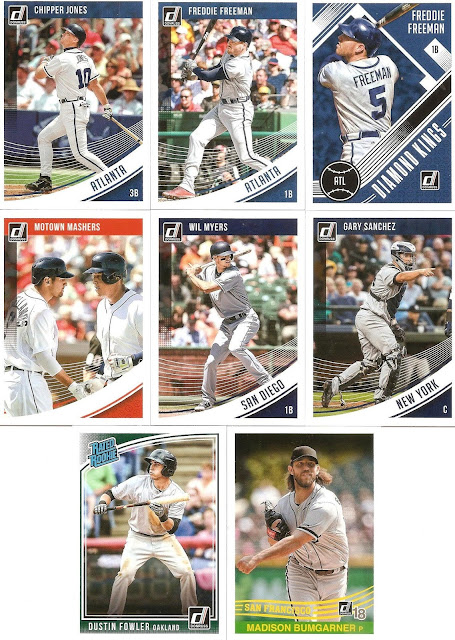 Tough to beat 3 Braves in a pack and another PC guy, but we'll see. 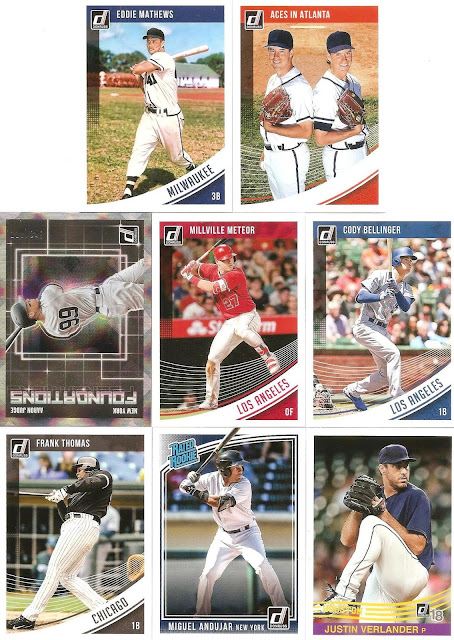 But, 3 Braves HOFers on a pair of cards with a Judge insert, a Trout variation and all but 1 card are PC guys. 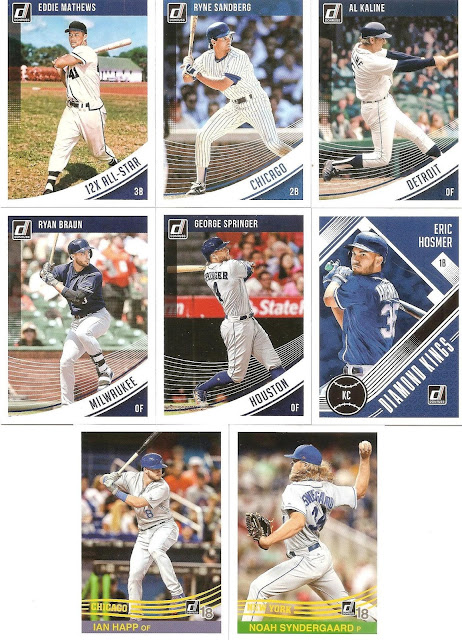 6 PC guys, the Mathews Variation and a DK, (which I already ordered 2 complete DK sets). 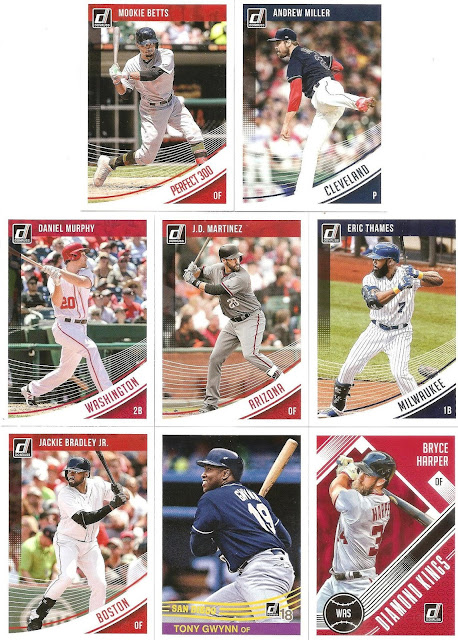 The Betts variation, Gwynn and Harper are not enough to take this one down. 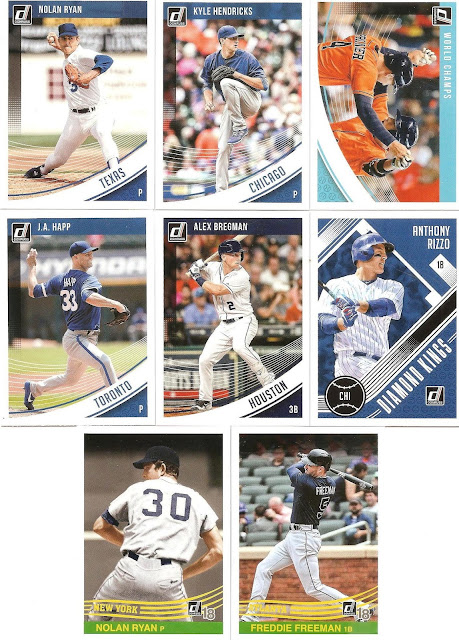 Liking this pack. A pair of Ryan's, a Brave, DK 6 cards that would go into the PC (if I weren't building the set). 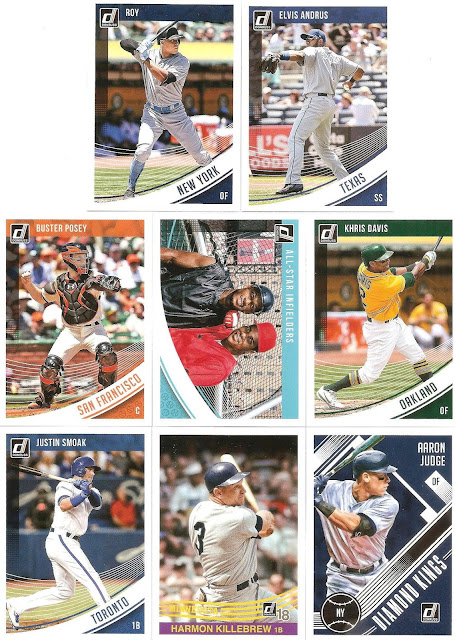 Okay, combine the pair of Judge's (Variation and DK) with Killer and Posey and 5 PC cards it is close, but no go. 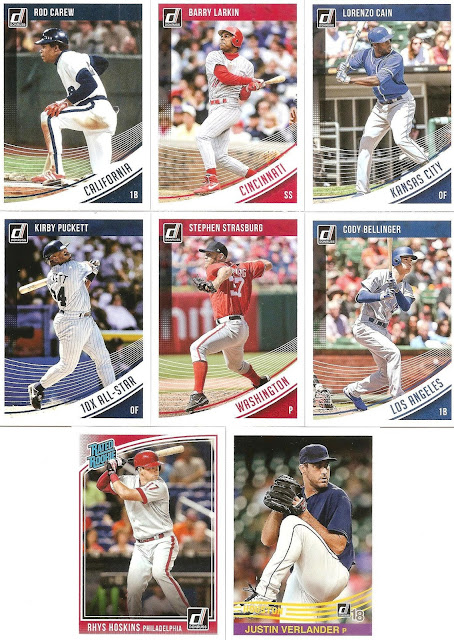 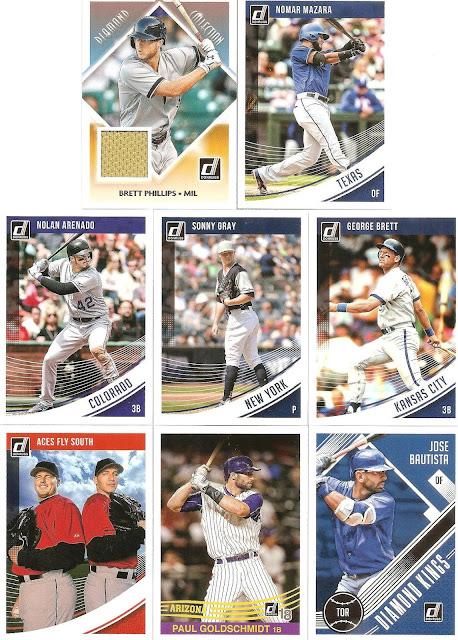 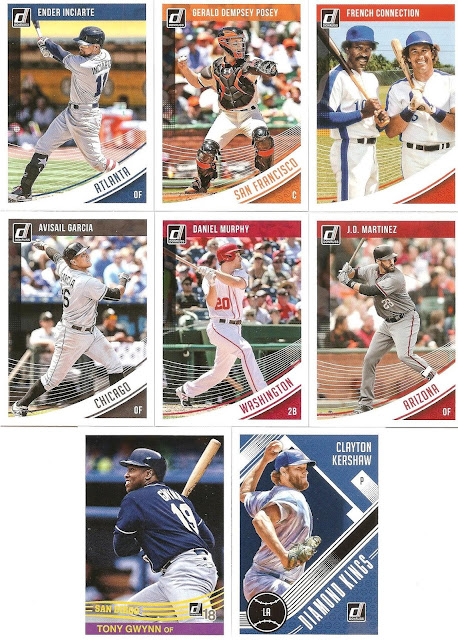 A Brave, and DK, 4 PC cards, and a Posey Variation. 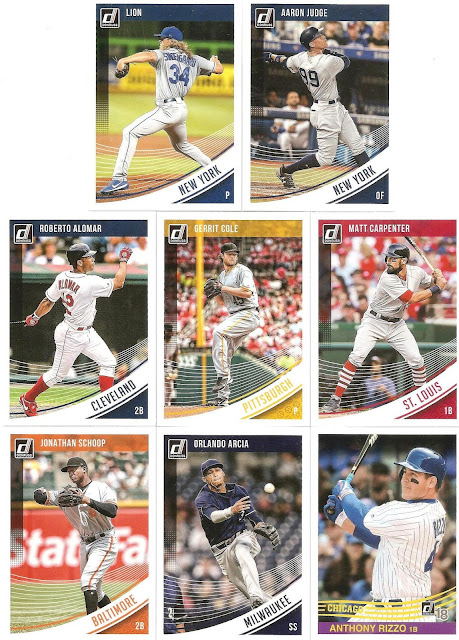 A Variation, a Judge, only 3 PC cards.

SCORE 4:2 which means this last pack is mute for me Box 1 wins the battle. 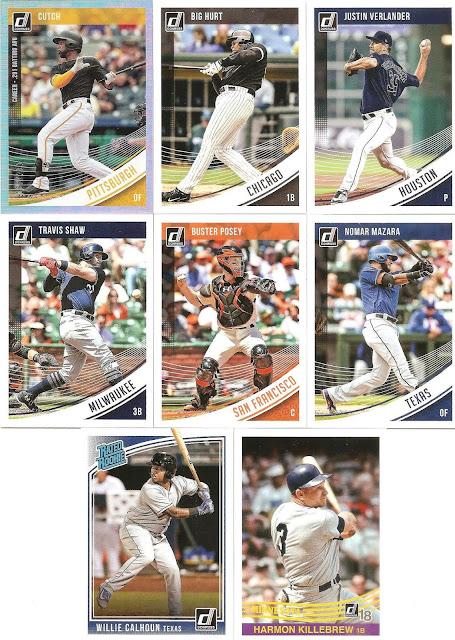 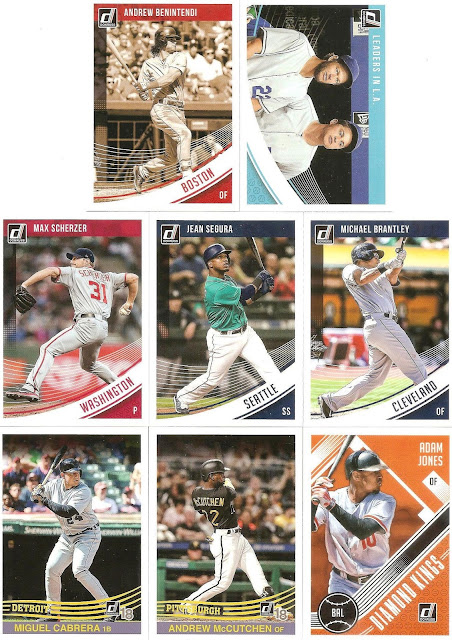 5 PC cards, a DK, and just ain't quite good enough.


Posted by Johnnys Trading Spot at 8:28 AM