As promised I am starting the show posts. There will be a few. Okay, more than a few more like many. The first "few" are just some highlights that were laying right in front of me so I scanned them first. I previously stated that the bulk of these cards were from 1996-2006, and they are/were. But, they were plenty of 2007-2018 as well. Complete sets of 07 & 08 Topps. 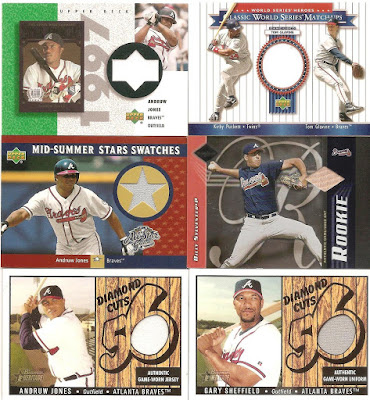 A handful of Braves relics.


I also stated they were 250K, but that is way over shooting because most were in top loaders, and that drastically reduces the number of cards in the box. Not to mention a pain in my ass to take the cards out of the holders and the penny sleeves as i do not use them in my storage. 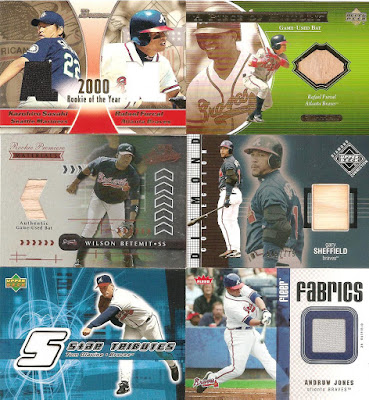 And some more Braves relics. 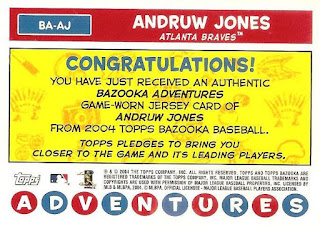 Here is the back of that Bazooka Andruw jersey card. Makes you think this is where the design for 2008 Topps came from, huh. 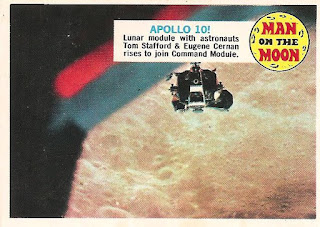 As usual I try to always grab some vintage non sports. 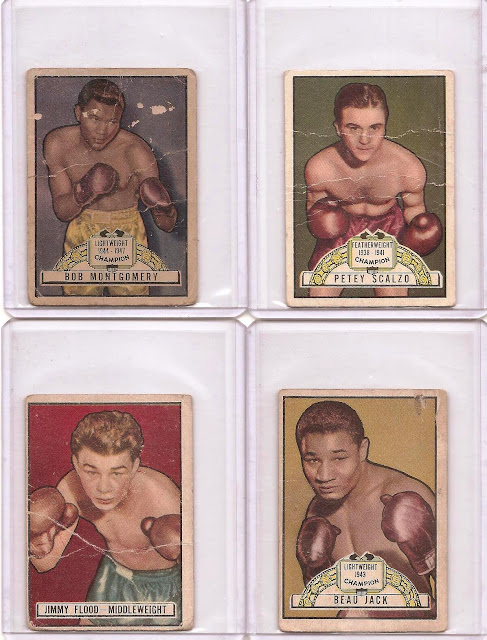 Well, boxing is a sport, but still vintage. I will be trading all of the above boxing and Man on the Moon cards with my OCT buds. 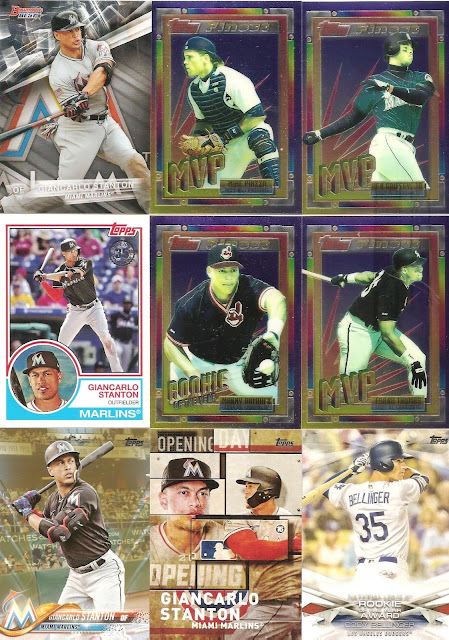 Some 2018 Topps inserts/parallels. And those 1994 Finest inserts are new to me, this was the first I'd seen them and they are absolutely more beautiful in hand. 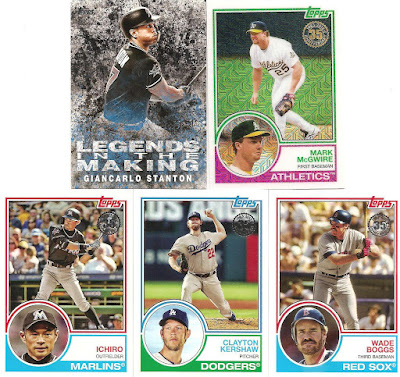 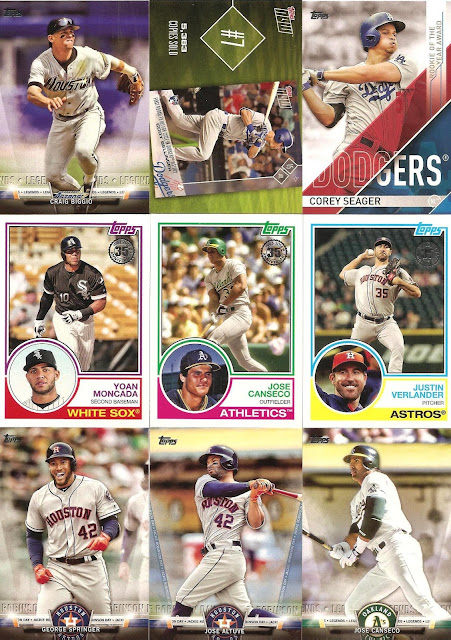 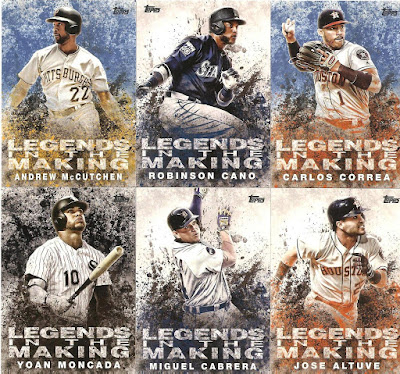 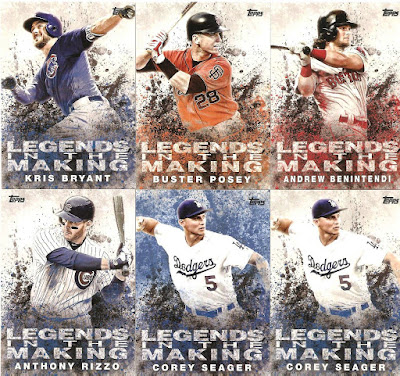 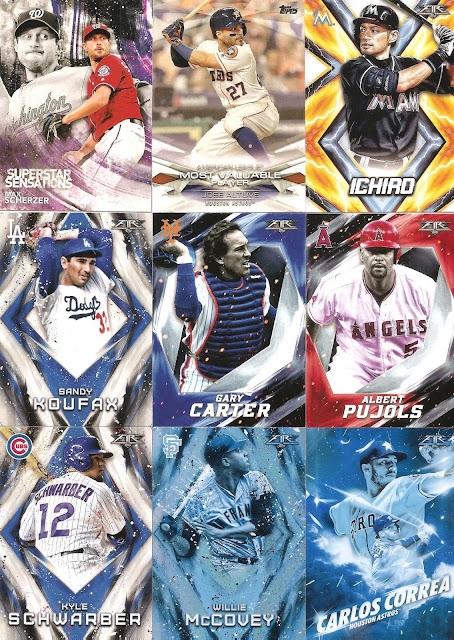 Now i know the last two are parallels, just don't ask my which one. 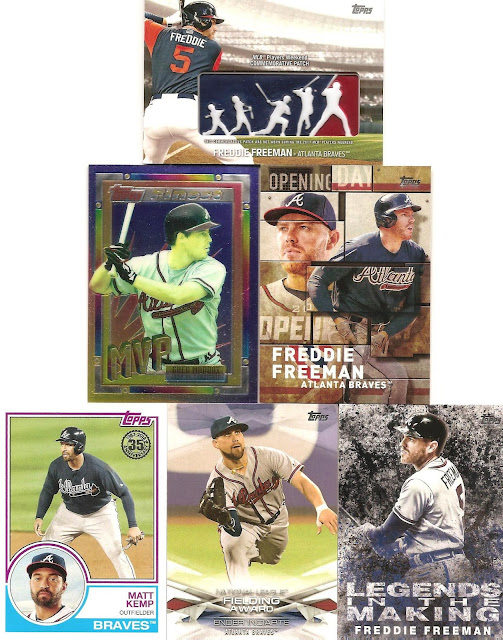 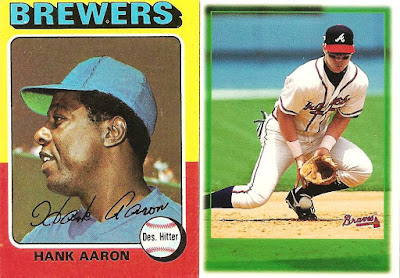 Would you believe i didn't own that 75' Aaron card? I didn't. Happy to grab the no name Chipper too.
It was free....

The next cards are some set building vintage high number grabs.

I showed the backs for the number range, but I picked up about 200 cards (most the higher numbers) from 1973 and a handful of 72's which were all high number. 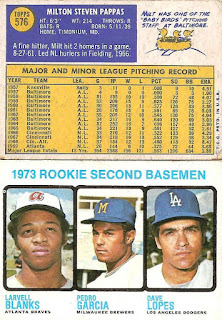 A couple of vintage Braves knocked off of the want list along with the earlier Hank Aaron.

As for the "pre 1973" I need 112 cards total. Mainly high numbers or Aaron with some Mathews and Spahn mixed in that takes me to 1951 and I do need all of them. The 72' and earlier like the Blanks above will get knocked off a couple at a time slowly but surely. 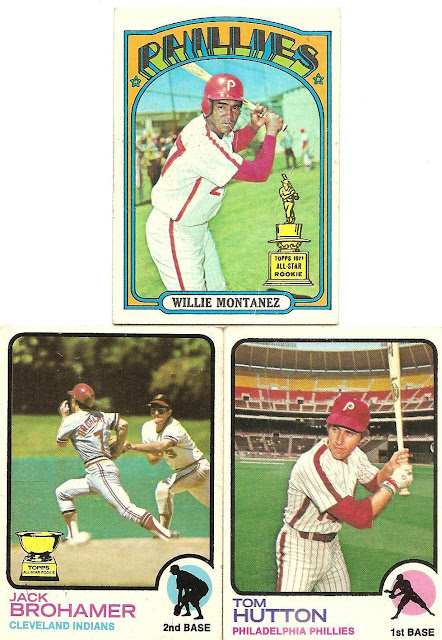 I knocked off 3 Trophy Cup needs too. I know Hutton has no cup, but I do build it with the "no cup" guys included. 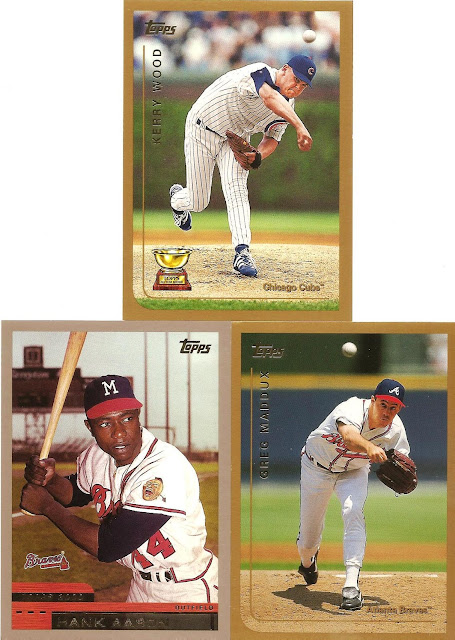 I have no idea why I scanned these 3 cards, but this is a great place to stop.  I hope y'all enjoyed this card show teaser. Lots more to come.


Have a great night!
Posted by Johnnys Trading Spot at 7:25 PM