Nine hundred sixty four cards. That is the number of cards from the last SportLots box order that came in. My largest thus far. I do have a 500+ one waiting right now. My plans for the 964 is to spread them out over a couple of weeks. I've divided them into "sections". I'll start tonight with half of the Bowman cards. 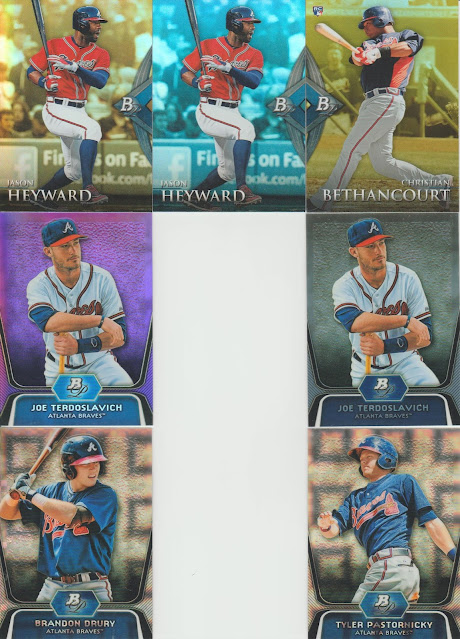 Golds and Blues with a purple too. Bowman Platinum is sort of the high end these days. 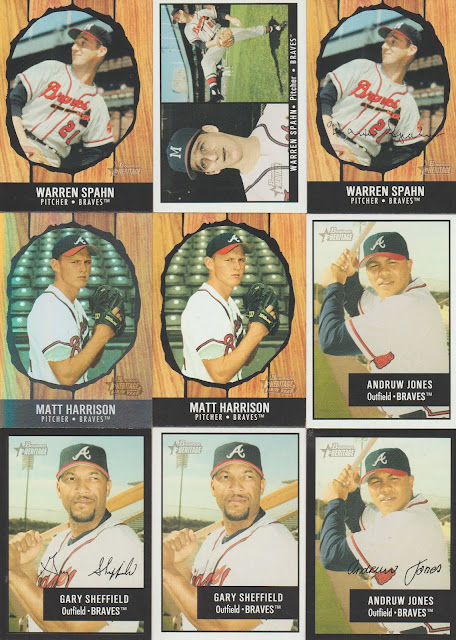 The white border cards are the base cards unless they are the double image horizontal versions. The black borders are the "facsimile signature" versions of the base card. The wood looking cards are knothole versions and they have a rainbow parallel as well as the fac sig (the far left Harrison is a rainbow). 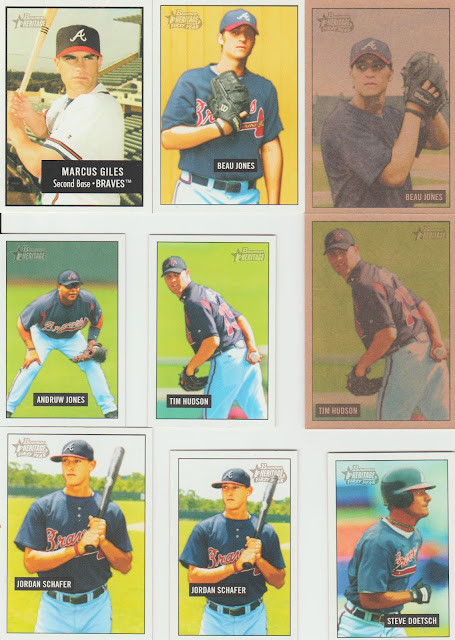 Here you have minis and Mahoghany's. The Beau Jones whote border up top is a "draft pick" variation.

I'll finish the rest if the Bowman cards tomorrow.