The card show post the other day was mainly an overview of the 2 boxes with some wax boxes and mini sets mixed in. Let us take a closer look at some of the haul. 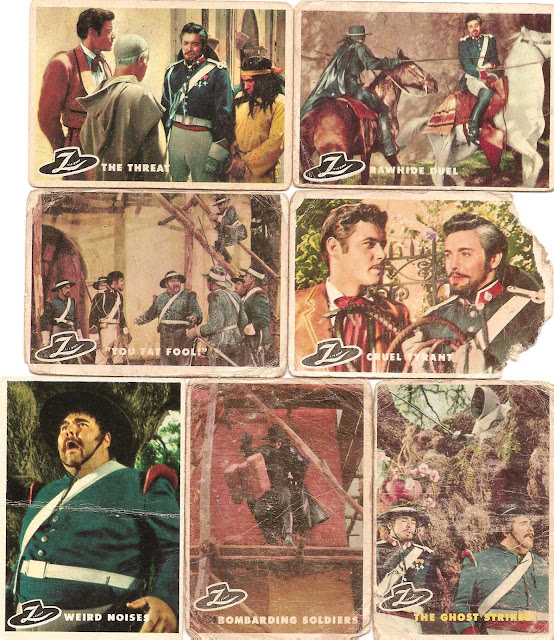 Vintage non sports Zorro cards from my favorite dealer at this show. 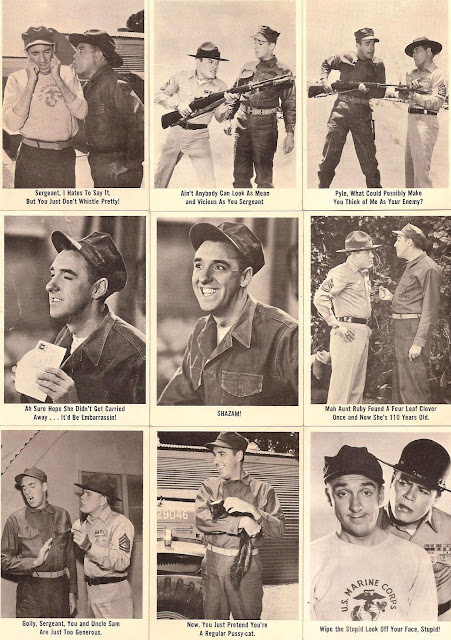 How about a little Gomer,  Shazam!
I made certain to hit Fred (not my Uncle) this vendor up first and I did. He is also the guy where I got my 2018 Topps from.

Now on to those wax boxes I busted open, all but 1 the day after the show. The first box I opened was the 1994-95 Fleer Excel. I'm not usually a minor league kind of guy, but I had a feeling i'd get my $6 bucks worth. 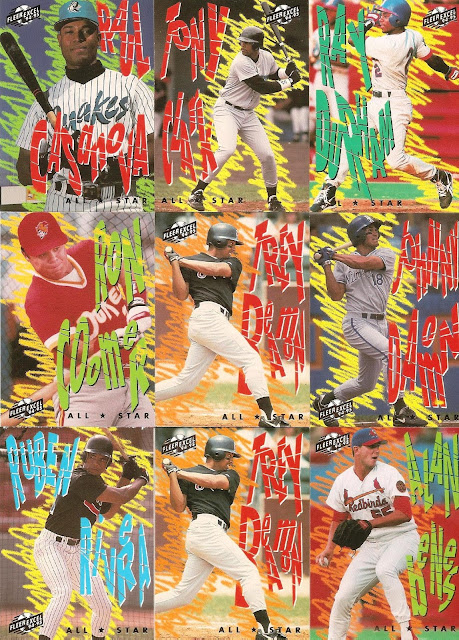 Mid 90's no doubt, look at the craziness.  These are the All Stars inserts.  No PC guys above. 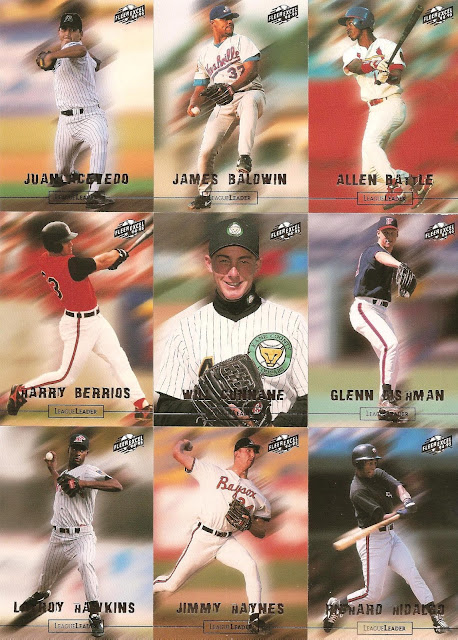 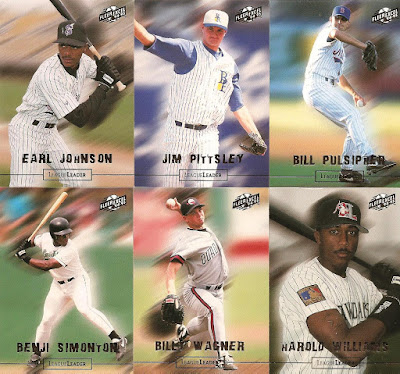 The League Leaders inserts and 1 PC guy in Billy Wagner. 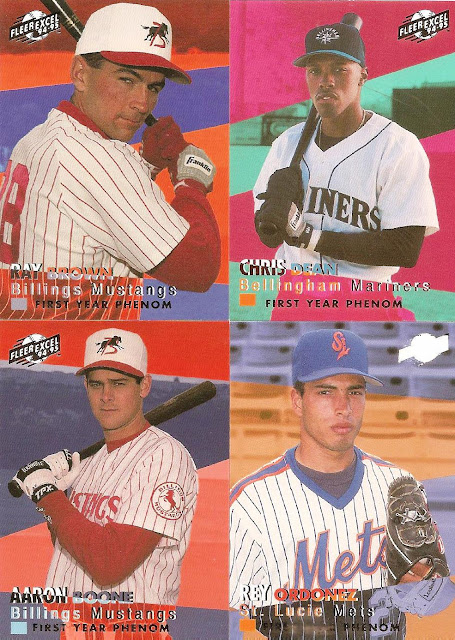 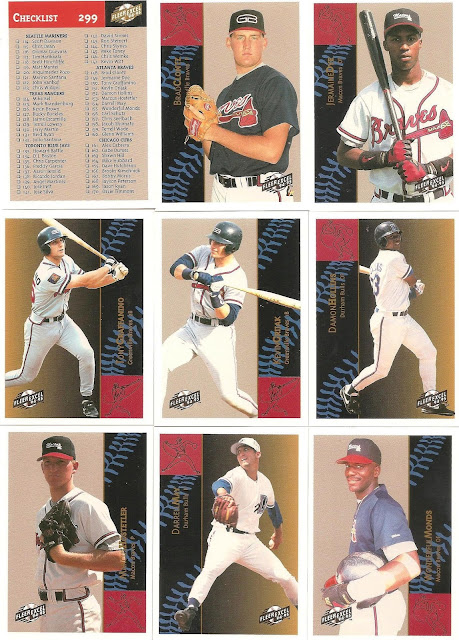 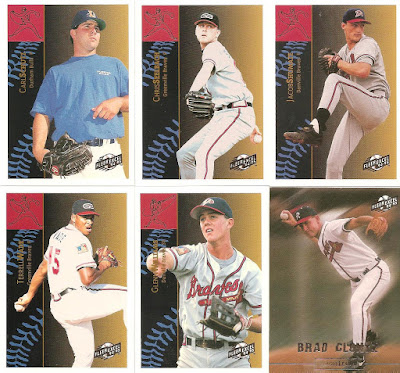 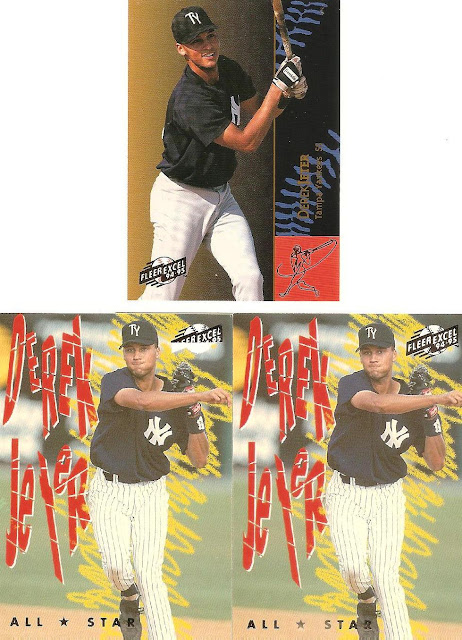 Lordy lordy I knew I had a good feeling about this box.  And if you have to double up on an All-Star insert who better than Derek Jeter! 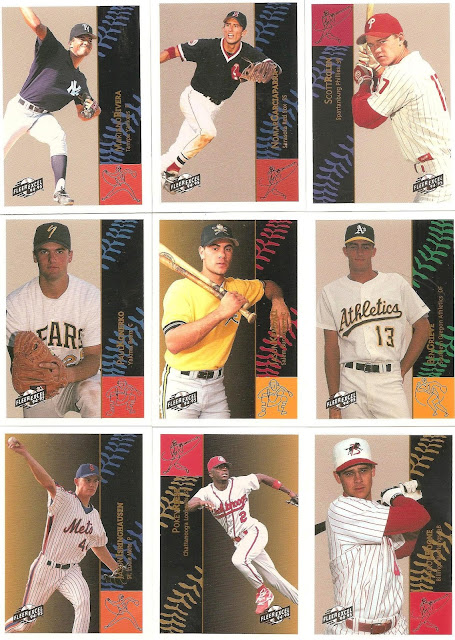 Here are some other notable names, but there were a ton more. 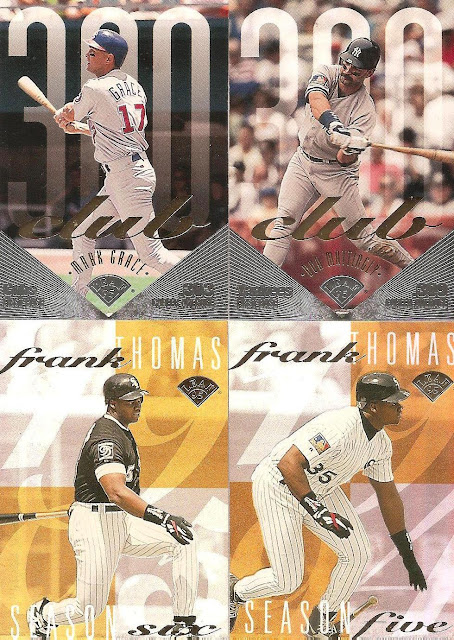 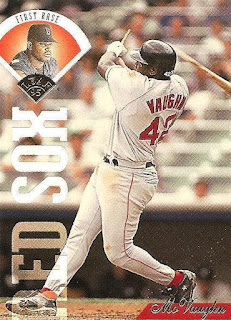 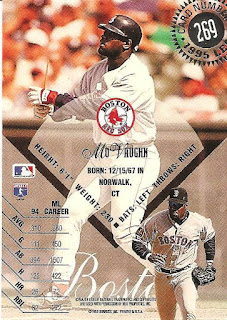 The Vaughn is for the Broken Bat mini collection. The front shows the swing in action, and the back shows the afterwards shot.  Kind of looks like a b ig toothpick on the back. 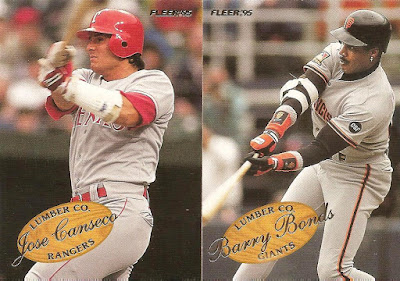 always like the Lumber Company inserts, but these seem lacking somehow.

The art cards or provisions whatever they're called are pretty cool, but I probably have them all. the Award Winner are lacking as well. It's like Fleer got lazy. 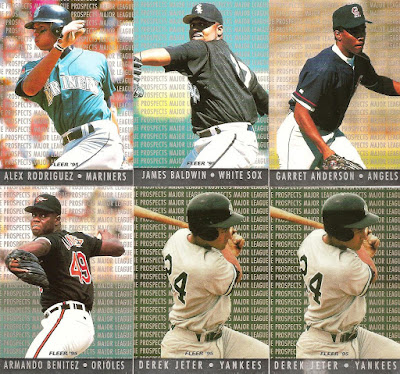 The Prospects, I must say Jeter looks the best, and again doubleed up which is great here because I can stick that #24 Jersey in the Jersey Number binder. 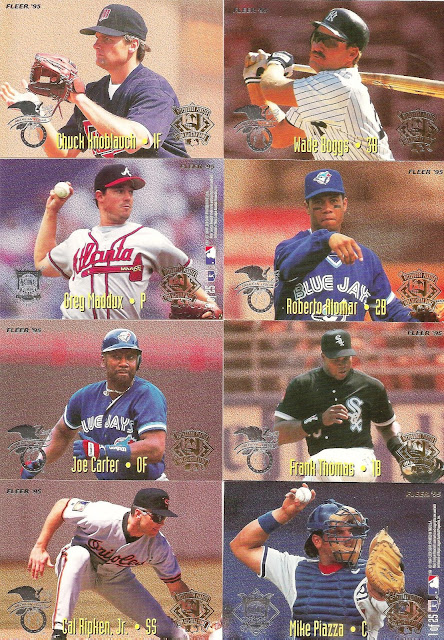 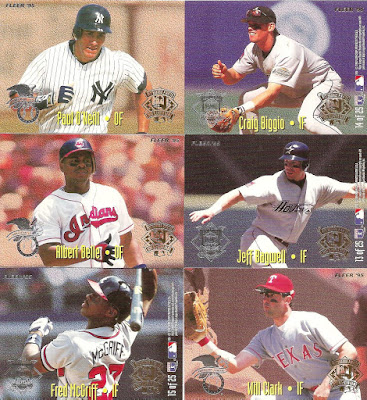 And wrapping this up with the All Star Game inserts which feature a different player on both sides. I showed the one I liked best.  :P 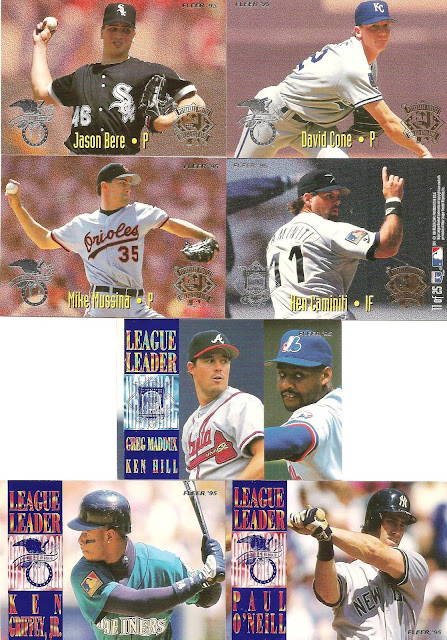 and some League Leaders.


1995 Ultra. I only opened one of the two boxes so far. Each pack came with a Gold Medallion and an inserts, and sometimes that insert would be a Gold medallion too. 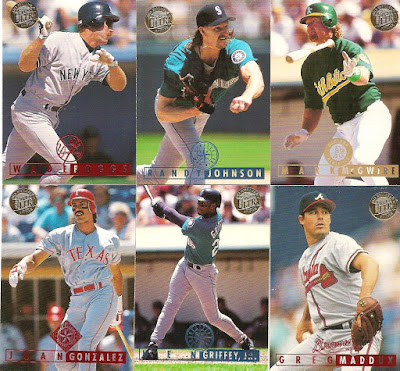 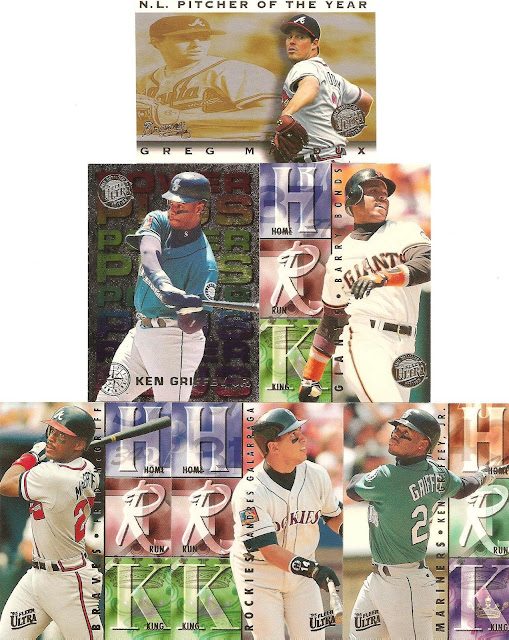 The top 3 inserts are Gold medallion. 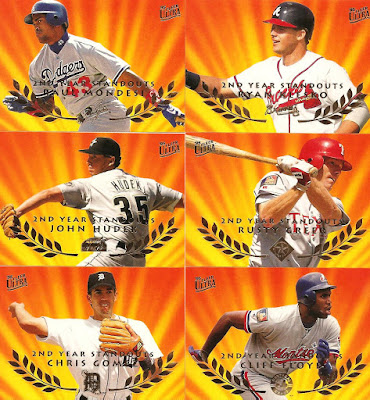 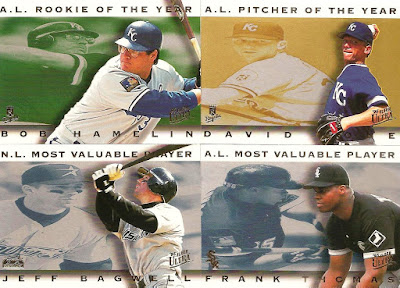 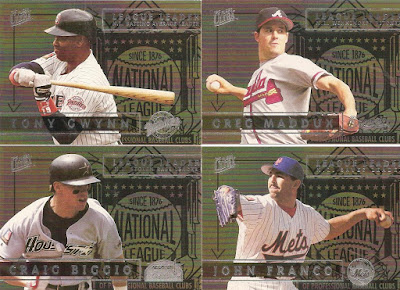 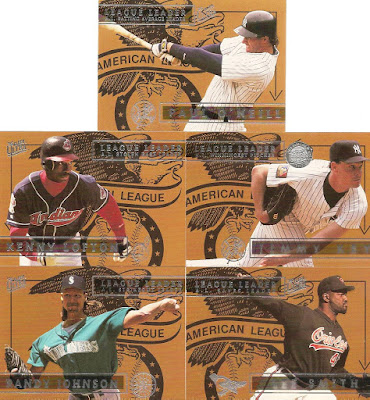 
Go Braves. That it will do it for the card show. I did a lot of set building this past trip took my book in and knocking the 70's down.  Still a race to see which set is completed first. Check them out some are down to just a few. Maybe you can close em out for me.  Hey, I can dream right.


Have a great night.