What better time for my winnings from Wes show up but the very day I announce another version of the game. Wowzer. 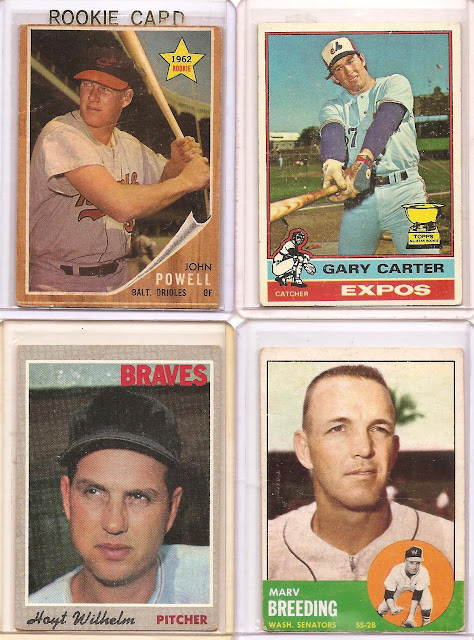 Just for reminders these are the "vintage lot" I "picked" and was never stolen in JBF' Big Fun Game. 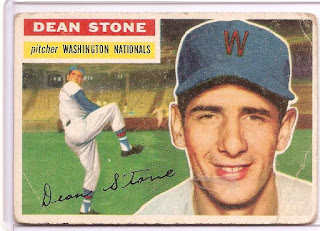 Wes wouldn't be Wes, if he didn't throw something extra in.  Needed it. 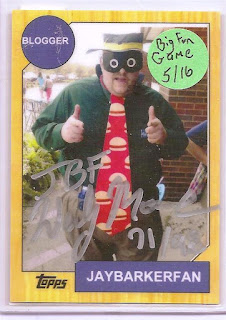 Come on, will you just look at the guy. You know he's off the wall, but in a good way. 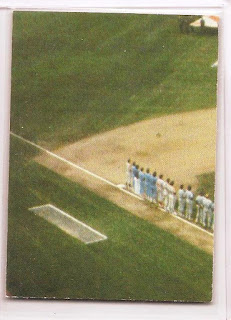 He threw in the 80's Fleer sticker which I decided the puzzle back view was much better to scan than the old ChiSox sticker. 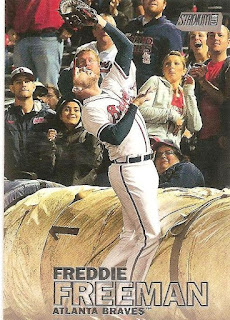 Wes didn't stop there though. Had this one in team and set builds. But...... 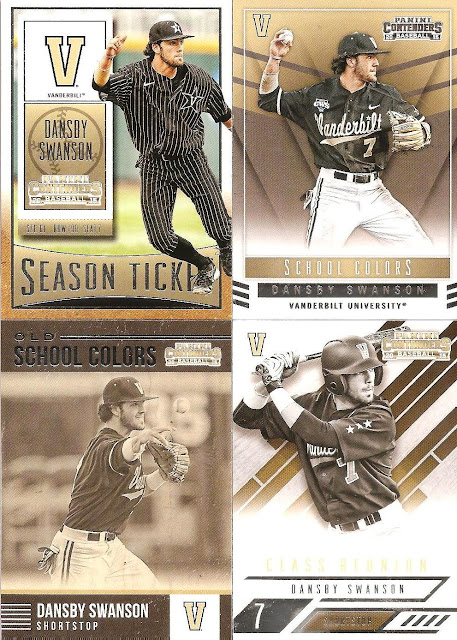 4 Dansby's I needed, plus 3 of these came with a spare. 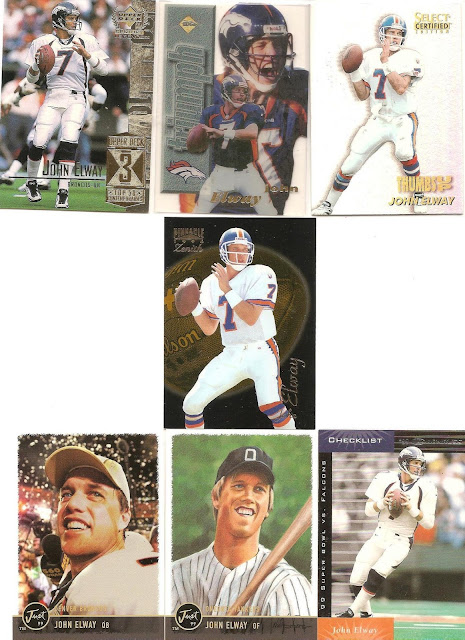 Wes, threw in some Elways too.  Thanks for the game Wes (and the cards). Looking forward to getting rolling on my round.  Speaking of which it's not too late to sign up (urg, I mean comment in). Let's get 3 more players in the game.