SOMETHING DIFFERENT AND A CONTEST

I've noticed that the comments have been severely lacking of late, so, I've decided to give it a little boost. What can I say, I like comments. Before we get to such a contest, let us peek at the last cards I'm showing from last week's card show. 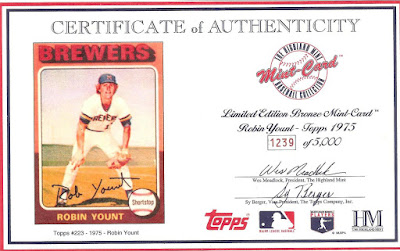 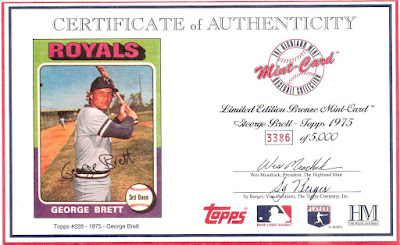 Technically (and physically) these aren't the cards I bought. But, the certificates that came with them.

It was much easier to scan these than to remove the heavy Bronze cards from the very nice screw down acetate holder they are in.  As is my understanding the 5000 limit was never reached on the Highland Mint cards. The numbers I have are listed as the final production numbers. 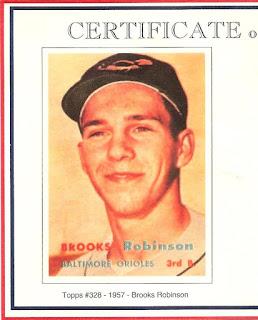 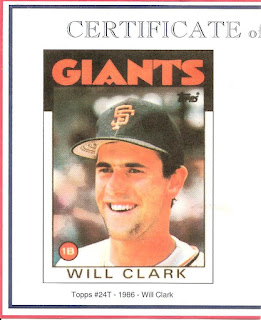 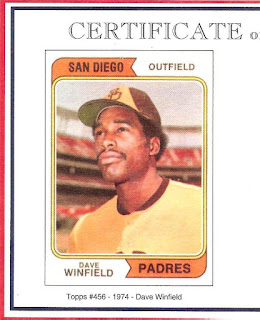 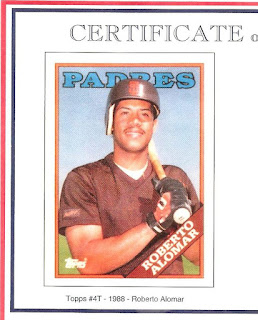 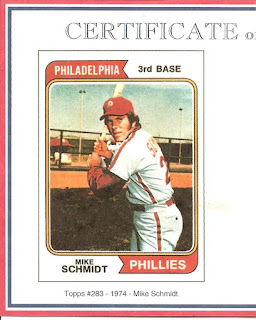 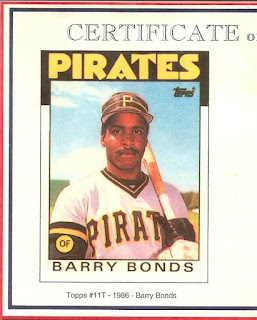 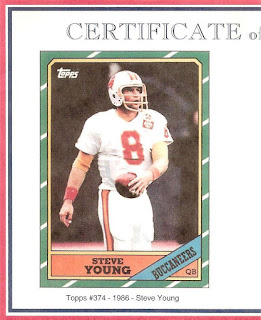 Young: I don't have the final numbers of the football but they too were only planned for 2500 originally. 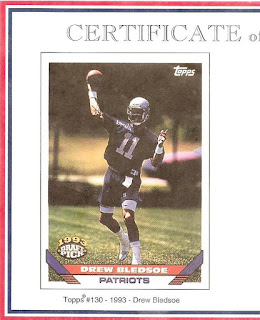 These ten are keepers for my PCs, less the Bledsoe which is for a buddy.
I picked up 7 extras for give-a-ways, which brings me to the contest. I put together 20 packages thus far, and will add more if necessary (hopefully so). 80% is baseball, 10% football, and 10% Star Wars. How's that for variety? Okay, so it is a little baseball heavy, what can I say that's my thang. THIS IS MY 798th POST SO IN HONOR OF MY UPCOMING 800th.       LET'S PLAY BALL!

The contest is similar (more so the same) to that of the Big Fun Game Wes held a couple weeks back.
More of a Chinese Christmas. I have assigned each of the 20 packages a number by random.org. I will also randomize the contestants for the order they will go in. Each prize will be shown as it is picked and the item can be stolen two times then frozen. One enters this contest #1 by being a state side follower (if not already just start), #2 by posting a comment here on THIS post no later than 9 pm EST Wednesday May 17th. Simple enough. I apologize to those not stateside, it's just that there are some Heavy items like the bronze cards above and shipping would be horrendous.

I will go as fast as I can through the picks as such allows. I will also limit the wait time for making a selection to 24 hrs. For those who miss their turn: you will be placed at the end of the line. I hope this one is fun as well, and that another blogger will pick the game up and run with it next month, just hoping that's all I'm saying. KEEPING TRADING FUN.
Posted by Johnnys Trading Spot at 9:15 PM