The Good, the Bad, and the Ugly

I went to a card show yesterday. The same show I went to last month, but didn't really post anything from it. I will drag this out for a couple of days.

First up, the Good. 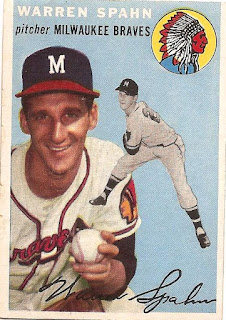 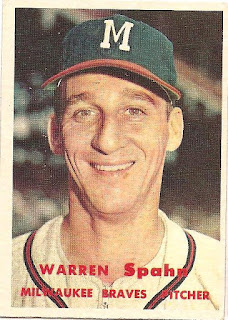 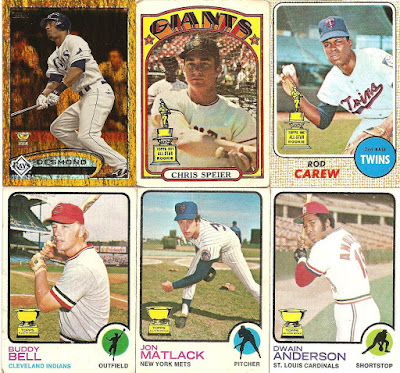 The 2 Spahn cards were the highest cost cards I picked up. I did manage to grab a bunch of Rookie cup cards I needed too.

I was a 500 count box full of 2017 Topps base cards (there were a couple of parallels in it too). I will highlight some of the keys in a day or two. I already have Series one complete, so this was picked up to pull PC cards. Get this is was $8.00....


I also picked up another box of nothing but inserts and parallels cards from a guy that I bought a 3000 count box from the last show, but it was only half baseball, the rest were basketball and football, so this time he had another box (he told me last month he would bring it). However, I told him I really didn't want anything but the baseball, he was good with that. Cut the price right down the middle for me.  Remember those amazing nickel inserts?  This time it was only 1300 ish cards. So when I get to them I will just mix them in with the others I never scanned. But that is for later.


The last box I picked up was a VINTAGE 3000 count box 99% 70s cards. You heard me right, these were a dealers quarter box cards. Now I wasn't the first guy to dig through them, so when I offered on the whole box I came home with apx. 2500, will no for sure tomorrow once I count them and sort them.  Who doesn't like .25 vintage cards? I certainly do, but you know you have to expect that there will be some really BAD cards, and there were a handful, but only a handful. Those are the bad and UGLY you will see tonight. 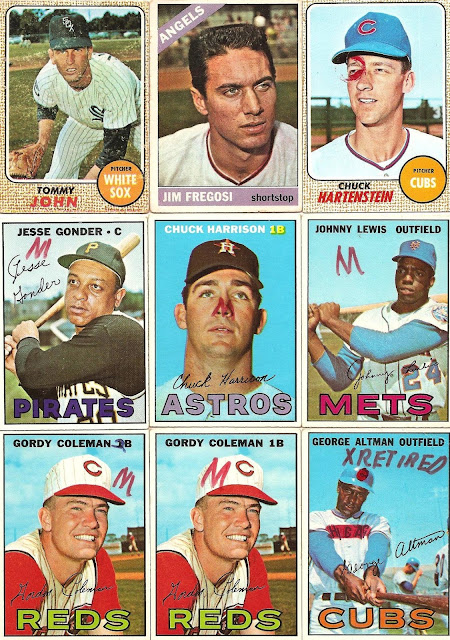 Tommy John is really just a surface issue, and Fregosi and Harrison have creases even if you can't see them here. The others are self explanatory as you will journey through. And yes it wasn't just 70's cards there were small amount of 60's and a couple of 50's. 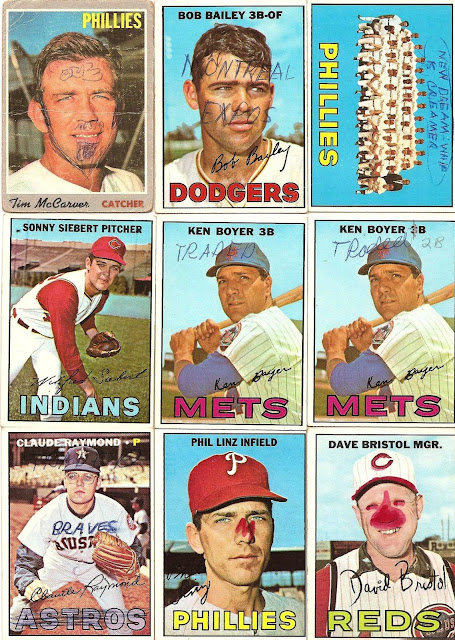 Some of these are abvously from the same collection or collector. 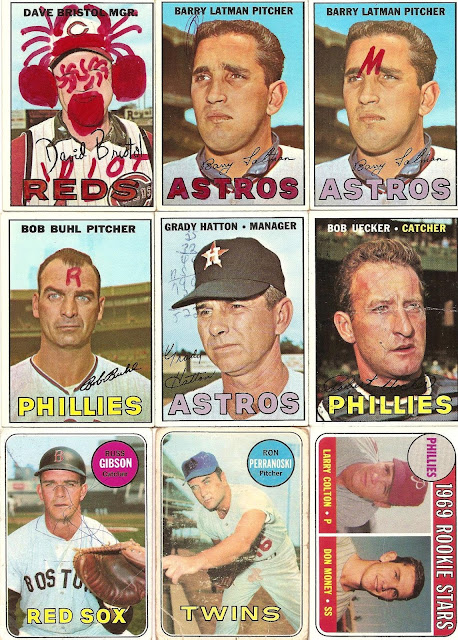 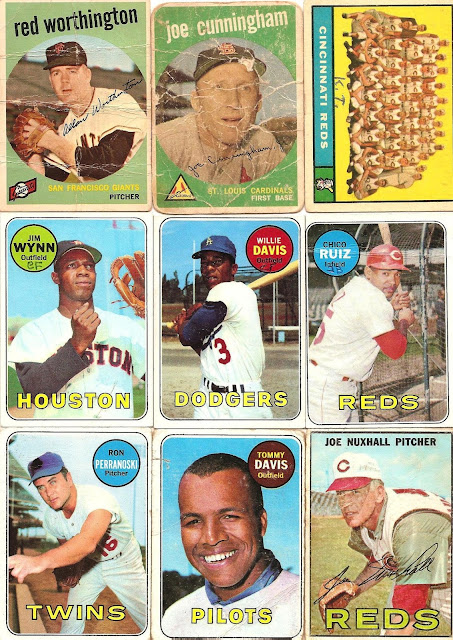 it really is a shame for many of these cards with the RF, CF, LF written on them, otherwise many of those were SWEET. There are a couple of 59's that don't have writing on them, hehe. Maybe I'll hold a contest for them. 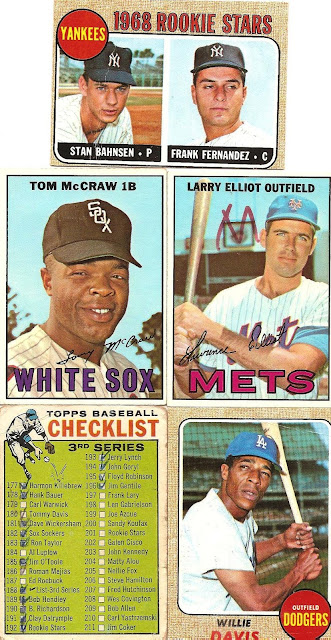 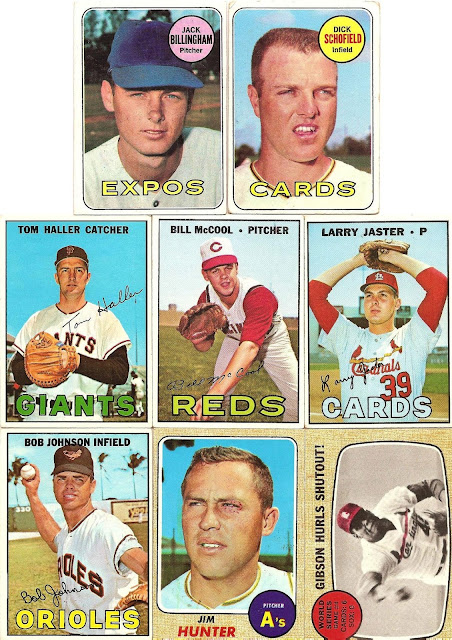 Most of the cards were just fine, like the ones above. That Catfish card has wax stain on front as does one of the two on top, but I can't tell from the scan.  I would say that 75% of this box was in the condition like above. Absolutely, okay for my collection, heck I'd say maybe a third of the box were actually NM with the majority of those being 1973 and 1974.  I will shoot a scan of the overall cards from this box, once counted and sorted so I know how much per card I paid. Meanwhile you guys have fun and take a guess. That's right, it is a CONTEST.

Rules are simple US mailing address and a follower, just comment with you guesses. No idea when I will end it, but it won't be until I scan some of the goodies from this box, and the overall stacks from the different years with the breakdown on quantity and overall condition of each stack. The only CLUE is that this was a quarter box, 3000 count box, with apx. 500 cards already out of it.