Heres the scans from the Show. 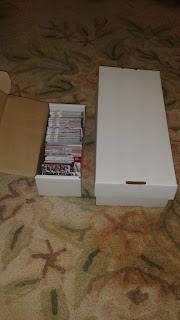 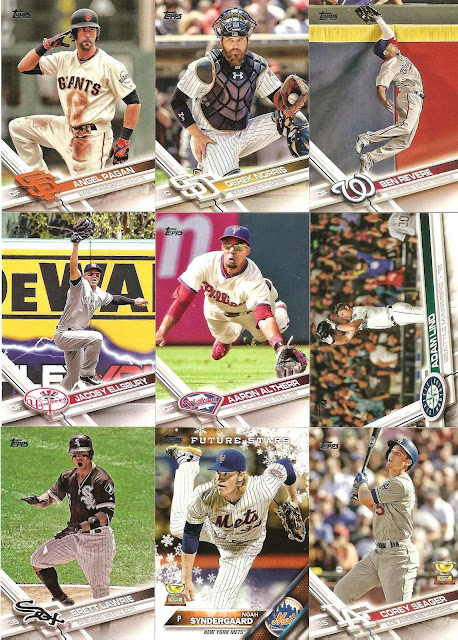 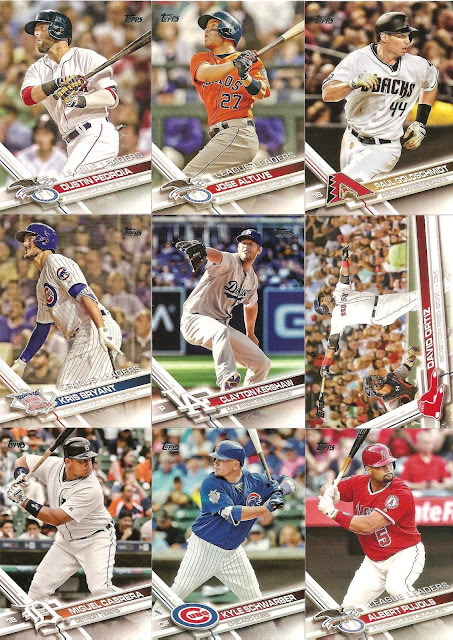 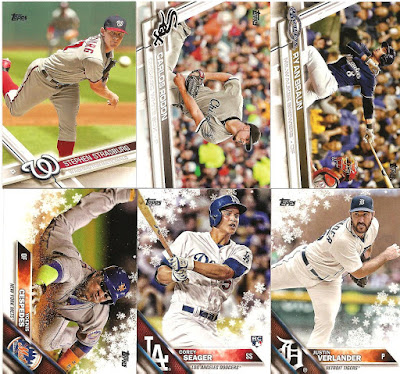 There were about a dozen of the 2016 Walmart Holiday cards in the box. Still nearly 500 cards with the stars for $8.00.  My kind of deal, even though I already have the series complete. This was a great way to hit my many mini collections. 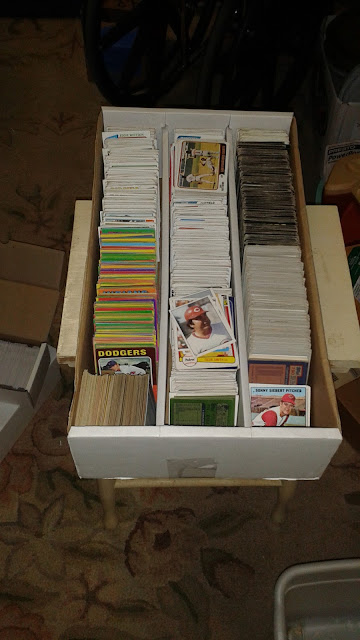 This is the box of the Vintage.

Break down is as follows:

There were also 300 cards that I "kindly" allowed another collector to pull. Now I wasn't pleased about this as he had just grabbed the first handful when I told him I had just made an offer for the entire box, and was waiting on the vendors decision. I said he could go ahead and pull some. An hour later he was still pulling and I had nudged him a few times after the dealer agreed to my offer, in fact I even counted the damn things when he had pulled 100, and he kept going. This was one of those times where I shouldn't have been nice, and told him sorry dude they're all mine put them back. I should have told him, they are .25 each, give me $75.00, knowing he would say forget about it. But, oh well I was nice and it is over.  Don't forget to guess how much I paid for the cards. Counting the 300 there would be 2,630 cards, otherwise would be 2,330. 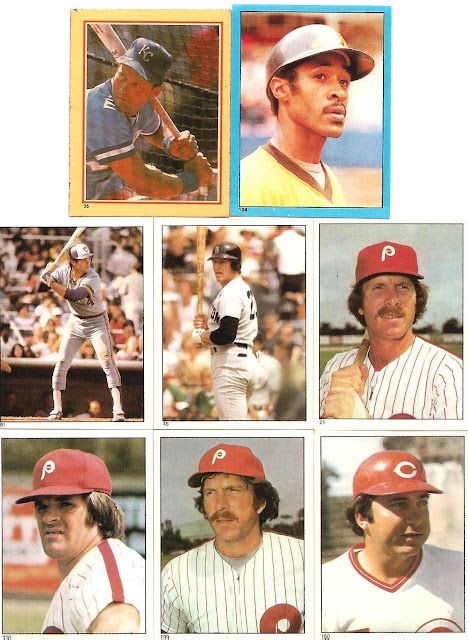 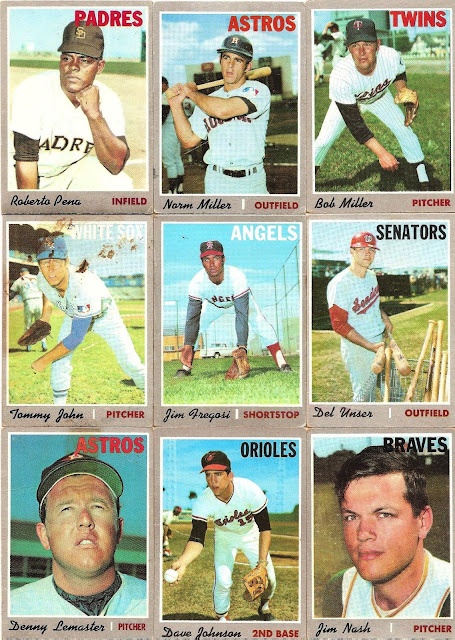 The following and the scan above 9 cards from each of the 70's. 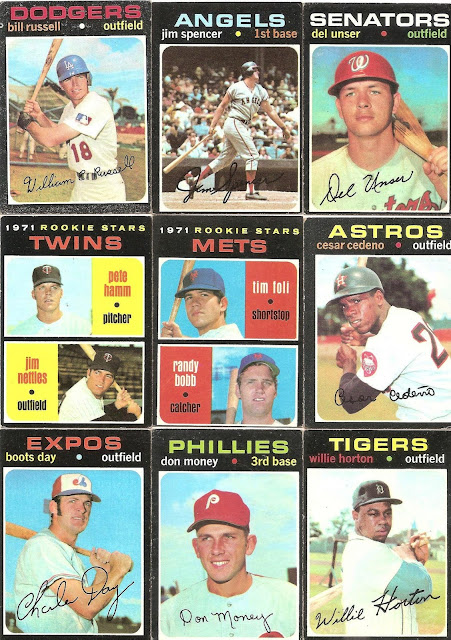 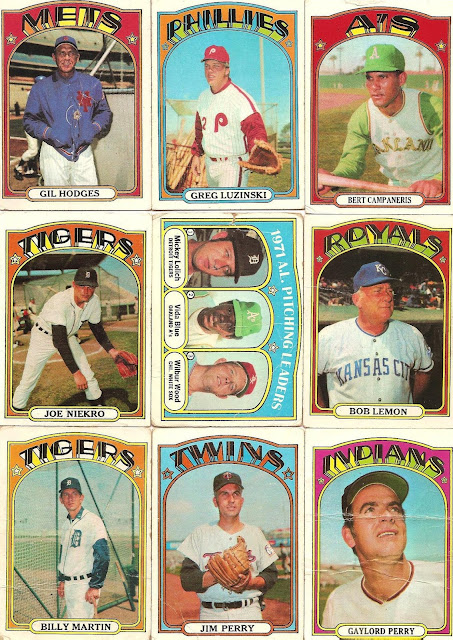 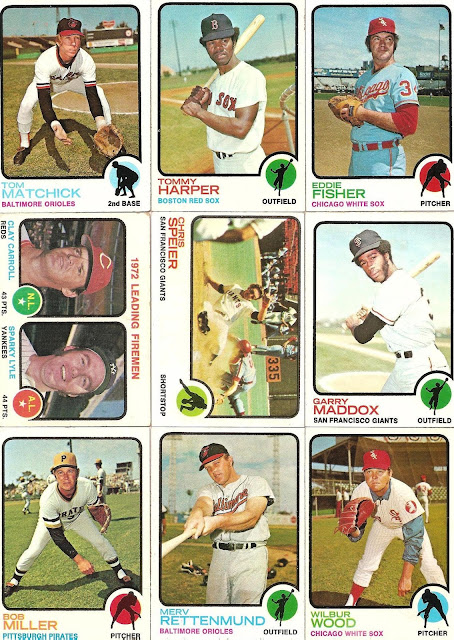 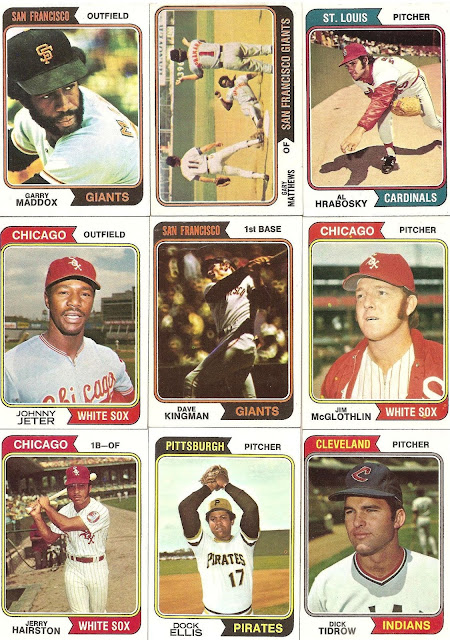 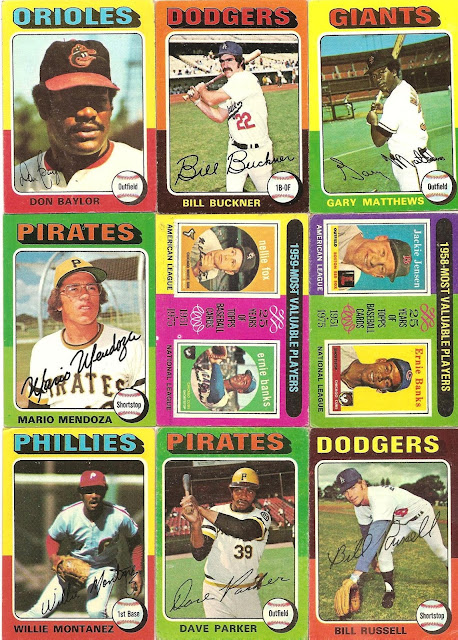 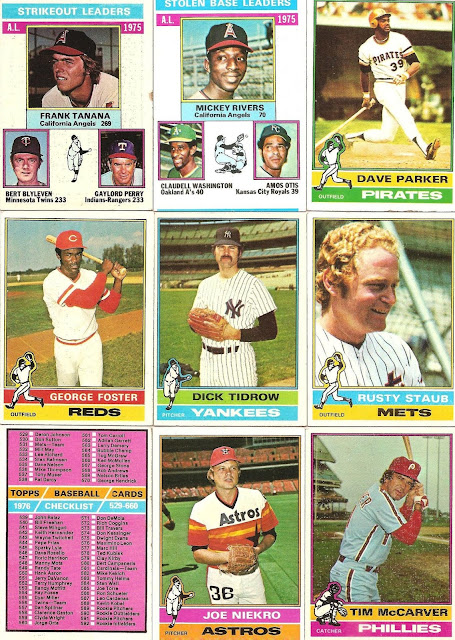 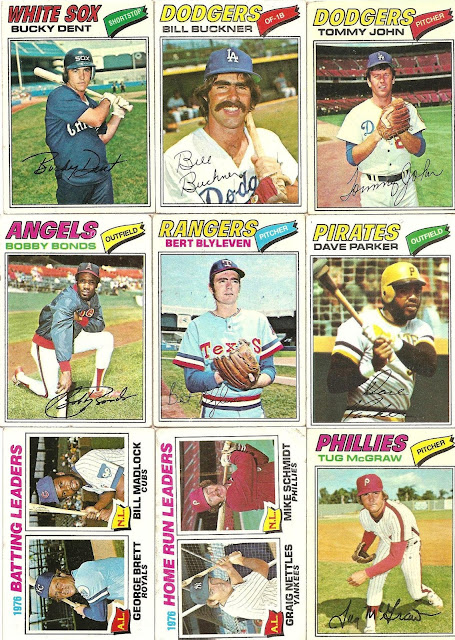 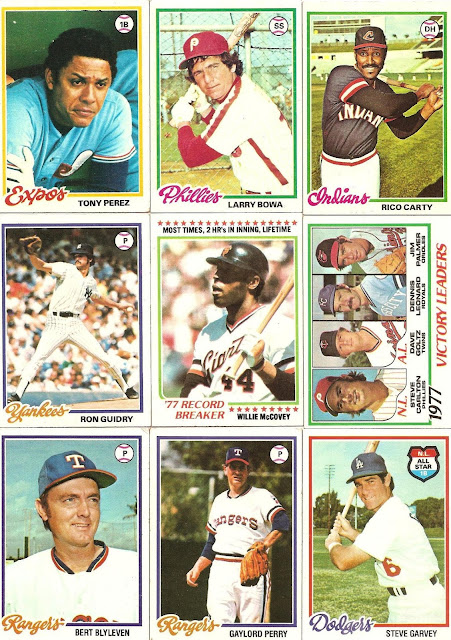 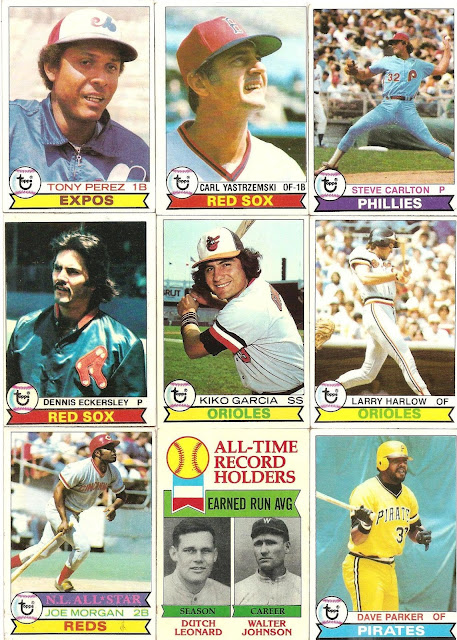 Don't forget to make your guess for the contest. How much did I pay for the vintage cards? More inline with what was the per card cost? Contest ends Wednesday night at midnight eastern time.


I will post the insert stuff at a later time, which means I have no idea. i still haven't scanned the inserts from that auction last summer, LOL.
Posted by Johnnys Trading Spot at 11:40 PM