Before I post the "new" additions to my Hammerin' Hank PC, I thought I go over a couple of things. One being I plan on posting the new additions to my PC, duh. But Obviously I can't post them all because that would mean everyday I would be posting another and that would for 365 days. BORING....for the most part.

Two is that 2.5 years ago I did update the A-E, and posted the A's and B's (C-E were scanned waiting to post). So even though it may not seem like it they are the short stacks, I assure the A's and B's are. However, I realized back then I couldn't scan them all and post them. That is how I fell behind in updating the PC's. Not scanning them just put them in a box. I'll get to them later,  HAHAHA. We all know how that turns out. Here we are 2.5 years later and I am only partially updating the accumulated keepers (I couldn't fit anymore boxes in my car on my last return home).

Three: before a card can hit the PC binders, it must clear the ranks. If it is a Brave, it must go there first, then to any set build or mini collection it may fit in. If it isn't a Brave, then first to the set build and then any mini collection before it can be placed in the binder. (BTW: Braves PC guy inserts/parallels etc are only needed once).

With that said, here are the updated Hank Aaron PC cards. 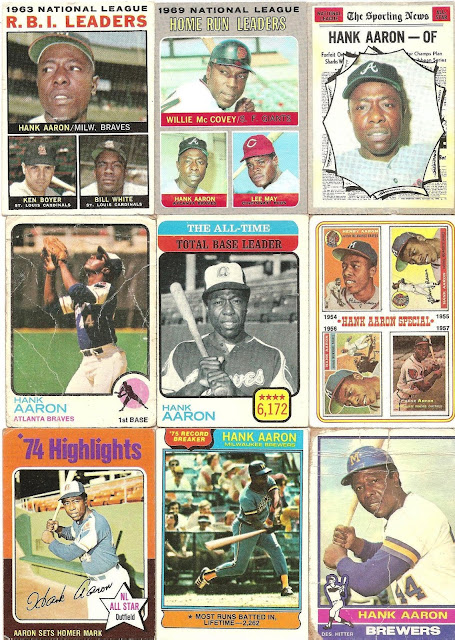 A couple of these are going to one day be upgraded, but for now it's all good. 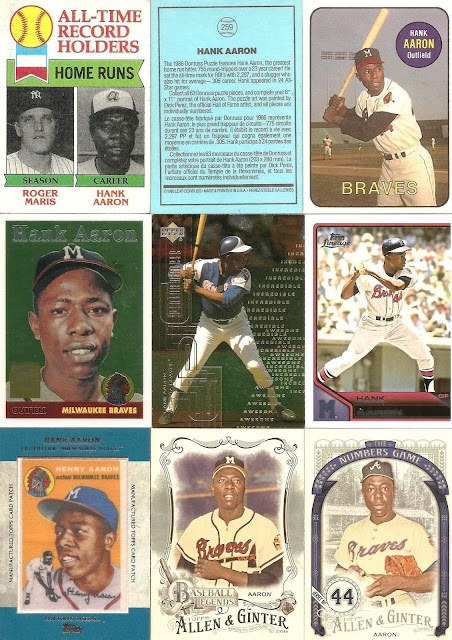 I purposely turned the backside of the middle top card over so that you can read the French. 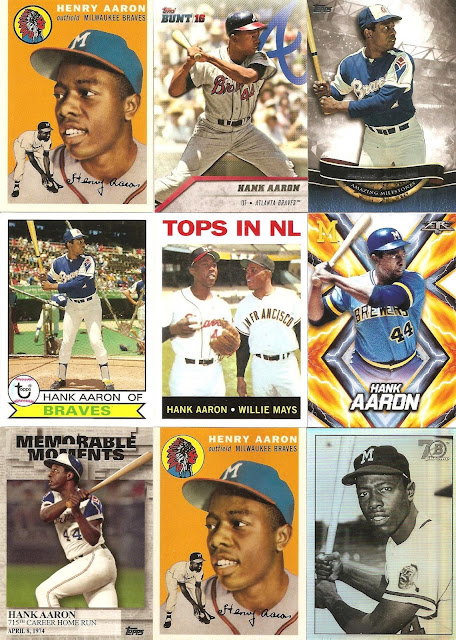 Wouldn't it be nice if those were actual 54 Aaron's? I do own one, but it is in the Braves team sets. They aren't even the same insert card. 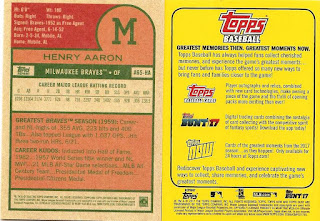 Well one is an insert and the other is promoting Rediscover Topps and the like. 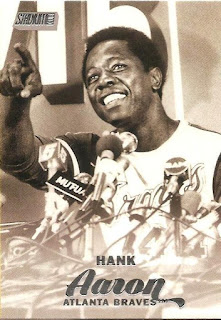 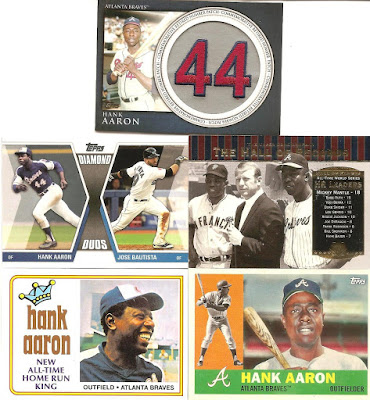 My current listed Aaron's are now at 144 different (keep in mind any base cards are actually doubles).