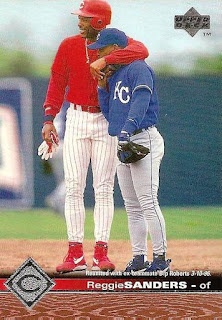 I guess the height  difference between Reggie & Bip could be a little freaky. 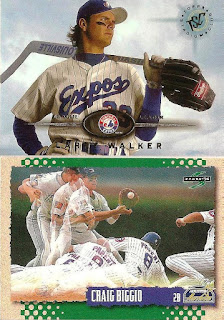 Hockey stick on a baseball card might work too. Then again so might the multi exposure cards. There are several of them in the 1995 Score. The Biggio is a Grand slam for me. Why you ask? 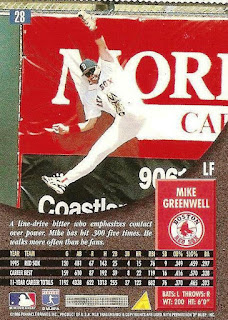 Wow, just Wow!  The card layout (backside) makes this leap look SO MUCH bigger than it was actually. but WOW. 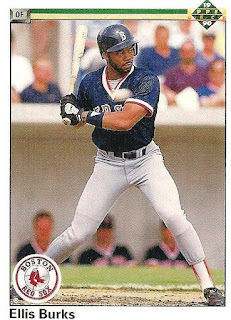 Why did Ellis make this post? Simple, clearly the ball is of no interest to him in this shot. 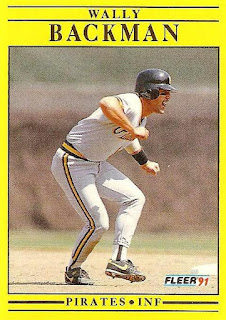 Okay, the facial expression is a little freaky to me. 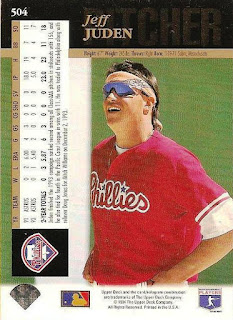 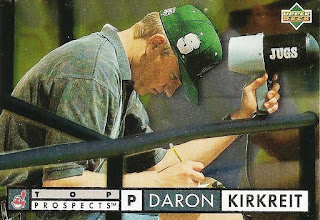 Easy one, Not everyday cardboard can you see JUGS on it. 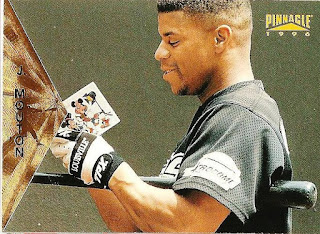 Mickey on a baseball card.