This second mailer came courtesy of Brian over at Highly Subjective and completely Arbitrary. 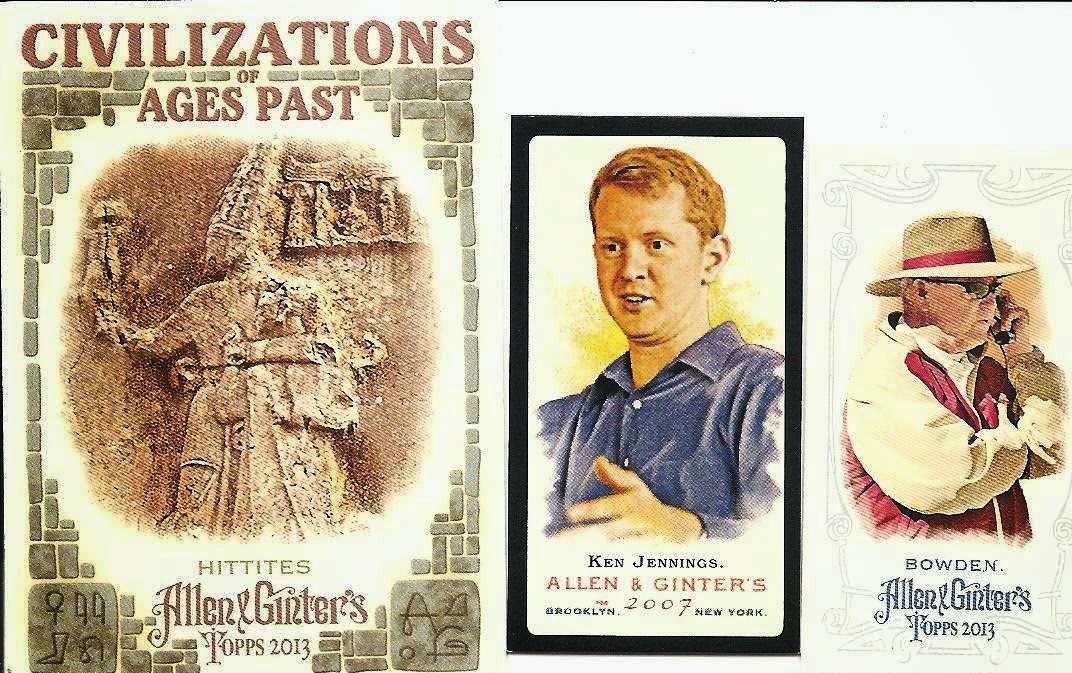 Brian had posted these (among others) up for grabs recently. The Civilizations is for me, The Ken Jennings is for brother a Jeopardy Junkie, and the Bowden, althoug my brother would like it too is going to my cousin Pat (short for Patricia) who is a Georgia girl who just happens to be a Seminole Fan. A year or two ago, I had picked  up an autographed Bowden 8x10  for her so this can go with it.

Brian just so happened to surprise me with these additions inside the package. This is the 2nd time he nailed my 65 want list with a 3 pack.

Brian and I have been swapping boxes, mailers, and PWEs quite a bit since he came flaming into the blogosphere.

At first I thought "why in the world would a Twins guys send me a Twin?", but then I remembered that HE had sent me a partial 93 Leaf set (one of the series), and then I picked up a box of the other that weekend, and found myself needing the card above. Brian graciously told me I had sent one to him in that huge Twins "dump" I did on him. So he sent it back to me. That Chipper was needed in the Hall Worthy binder. Gattis goes into the RC Cup binder.

Brian as always, thank you.


Posted by Johnnys Trading Spot at 3:03 AM